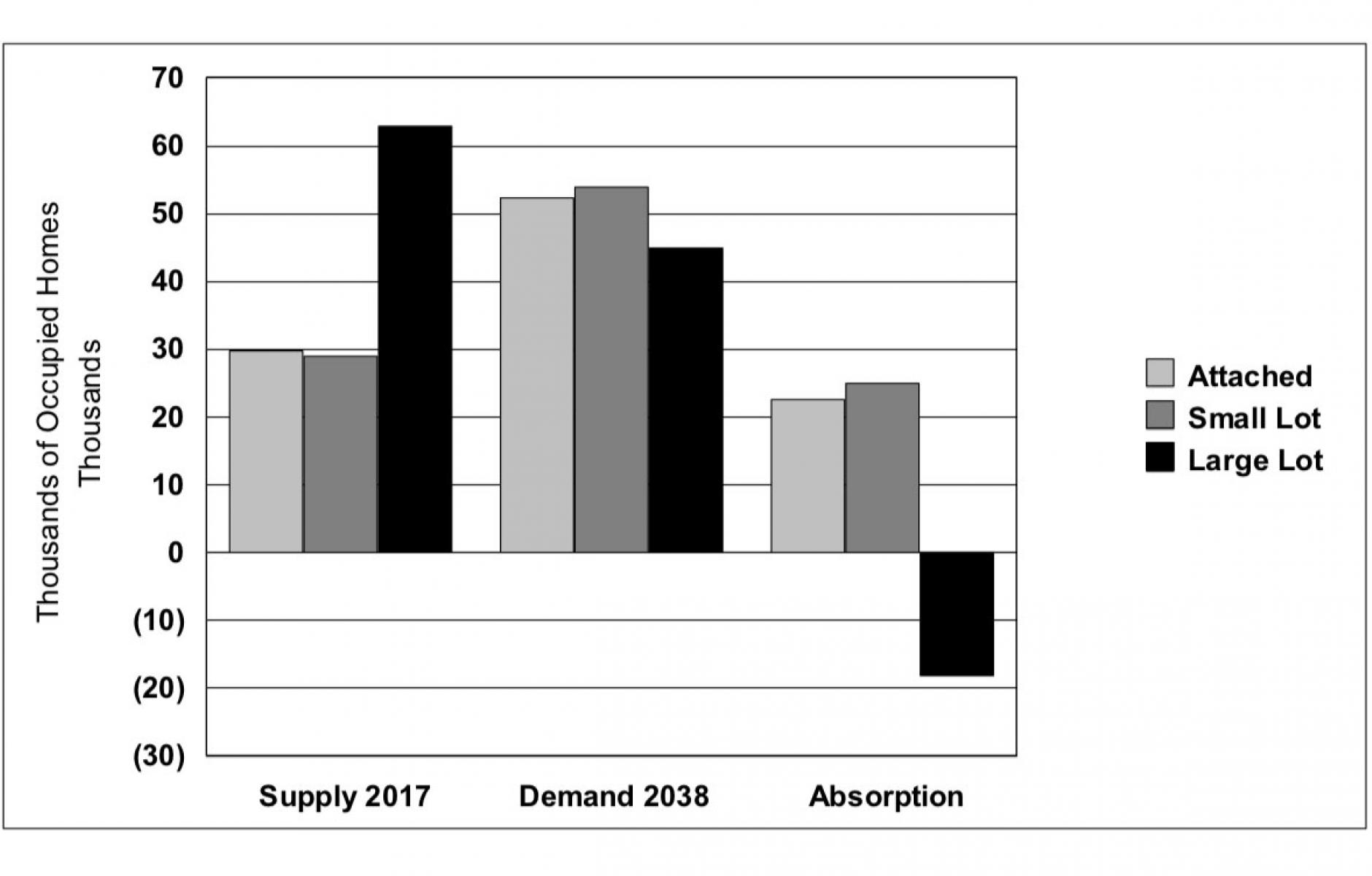 Graph shows the mismatch between supply and demand developing in the 2020s and 2030s. Source: Arthur C. Nelson
Markets

Arthur C. Nelson, of the University of Arizona, reports that preference for walkable communities and changing demographic needs will impact large-lot single-family housing. Changes in government policy are needed to avert a crisis.
ROBERT STEUTEVILLE   &nbspAUG. 24, 2020

A growing mismatch between America’s housing supply and changing demographics could trap millions of senior citizens in unwanted houses, according to a report by University of Arizona researcher Arthur C. Nelson.

The mismatch is brought on by an excess of large-lot single-family houses and a growing demand for walkable communities. Despite the desire of many senior citizens to age in place, they will eventually need to leave isolated single-family houses—and these houses will sell at fire-sale prices in many parts of the US, Nelson’s research concludes.

Government at all levels needs to reform zoning, financing, and other policies to head off significant-to-devastating real estate consequences, he says. He calls the impending problem “The Great Senior Short-Sale” in a paper published in the Journal of Comparative Urban Law and Policy. Nelson reports that “by 2038 there may be as many as 18 million more homes on large lots than the market wants. Aging- in-place or not, the sheer number of seniors leaving their homes will simply overrun the number of younger generation buyers.” Between 2017 and 2038 there will need to be:

In addition, the entire new demand for homes up to the middle of the 21st Century will be for houses in walkable communities, due to changing generational preferences. The market imbalance will not be felt in every part of the US. He describes three geographic scenarios:

Nelson recommends a variety of policy prescriptions in geographic areas described in 2 and 3 above. Many of these policy changes are in line with new urban principles and make sense for a variety of reasons. These include:

The good news is the “short sale” would make housing more affordable—but this is a double-edged sword, he says. “The silver lining of the looming glut of housing is that prices will be driven down and homeownership will be made more affordable (or less unaffordable) for those who are in the market. On the other hand, the looming glut may trigger the next recession.”

Because of demographic shifts will come slowly, this housing mismatch will take the nation by surprise if we don’t get ahead of it with changes in policy, Nelson says.