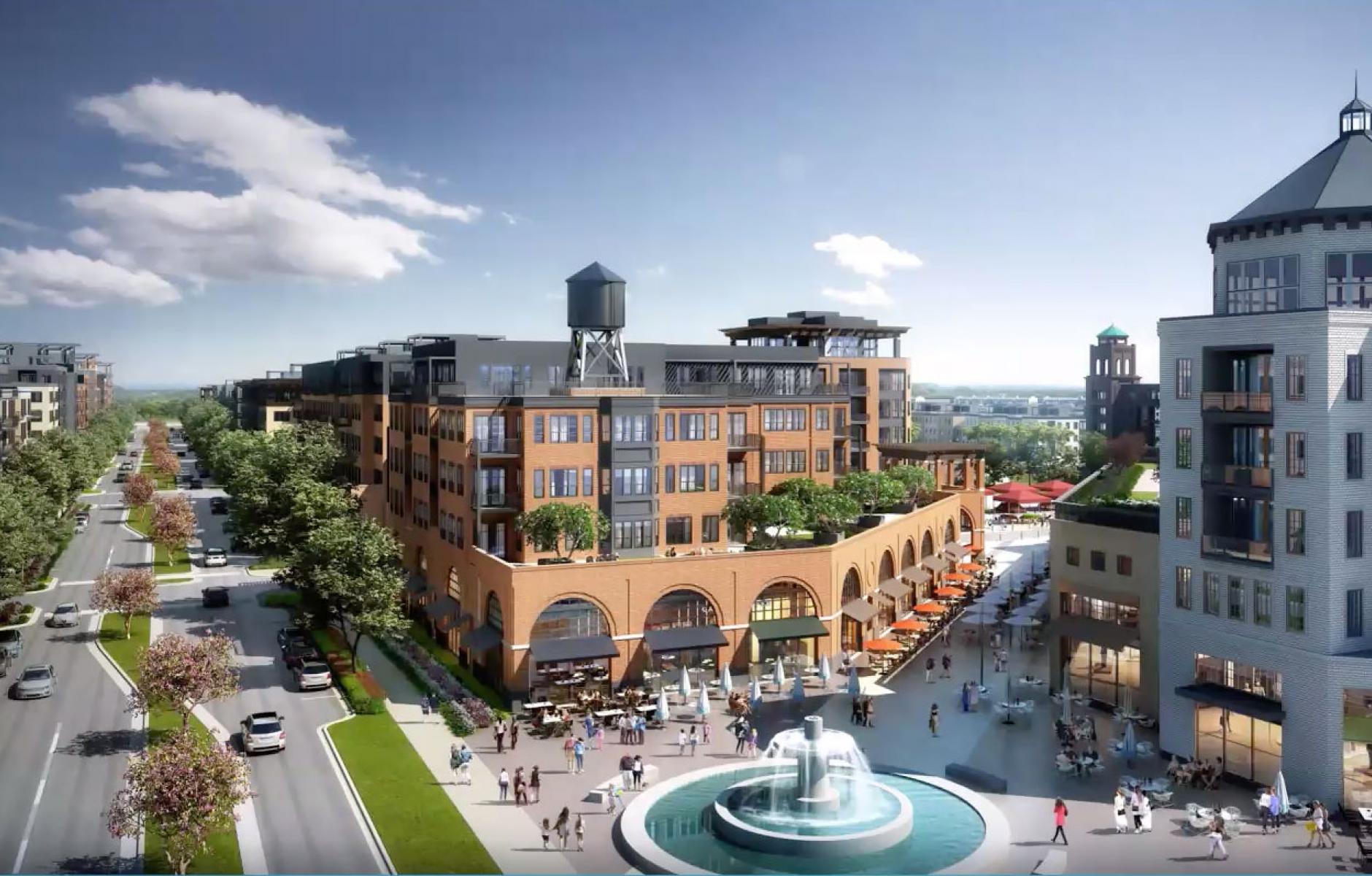 The Minnesota capital has major redevelopments underway, using principles of the Charter of the New Urbanism.
ROBERT STEUTEVILLE   &nbspJUL. 13, 2020

Saint Paul, Minnesota, is using principles of the Charter of the New Urbanism to design and develop two of the city’s most significant, large-scale projects of the coming decade.

Planners at CNU 28.A Virtual Gathering discussed ongoing redevelopment of the 122-acre former Ford factory site in the Highland Park neighborhood, and the 34-acre Snelling-Midway site in the Union Park neighborhood. Saint Paul recently surpassed its 20th Century population peak, and such projects will help the city continue growth over the next decade.

The principles are most obviously on display at the Ford site, which is being built on a connected network of streets with a wide range of housing, a mix of uses, a variety of public spaces, and connected to transit. The formerly isolated brownfield site, in the early stage of development, will be part of the future urban fabric of the city. The development agreement with the city was signed in late 2019, and housing units will be available in about three years.

The development is being built with 760 units of affordable housing—half of those are reserved for households earning 30 percent or less of the area median income, a poverty stricken demographic. The $250 million in affordable housing investment will be distributed throughout the neighborhood. Affordable housing is the number one policy priority of the city on the site, resulting in “some of the most ambitious affordable housing goals of any project that we have been involved in,” says Tony Barranco, senior vice presidents of the Ryan Companies, the developer. In addition, a portion of the market rate is being designed to be affordable, he says. “If it were not for the city making it a priority and Ryan working to make it go, I don’t think we would have been able to get there,” he says.

None of that was inevitable. Ryan Companies has coveted the site for a decade, but the original vision was far less ambitious than what eventually emerged. “A decade ago, this might have looked like quasi-suburban shopping center with residential,” he says. “It wouldn’t have looked like the dynamic urban place” that the plan now shows. “In that sense the process definitely worked.”

The site was closed in 2012 after 90 years making Model Ts and then Ford trucks—and typically such sites are cleaned to an industrial standard. The city insisted that Ford clean up the site to a residential standard, which enabled the current plan of a mixed-use neighborhood to move forward.

The vision of a connected, transit-accessible community on the Ford site is in line with the city’s vision plan of neighborhoods served by urban villages and transit-oriented developments.

The range of public spaces and connection to nature will add to quality of life. Next to the river, the Ford site is already linked to important regional trails and parks. Within the site, 55 acres of open space will be preserved in a series of urban parks of various kinds and sizes. Site planning began with the decision to preserve Little League fields on the site. Stormwater from both on and off the site will be captured in a central, recreational open space called Gateway Park with a lake featuring kayaking and paddle-boating. Around the lake will be a bike-ped trail with a 20-foot right of way‑across a street from planned urban buildings. If built as envisioned, the Ford site will be a destination for southwest Saint Paul.

Overall, the property is slated for 3,800 housing units, 265,000 square feet of office space, and 150,000 square feet of retail space. Once completed, more than a thousand full-time workers are expected to hold jobs on the site. And yet many residents in surrounding neighborhoods wanted to see a smaller, lower-density development program. The street grid, options for walking and biking, and connections to transit enables the project to accommodate traffic from a higher level of density, according to Menaka Mohan, the Saint Paul principal planner in charge of the site.

This former bus storage facility—and, before that, a streetcar yard—is on a key site located midway between the downtowns of Saint Paul and Minneapolis (hence the “Midway” name). This is an area of Saint Paul that has been disinvested in recent decades.

When the Minnesota United Major League Soccer team proposed a 20,000-seat stadium, the city was given a rare opportunity for a $250 million investment that could be a catalyst for mixed-use development. Ordinarily, a stadium of this size—which opened in April of 2019—is surrounded by parking. In this case, there are only two small surface parking lots—and these are scheduled to be developed after five years. The city and developer are instead using existing parking within walking distance of the site, including a nearby city-owned ramp. The site is served by two light rail transit stops—so not everybody needs to arrive at games by car. The nearly parking-free plan means the site can be developed as urban blocks, with a grid of streets and substantial mixed-use density.

The stadium is viewed as catalytic economic development, according Luis Pereira, planning and economic development director for the city. Tax-increment financing will pay for infrastructure of the site—including streets and stormwater facilities—allowing for the large redevelopment including office, residential, hotel, cinema and retail.

The Union Park neighborhood is immediately to the west of the Rondo, which was substantially obliterated by the construction of I-94 in the 1960s. The Rondo was the heart of the Twin Cities black population at the time. The trauma from what happened to the Rondo is close to the surface in this part of Saint Paul, the planners said.

The catalytic stadium development imposed a shorter time frame on the Snelling-Midway planning—reflected in the details of the plan, some of which are yet to be determined. The plans currently show market-rate, mid-rise housing, for example. This leaves open a concern over gentrification. One reason for a lack of affordable housing in the plan is the nature of the development, initiated by the stadium deal, says Josh Williams, Saint Paul principal planner. “It is anticipated, by me at least, that there will be future city dollars invested in the redevelopment—and I believe very strongly that this will include affordable housing.”

The Snelling-Midway site includes a variety of open spaces, including some that will serve the dual purpose of recreation and of rainwater capture. There will be tree trenches and rain gardens, and the planting will improve the tree canopy and reduce the urban heat island effect, he says.

One of the lessons of the project is the importance of partnerships, Williams says. The site is bordered by an Interstate highway, a state thoroughfare, a county-owned thoroughfare, and Metro transit owns part of the site and operates nearby transit stations. “All of the people have to be at table, and the right representatives from each agency, so that partnerships and trust can be built.”

CNU 28.A Virtual Gathering, which took place in mid-June, was originally planned as an in-person Congress in the Twin Cities. The session was called Applying the Charter of the New Urbanism to Large Infill Sites: Re-weaving the Urban Fabric.