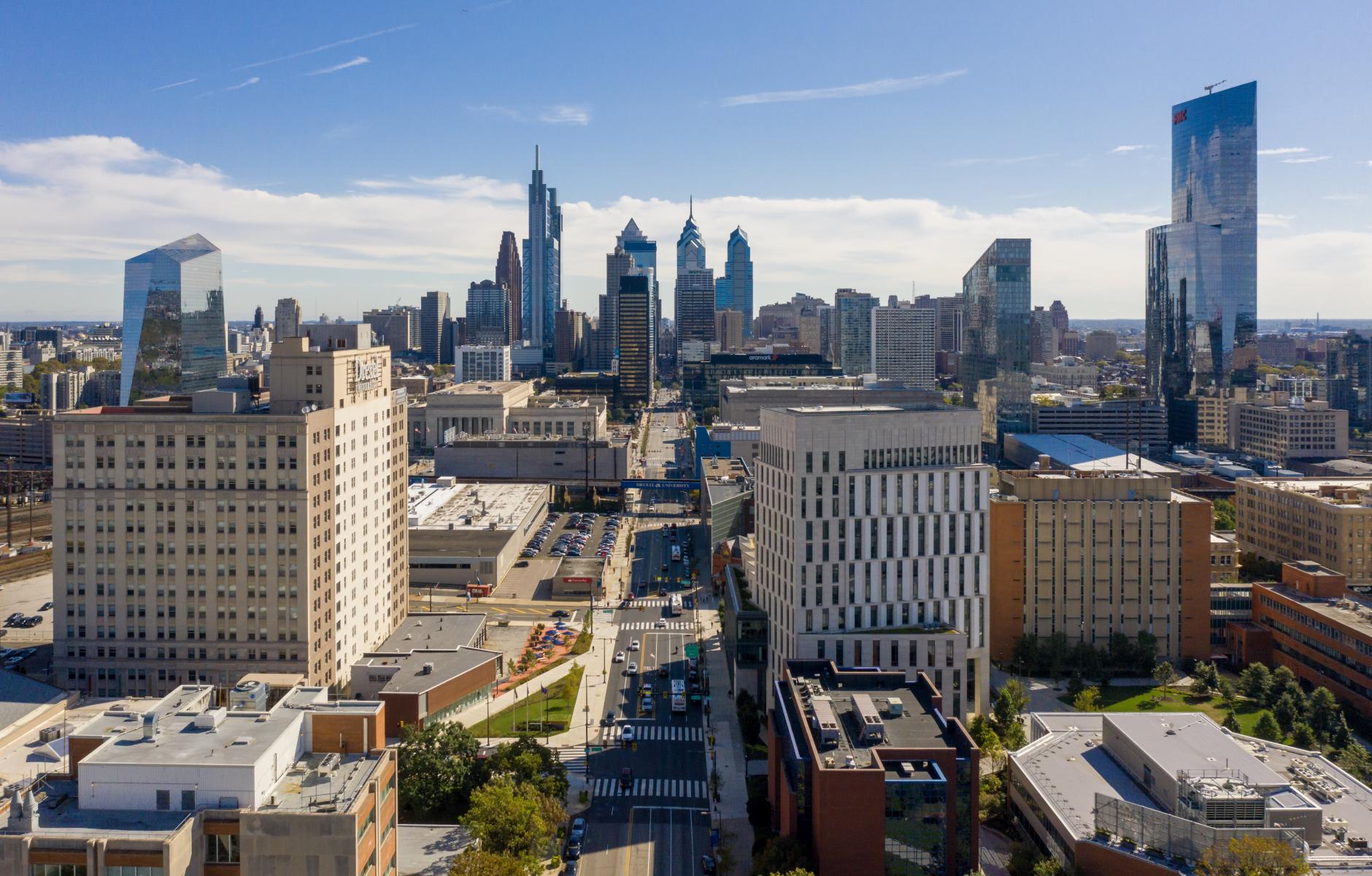 Equity, race, and placemaking: Reimagining how business improvement districts use their power

BIDs will be essential actors in picking up the pieces of COVID-ravaged urban economies, but the BID model, like all economic development tools, must adapt to fuel inclusive 21st Century places.
MATT BERGHEISER   &nbspJUL. 8, 2020

Three months of Zoom calls have taught us that every city planner in the country has a copy of Robert Caro’s The Power Broker prominently displayed on his or her bookshelf.

The Power Broker is a cautionary tale for those with power to shape city plans.

In contemporary cities, business improvement districts are powerful actors—sometimes the most influential urban planners in a particular place. At a time of necessary and overdue reflection, how do BIDs (business improvement districts) reimagine the way they use their power, not only to become stronger allies to Black communities, but also to actively shape cities that foster Black wealth and quality of life, and lessen the inequities that divide us?

BIDs—like University City District (UCD) in Philadelphia, for which I serve as President—are vehicles through which property owners join forces to finance and implement physical and commercial transformation—clean and safe streets, active public spaces, vibrant retail. There are nearly 1,000 BIDs in the United States, many of them funded by special tax assessments on commercial properties.

BIDs are complex organizations, made more complicated in these times; it’s not uncommon, for example, for police precincts to co-locate with improvement districts and concentrate patrol services within their boundaries. BIDs sit at fault lines of growth and equity, public safety and civic engagement, straddling societal fissures that have widened in recent weeks, and had an intense light shone upon them.

Unequivocally, improvement districts have played a central role in the U.S. downtown renaissance, working fastidiously to transform streetscapes, recruit retailers, program public spaces, and promote their cities to developers, millennials, empty-nesters and tourists, alike. As nimble long-term investors in cities, BIDs will be essential actors in picking up the pieces of COVID-ravaged urban economies. It is hard to imagine central business districts recovering without them.

But the BID model, like all economic development tools, must adapt to fuel inclusive 21st Century places.

As early adherents to the “broken windows” theory of aggressive enforcement against petty crime, how do BIDs reckon with the consequent incarceration—chiefly of people of color—for low-level offenses?

In our glossy reports, BIDs proudly present charts showing runaway growth in residential property values. But what happens when longtime residents are priced out of our boomtowns?

How do BIDs reimagine themselves to ensure that their traditional missions of promoting growth and vibrancy don’t offer vitality for some and exclusion for others?

At University City District, we have tried to make the choice between growth and equity a false one. In Philadelphia, nearly half of our jobs are clustered on just 3 percent of our land in the city’s central core. In a city desperate to attract good, dignified private sector jobs, a joint strategy of investing in our central employment district to drive job growth, and managing relationships to connect residents trapped in poverty to these jobs is essential. But the key for BIDs and all economic development organizations is to be intentional about equity in the same way we’re intentional about growth and place, not to tout buzz phrases like “inclusive prosperity” and then walk away from the real work of inclusion.

At UCD, this real work began in 2011 with the founding of the West Philadelphia Skills Initiative. This job training subsidiary of our BID connects local employers seeking talent with unemployed community members seeking opportunity. The Skills Initiative responds to a palpable opportunity divide: one square mile of our district is home to 80,000 jobs and $5 billion in recent real estate investment; in the five neighboring zip codes, one-third of the population lives in poverty.

In its nearly 10-year history, the skills Initiative has served more than a thousand jobseekers who have collectively earned more more than $42 million in wages. Most importantly, inclusion is now part of our BID’s DNA and value proposition. This essential work is not charity. Rather, it centers on delivering business value and real talent solutions to our constituent employers. After all, BIDs routinely promote cities as magnets for talent, but rarely tout the worth of the talent that fills neighborhoods in the shadows of downtown office towers.

At UCD, our talent strategy connects back to our improvement district roots. Through the Skills Initiative, we’ve trained scores of public safety personnel for a national security firm; many are employed as safety “Ambassadors” on our own BID crew. It is this role, common across BIDs, that deserves mention as we contemplate 21st Century policing. When BIDs grapple with people in distress in public spaces, or those struggling with mental illness or experiencing the tragedy of homelessness, we typically send our trained staff—unarmed, often local residents themselves—to diffuse situations, to offer outreach and a helping hand, to act as a guardian or neighbor might. As Patrick Skinner—a Georgia police officer and former CIA operations officer who has spoken and written extensively in the last several weeks about good policing—remarks, “The closer we get to our neighbors, the safer we all are.”

This is all promising and important work. But it is not enough.

If we take an honest look at our own organizations, UCD included, we see we have not adequately shaped leadership pathways for diverse city planning talent. As our collective boards reflect a homogenous group of property owners in our cities, BIDs have not universally diversified our governing structures to engage new voices and ideas.

Further, if we don’t deploy the power of the BID in new ways for a new age, we run the risk of undoing the good work that was done to bring downtowns back from the brink. Equity is growth, in many respects, as the weight of poverty and the confines of discrimination hold our cities back in innumerable ways.

Let’s be as resolute about partnering with the criminal justice system to build diversion and alternative sentencing programs as we’ve been about patrolling downtown streets.

Let’s ensure that the people to whom we turn to help define “quality of life” truly reflect the diversity of the city itself, and that our flagship public spaces and signature events are designed to welcome all.

Let’s build on the humanity of our outreach to those experiencing homelessness, and lead coalitions of business interests to ensure our cities prioritize and invest in affordable housing.

And while we fight to capture consumer spending in our commercial districts, we’re quiet when the fight to grow the local minimum wage comes to our doorstep. Let’s rise to the moment to change this, as even when racism-fueled violence is not dominating the news, economic violence ravages Black families in our cities every day.

Just as there are no places in our districts that BIDs disregard, there are no neutral spaces anymore for the issues that confront us. 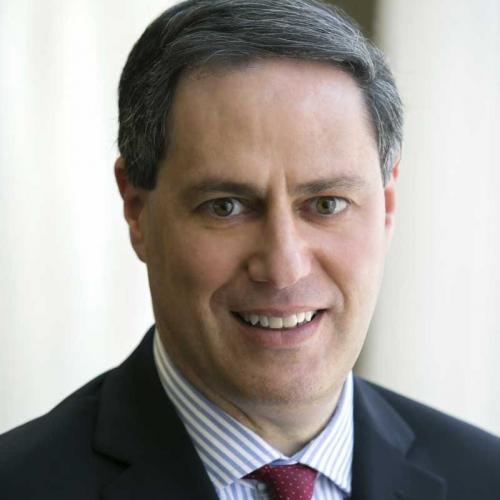