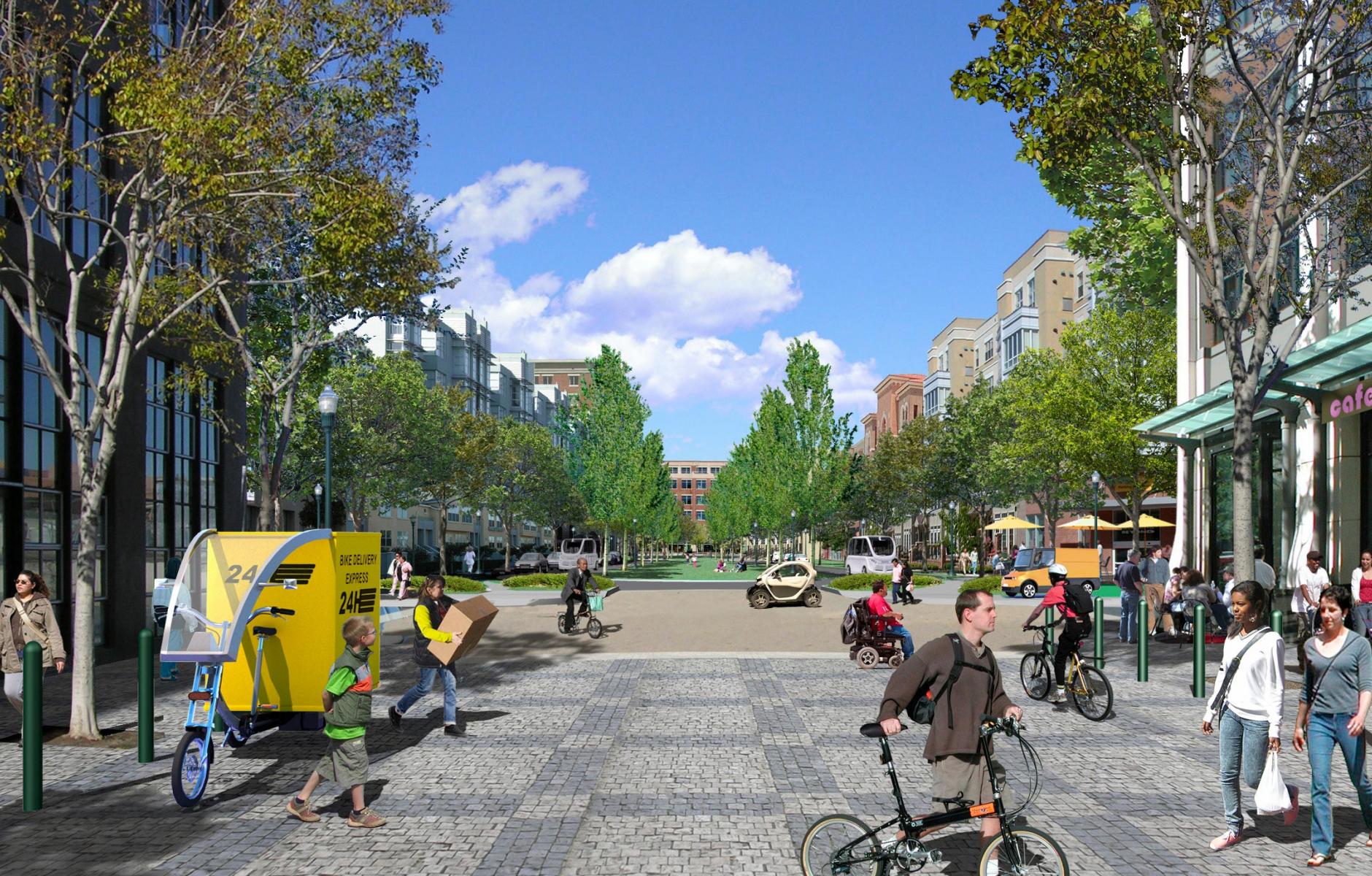 If you are a certain age, you will remember the days when passengers were allowed to smoke on airplanes. If you are not old enough to remember, be assured, it was not pleasant. The idea that one would be confined, for hours at a time, in a crowded tube breathing smoke-filled air is hard to fathom today, and yet it was the accepted norm up until the total ban on in-flight smoking in the year 2000.

Today, one can draw a parallel with vehicular exhaust in our cities. City-dwellers are forced to tolerate the air pollution and grime that coats our streets and sidewalks as the result of our acquiescence to the automobile and its internal combustion engine. But like smoking on an airplane, some day we may look back and wonder how we ever put up with breathing exhaust-filled air in our city streets and sidewalks.

The impact of the automobile on air quality has been highlighted by the recent Covid-19 virus outbreak and the resulting quarantine which left many cars and vehicles parked. Across the internet, we see images of clear blue skies over cities that are normally seen through a filter of smog. The pollution from vehicular exhaust not only hangs in the air, but also covers every surface (including poor plants!) with a layer of soot and grime. This is most problematic in our largest and densest cities where there is less open space to disperse the pollutants and less air circulation at ground level.

But shouldn’t city dwellers enjoy the same access to clean air as those in suburbs? Generally speaking, urban dwellers that have shorter commutes and a higher rate of transit use have a less adverse environmental impact than those in the outskirts commuting in and out of cities. Yet people living in cities suffer more from the consequences of automobiles and their vehicular emissions that invade their city every day.

With the ever-improving performance of electric-powered vehicles—from autonomous shuttles to new forms of micromobility—and a growing realization that quality of life is not all about moving traffic, there is no reason that we can’t have city centers that are cleaner, healthier, and safer than what we have today. It’s time to clear the air for city dwellers!

Within the densest, most urban areas of our cities, we should create zones that are free of fossil fuel exhaust—akin to the no-smoking sections of our passenger planes of the past. In time, these areas can be expanded, and perhaps one day all parts of the city can be exhaust free.

Some of these zones may prohibit vehicles entirely as they are doing in many European cities. Other zones may only permit vehicles that can intermingle with pedestrians in a safe way. Whatever specific strategy is undertaken, getting car exhaust out of city centers will have many benefits. Not only will city dwellers be healthier, cleaner urban air could reintroduce the use of operable windows that bring in natural ventilation, thereby reducing energy consumption. In addition, a zone free of fossil fuel burning engines will be much quieter than today’s urban centers, further enhancing quality of life and well-being.

Of course, not all pollutants in the air and on surfaces come from car exhaust. Particulate matter also comes from the wear and tear of car tires. Industry, power generation, ocean and air transport external to a city also play a part in polluting the city’s air, but motorized vehicles coming in and out of the city and within remain the primary source of urban air pollution.

Some critics maintain that although electric vehicles are clean, the power plants that provide their electricity may not be. According to the Union of Concerned Scientists, electric vehicles nevertheless are a cleaner solution even when their power source is derived from fossil fuels. “Now 94 percent of people in the US live where driving an EV car produces less emissions than using a 50 mpg gasoline car.”

As dirty power plants are replaced by renewable sources, electric vehicles become a cleaner and cleaner option. Electricity from coal has fallen from 45 to 28 percent in less than a decade. If vehicles in urban centers were required to be electric and restricted to smaller sizes and limited numbers, the change in urban air would be dramatic.

Pollutants are only one of the negative byproducts of relinquishing our city centers to automobiles at the expense of human inhabitants. Cites must also address a more balanced allocation of the public right-of-way to accommodate pedestrians and new forms of micromobility. The weight and speed of cars should be regulated to protect pedestrians, cyclists, and others who share the public right of way.

Yes, cities still need to facilitate movement by machines, but they can do so in a way that does not jeopardize the health, safety, and enjoyment of human inhabitants. Streets are not just for movement, they should also accommodate just being … sitting, gathering, lounging, and playing.

European cities are leading the way. London has established Ultra Low Emission Zones, which charge additional fees for polluting vehicles that enter the city center. Paris is also placing restrictions on emissions and converting vehicular laneways to pedestrian and bike use as part of its 15-Minute City initiative. While some cities, like New York have similar aspirations, North American cities seem to be lagging when it comes to bold, human-centric plans.

Here we are in 2020. We have almost ten years until the start of the next decade. That is a pretty good “chunk of time” to implement some major changes in the way that transportation functions within the inner city. There will be some pace-setting cities that will act quickly and serve as models for others, but ten years should be a goal for all. Further, with the emergence of autonomous vehicles (and who knows what other technology), there is no better time to set some parameters that can factor in new technology and direct it in a way that improves quality of life. Planners failed to get ahead of suburban sprawl development in the last century and should not make the same mistake again.

Cities that implement such plans will have a competitive advantage over those that do not. Today’s younger generations value health and quality of life, and aging generations can benefit from a city that is less car-dependent and better adapted to walking and other forms of mobility.

The time is now to begin work on creating cleaner, healthier, safer, and more humane cities! 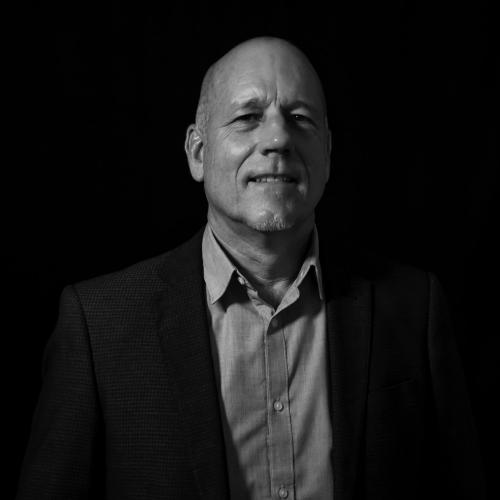 Michael Huston is a licensed architect and urban designer based in St. Petersburg, Florida. He is owner of Urban Arts Inc and principal at Civic Plan Studio. Previously, he was a senior designer for DPZ CoDesign. He blogs at TheEmpiricalCity.com 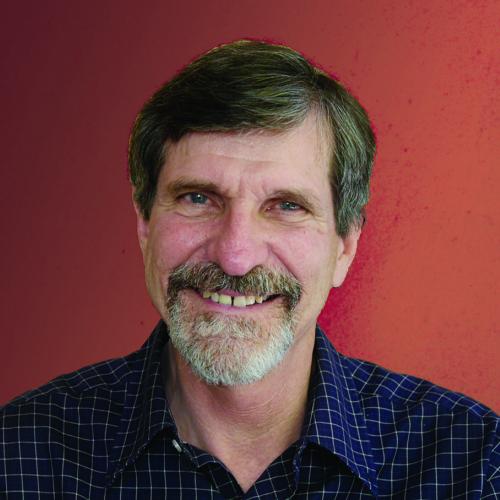