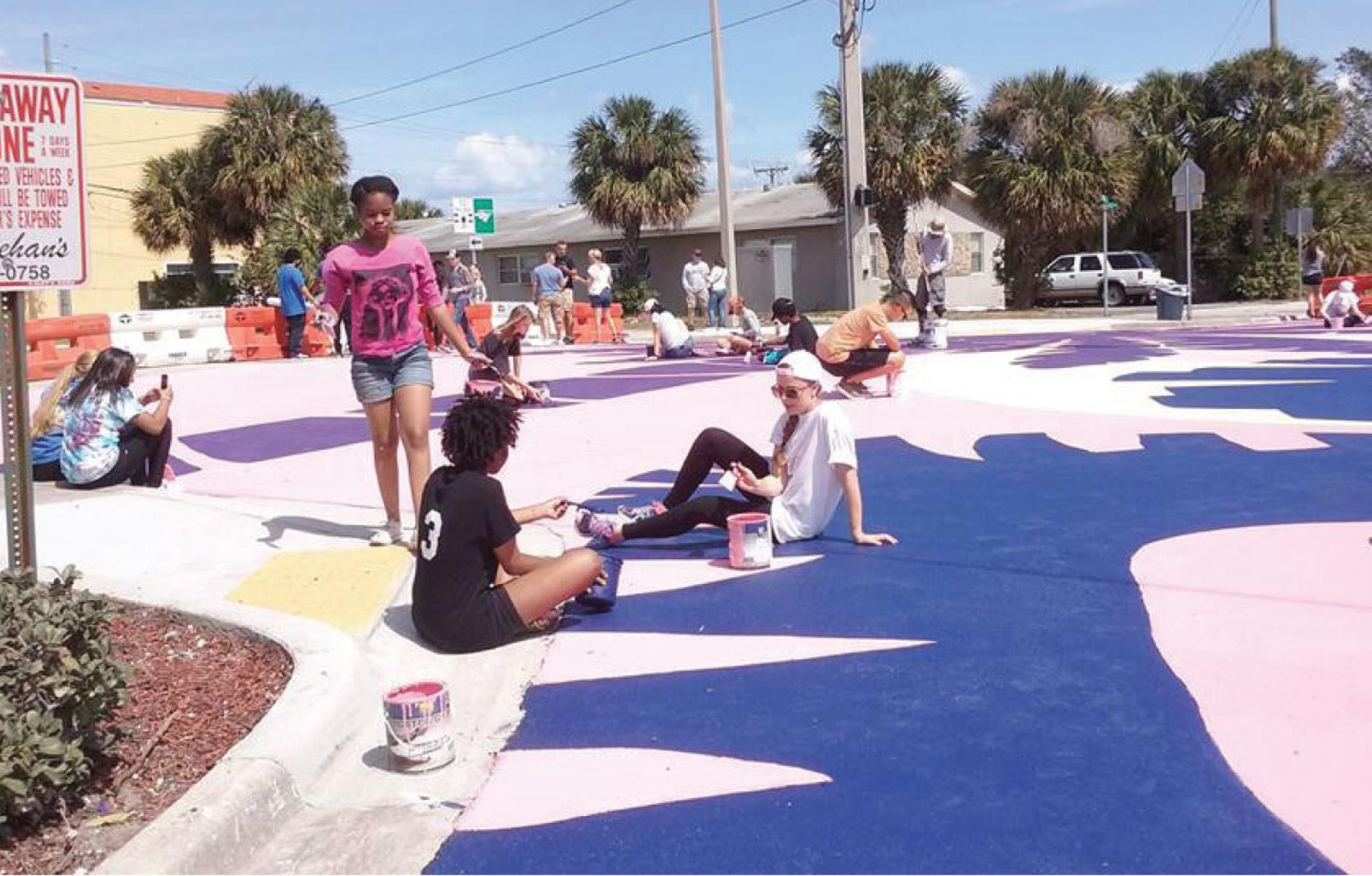 Transforming streets and vertical infrastructure through art is an important tool for enlivening cities this summer.
ROBERT STEUTEVILLE   &nbspJUN. 16, 2020

As cities reopen around the US, many are creating outdoor gathering spaces for dining and other activities. Indoor spaces are more risky than outdoor spaces, according to the Centers for Disease Control.

In mixed-use districts and downtowns, often street space is being temporarily converted to multipurpose gathering space. A fun way to do this is to use “asphalt art”—a booklet released last fall by the Bloomberg Philanthropies and Street Plans Collaborative is a great guide to this activity. The authors define asphalt art as a new category of public art on roadways, pedestrian spaces, a vertical pedestrian infrastructure.

Many of these projects resulted in improvements in public safety in addition to beautification of the public realm. “The Cool Water, Hot Island mural in Times Square, by Molly Dilworth, led to a decrease in pedestrian injuries,” says Street Plans Collaborative. “After the mural was installed in 2010, injuries went down by 35 percent, despite the fact that pedestrians started frequenting the space more often.”

With paint and planters, communities can transform former intersections into plazas, or abandoned underpasses into an active urban spaces. Here are some of the case studies in the book:

The Asphalt Art Guide breaks down the complex process of creating art in public spaces so that cities can empower citizens.