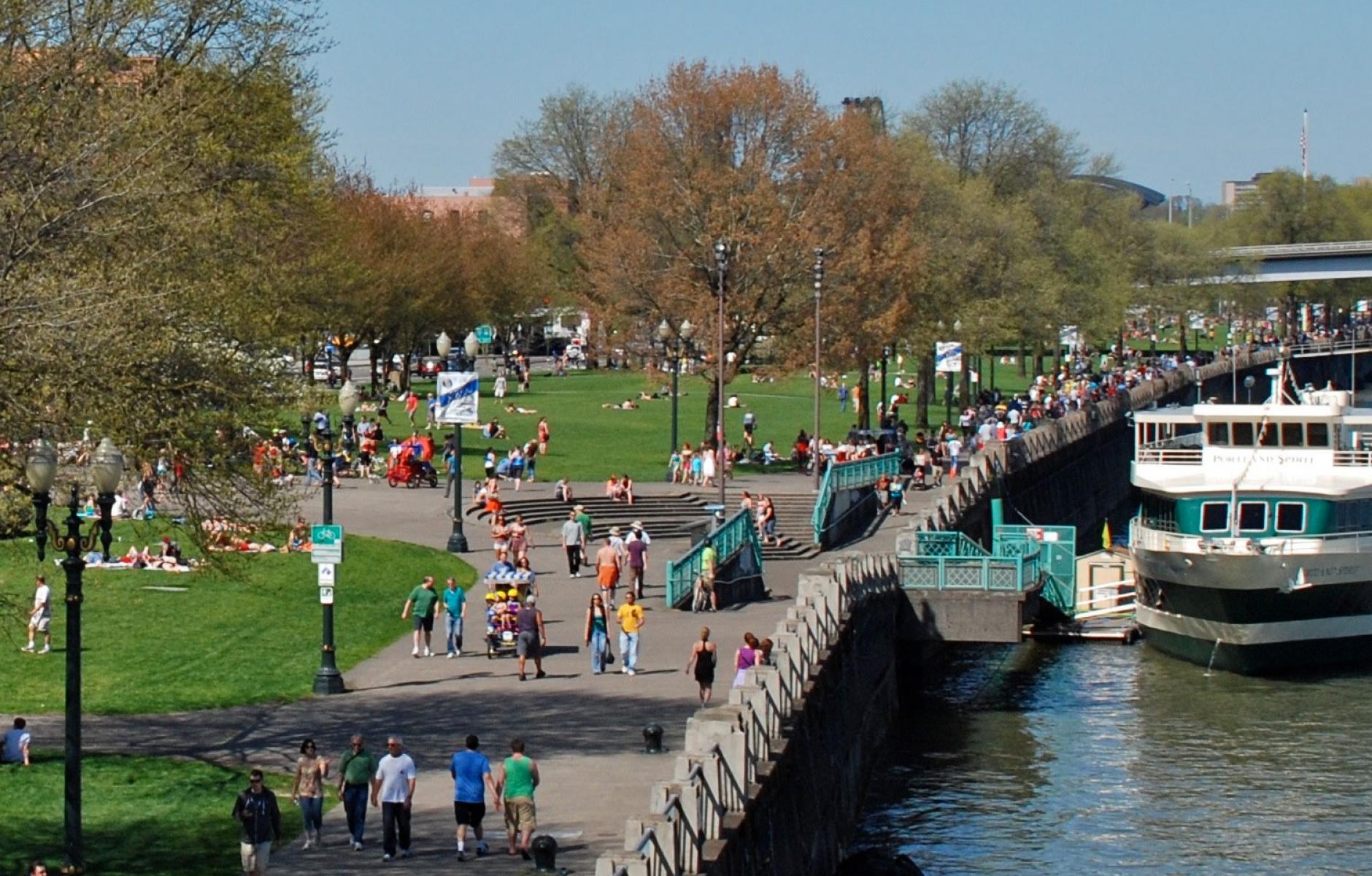 Carrying on the work of Christopher Alexander

A New Pattern Language for Growing Regions provides 80 new patterns, in the format of Alexander’s classic architecture book, and is a worthwhile read for urbanists, planners, and designers of the built environment.
ROBERT STEUTEVILLE   &nbspFEB. 19, 2020

Architect Christopher Alexander’s 1977 book A Pattern Language has been highly influential in software, inspiring “design patterns” that have become industry standard, and influencing the creation of sites like Wikipedia, notes urbanist and author Michael Mehaffy. By contrast, new pattern development in the built environment has been relatively limited—despite A Pattern Language’s popularity as a perennial architectural bestseller, he says.

With coauthors Yulia Kryazheva, Andrew Rudd, and Nikos Salingaros, and many contributors, Mehaffy seek to fill this void with A New Pattern Language for Growing Regions: Places, Networks, Processes.The 363-page book offers 80 new patterns of all kinds and scales—from regions to neighborhoods, special-use districts, major thoroughfare networks, tiny lanes, parks, and even construction materials. The book goes beyond architecture and urban design to covers implementation and regulatory tools like a form-based code or tax-increment financing in the same pattern format. One can imagine new books of patterns emerging, further expanding Alexander’s original 253.

A New Pattern Language for Growing Regions is helping to fulfill the hopes of Alexander. As he wrote in 1977: “The fact is, we have written the [the original] book as a first step in a society wide process by which people would gradually become aware of their own pattern languages, and work to improve them … .”

The format closely follows Alexander’s original book. Each pattern includes an “iconic name; representative photo; links to previous patterns; statement of the problem; discussion; conclusion (“therefore statement”); and links to subsequent patterns.” One might suppose that the repetition of the same literary form, describing scores of patterns, would be tedious. Instead, it is reassuring and useful. It takes a bit of reading to get used to the format, but when you do, your mind can assimilate the material easily, like books organized into a library. That’s one of the strengths of the pattern language format.

Relatively new concepts are explained, such as the “Jacobs Curve,” which describes a balance between urban disinvestment and over gentrification, both of which are harmful. The pattern called “urban regeneration” concludes:

“Avoid going too far with regeneration, which results in what [Jane] Jacobs called the ‘self-destruction of diversity’ Our goal, not only as planners and designers, but also as policy leaders and citizens, is to implement policies and tools to resist the destruction of diversity on either side of the curve. In existing neighborhoods, our challenge is to restore diversity with policies that can recognize when ‘enough is enough.’ ” That’s an appealing goal, although it is less clear how one achieves it. The pattern format is good at clarifying a concept, not necessarily working out all of the details of how you get there.

The book doesn’t shy away from controversial recommendations, such as one involving building heights. One of the patterns, “level city,” takes a stand against skyscrapers:

“Maintain a building height limit of typically no more than ten stories, together with incentives for maximizing infill of buildable sites, aiming to produce a continuous and efficient urban form. Allow taller structures when they are civic monuments and public buildings, and when they assist with wayfinding. Allow variations in density, while assuring a continuous walkable urban fabric.”

And yet, assuming that this book spurs more built-environment pattern work, I could imagine somebody else identifying a pattern that includes tall buildings.

I really like the patterns with simple, clearly worded, conclusions. Here’s the recommendation on design of “small groups of elements” on buildings:

“Follow a rule of thumb of grouping elements, and making groups of groups — especially twos, threes, and fours. Avoid designs that repeat more than nine elements at any one scale.” This pattern sticks in my mind, and, along with other patterns like “human-scale detail,” is helping me to better analyze why I do or don’t like buildings.

Contrast that pattern with the conclusion for the “Smart AV system” pattern:

“Do not allow autonomous vehicles to be used as ‘roving living rooms’ by occupants. Institute progressive congestion charges that make it increasingly expensive to remain in a vehicle for more than a reasonable amount of time (with a hardship exception for those who must travel long distances, or travel frequently). Instead, encourage AVs to be used as shared vehicles on a timeshare rental basis. Provide in addition for lower-cost, multiple-passenger AVs such as shuttle buses and fixed-route rapid transit vehicles. In every case, do not allow AVs to degrade the urban fabric, but employ them to protect and enhance existing environments.” Doesn’t quite stick in the mind, does it?

There is good advice in the “smart AV” pattern, but the conclusion needs refinement. A “Smart AV system” may need to be divided into several patterns. Autonomous vehicles are so new and speculative that it may take a while for clear patterns to emerge.

I don’t think all of the pattern advice is great. Here is part of the entry for street trees:

"Many neighborhoods have lost huge numbers of trees due to disease (for example, Dutch elm disease). It is therefore important to pick hardy, climate-appropriate species, and mix them so that a die-off of any one species will not denude the entire street."

The species mixing recommendation is conventional wisdom, but who can name a huge die-off of street trees besides Dutch elm? This occurred from the 1950s to the 1970s in the US. Such die-offs are not common. Yet the thorough mixing of species is now common practice, and it has eliminated the beauty of continuous rows of similar trees on both sides of blocks, a technique that has created beautiful allees for centuries. Why not vary the trees block to block, so the worst that can happen in the rare event of a species dying is a single block is denuded? Even the old practice of alternating streets (think Maple Street, Locust Street, Elm Street), minimized the damage in the event of a die-off. The book mostly has more sophisticated advice, and I hope this pattern will be remedied for with further refinements.

A work in progress

A New Pattern Language for Growing Regions is intended to be refined and expanded. “There is also an on-line companion ‘repository’ that includes these patterns as, in effect ‘seed patterns,’ which can be edited, deleted, added to, and used in any other way desired,” the authors writes. “It can be found at npl.wiki. We hope very much that this on-line version will lead to the evolution and use of many more patterns.”

Mehaffy and his team have performed a valuable service. The pattern language format, as conceived by Alexander, has proven to be a powerful tool across many disciplines—not the least of which is architecture and urban design. It is high time that somebody carried this work forward in the field of urbanism. That project alone makes this book worthwhile. Beyond that, A New Pattern Language for Growing Regions is a worthwhile read for its own sake. It gives the reader much to think about—and remember.