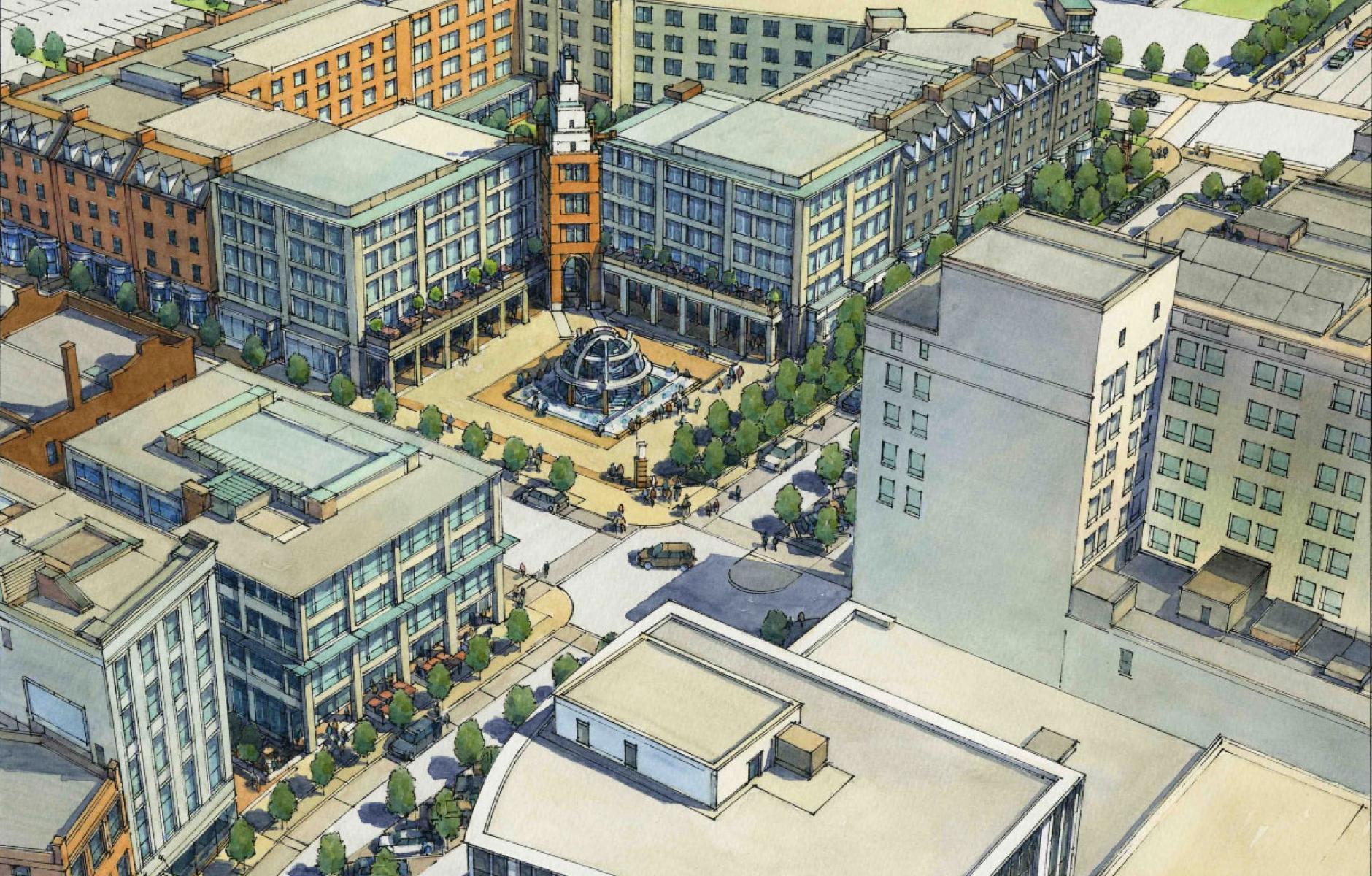 Rendering by David Carrico.
Got A Minute

Build an urban sequel to A Christmas Story

Note: Hammond, Indiana, is seeking proposals from developers to build in a downtown that has recently ad­opted a new urban plan, is creating a new rail connection to Chicago, and has committed to a transformation of the downtown main street.

When I was sick with a bad cough in December, I watched A Christmas Story for the first time, and I laughed so hard that I could barely catch a breath for two hours. The story is based in the Rust Belt city of Hammond, Indiana, a satellite city of Chicago that has fallen on very hard times since the movie was set circa late 1940s.

Yet downtown Hammond could be poised for a rebirth. We recently published an article by urban designer Jeff Speck. The design of the street transformation is a inspired by the super-successful redo of Lancaster Boulevard in Lancaster, California. In an email, Speck describes the project below:

The biggest news since my last outreach is probably the completion of our plan for Hammond, Indiana, which I did with my good friends at Stantec Urban Places. What used to be the second largest downtown in Indiana (and the inspiration for A Christmas Story) is now basically a highway with no viable retail. Great leadership has secured a new railway stop that will make it a convenient commute to the Chicago Loop, giving realistic hope for a rebirth. Our plan successfully relocated the rail stop closer to the downtown’s heart, re-stripes every downtown street (some already completed), and provides a framework for shaping housing demand into a collection of new public spaces reinforcing a rebuilt main street.

One feature of the Hammond plan is a rebuilt main street, four blocks of Hohman Avenue, that will look familiar to astute readers. It was modeled on an amazing success story, Moule & Polyzoides’ redesign of downtown Lancaster, CA. As discussed in Walkable City Rules, "this $11.2 million main street transformation completed in 2010 has created an estimated economic impact of $282 million while doubling pedestrian activity, reducing injury crashes by 49% and pedestrian crashes by 78%, and leading to the opening of 57 new businesses, the creation of more than 800 new housing units—most of them affordable—and the estimated creation of 2,000 jobs.”

Willingness to copy success—historic and recent—is an important quality of New Urban practice. I normally advise against rebuilding since re-striping is so much cheaper, but the Lancaster example gave us confidence. Remarkably, like in Lancaster, this plan is likely to change a street that currently handles 15,000 car trips per day into one that handles only 11,000—parallel routes are available—but a wise city engineer understood that prioritizing downtown success was paramount.

Remaking its main street will be the City’s principal investment in the first phase of the plan. Additionally, the City is seeking a developer whom it would support in the plan’s first private investment, about 200 apartments at the street's key intersection, pictured here. A Zimmerman/Volk housing study found very strong market support for housing downtown, and the City understands that people living downtown is key to its success. New Urbanist developers are invited to find out more at www.gohammond.com/downtown/.