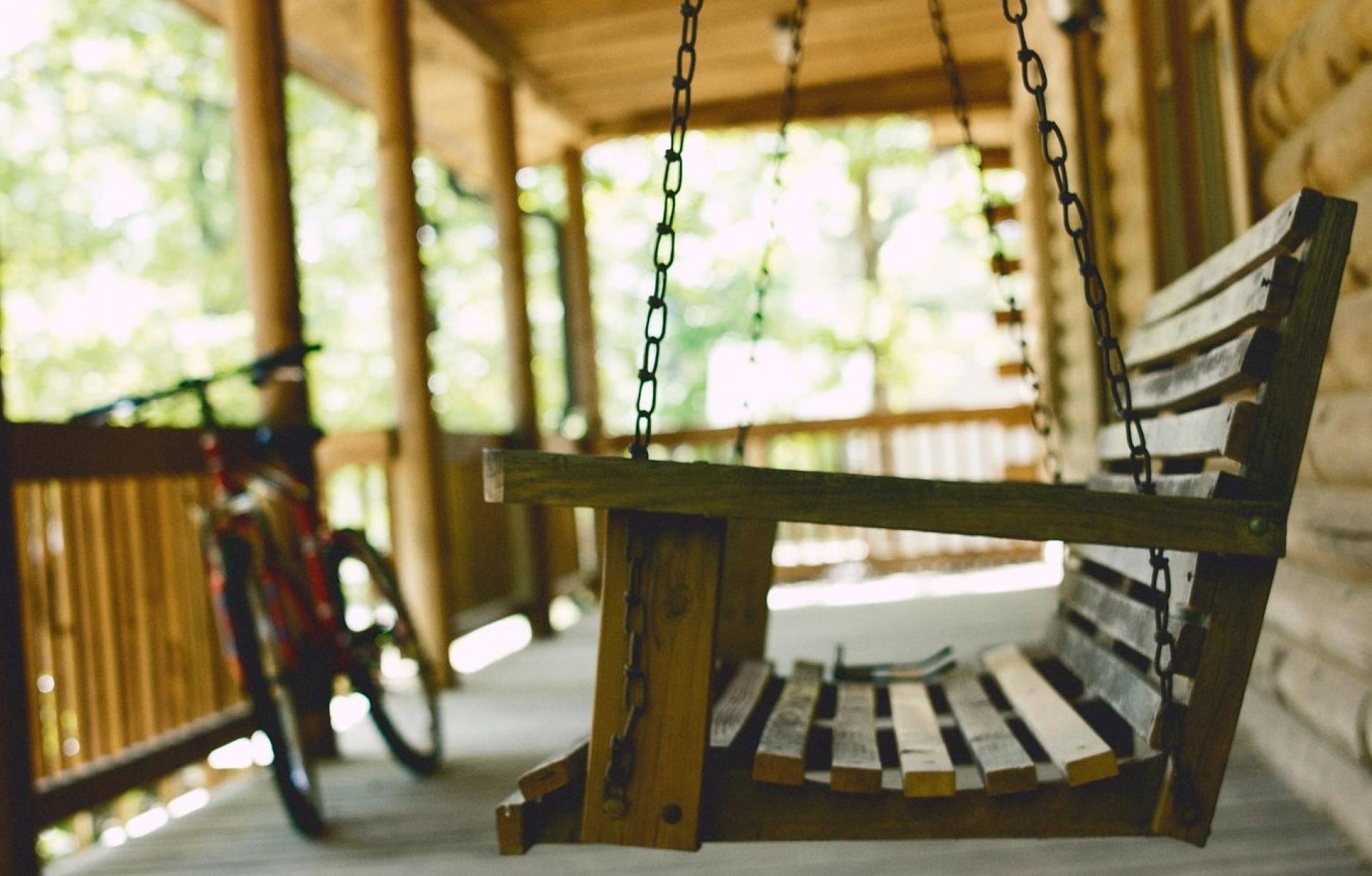 Refuge and prospect: The front porch

My approaching birthday has me taking stock, as approaching birthdays do. This year isn’t a milestone — I’m merely being ushered into my (write it!) late 40s. But I’m passing another sort of milestone. I moved to the South when I was 23. This birthday means that I’ve been a Southerner over half my life.

Adopting a home past the age of reason means that the home’s traditions are not automatic, imbibed with the mother’s milk. Instead, any adoption is weighty, self-conscious, for it implies a signing-off. Such was the case for me with “y’all.”  I’d always loved the word — it’s melodious, it’s gender-neutral (as opposed to my native Chicago’s “you guys,” or, worse, “youse guys”), and it fills a pronoun hole in the English language. Nevertheless, I shied away — I didn’t want to be accused of playacting, appropriating. Yet over the years, when the pronoun slipped out, no one seemed to think it odd. Finally, when my own toddler began to drawl “y’all,” I stopped fighting it.

Nowadays, having birthed three wild Mississippi children, I not only embrace “y’all,” I occasionally bust out with the seemingly redundant — but actually usefully emphatic — “all y’all.” As in, “All y’all better stop fightin’ or I’m fixin’ to cancel your birth certificates.” No, I don’t really say that. They don’t have birth certificates.

While I slowly adopted some Southernisms, others were easy rejects. (I’m just going to say it: Boiled peanuts are nasty.) And some traditions were not adopted but adapted. For example, friends know to expect my husband’s birthday cake of pink velvet. During my engagement to my beloved Alabamian, I got the red velvet recipe from his mother, which I tried to follow, really I did. But when I got to “empty the bottle of red food coloring into the batter,” my hand stalled. All that FD&C Red Dye No. 40: I just couldn’t release more than a few drops. Hence, the pink velvet cake was born. Which has become its own kind of tradition.

But there’s one tradition for which I felt no hesitation, no need to alter in any way. The front porch. And Southerners sitting on it. How could this be improved upon? It’s already perfect.

Although Jeff Foxworthy warns that “you may be a redneck if your porch collapses and kills more than five dogs,” originally the porch wasn’t Southern so much as it was American, hearkening back to colonial roots. In fact, in the mid-1800s, landscape gardener Andrew Jackson Downing suggested the porch was the essence of what made a home American, as opposed to British.

“A house without a front porch,” he proclaimed, “is as insignificant as a book without a title page.” For the next century, Americans never omitted the title page, using porches for napping and storytelling and card playing, lightning-bug spotting and watermelon-seed spitting, guitar strumming over the bass line of crickets and the jingle of ice cream trucks, launching pads for kids with towels tied as capes. And all the while, porches served as the original neighborhood watch.

This changed after World War II, when new suburbs reflected the zeitgeist of insularity. Culs-de-sac — literally, “bottom of the bag,” in French—hooded the new houses. Suburbia, which sprang up more quickly in the urbanizing North, was defined by air conditioning and TVs—so who needed to catch a breeze on a sleeping porch with a roof painted “haint blue”?  Like a belt buckle swung around to the tailbone, the porch swung around to become a patio, and, rather like a belt buckle at the tailbone, lost much of its function. Sure, patios provided relaxation, but no longer provided engagement. Meanwhile, the South, more rural and slower to absorb trends, stayed wrapped around the idyll of wraparound porches. Therefore, Southerners kept noticing when a neighboring family suffered an illness or death and therefore needed the succor of a broccoli casserole whiskered with French-fried onions.

And Southerners were onto something with their porches. No other architectural space is so deliciously not/and: not inside, not outside. Not public, not private. Not house, not garden. A porous place, whispers half-heard through a window screen. A transitional space, and, as Emerson said, “Power lies in transitions.” Liminal, a threshold, where boundaries beckon—and what a high percentage of first kisses have occurred on porches! And how many multi-generational family portraits?

Here in Oxford, Mississippi, where I live, porches are central to our famously fun Halloween. All down Lamar and South 11th, residents perch on porches, exclaiming over children’s costumes. It’s homecoming, family reunion, and parade, a multi-generational, anti-ageist trick-or-treat: While kids know who hands out full-sized Herhsey bars, their parents know who pours a chilled chardonnay in your red solo go-cup—looking at you, Leighton McCool—and who  refreshes your old fashioned—keep on muddling, John. T. and Blair. Blair once threw a porch party for my birthday. I didn’t think about it at the time, but what a serendipitous locale to toast the changing of the decades, on the margin where things begin and end. The god of beginnings and endings, Janus, would be the proper god for all porches, two-headed Janus, with one head peering into the future, the other peering into the past.

Our brethren to the North—bless their hearts—caught on, eventually. Some crucial ingredient was felt lacking in suburban life, something that kept the soufflé of the American dream from rising. There’s a fine line, it turns out, between privacy and isolation, and the patio crossed it. Thus came the 1980s and the example of Seaside, Florida, designed to foster community. One of Seaside’s crucial mandates: Houses should have porches. New Urbanism spread from there, and the number of new U.S. homes built with porches has risen ever since, from 42 percent in 1994 to 52 percent in 2004 to 65 percent in 2016, according to the National Association of Home Builders. Once again, our platonic ideal of Home includes a third space to engage, so we know who has LOTS of beer cans in their recycling, and who leaves their Christmas lights up until Valentine’s, and who lets their dog poop in your yard without bagging it (eh-hem, Susan).

But I tend to think, even without Seaside, porches would have staged a comeback, because they serve a deep psychological need. Douglas Kelbaugh, dean of architecture at the University of Michigan, explains that as we evolved as a species, we craved the combination of refuge and prospect, a single spot that offers both. Early humans sought that kind of habitation, living in a cave above a river, say, or on the edge of a forest with the view of a savanna. The safe haven invites relaxation, with our back protected. The view provides notice of game to hunt or warning of danger. Because this advantageous location played a role in our evolution, it’s programmed into our psyches. Nowadays, porches offer refuge; close at hand, we have our beloveds and our beer cooler. And porches offer prospect; warning of game to hunt ... or maybe just the UPS truck. Dangerous animals ... or Jehovah’s Witnesses.

“Who Doesn’t Love A Good Front Porch?” asks CityLab.com, finding the word “porch” trending in the names of bars, restaurants, and churches; I recently came across a literary magazine called The Front Porch Journal. And doesn’t the very thought of porch reading induce such a thrum of pleasure that it deserves its own appreciation? The region with the highest number of porches, 86 percent, is the South, according to the National Association of Home Builders. And the region with the highest number of kick-ass books, 86 percent, is the South, according to the National Library of Beth Ann Fennelly. So it’s fitting that great Southern porches are great places to read great Southern books featuring porches. My colleague at the University of Mississippi, Kiese Laymon, dedicated his amazing memoir Heavy to “the porch that Grandmama built.” Readers come to understand that Laymon began writing Heavyin a journal at age 12, on his Grandmama’s porch, and for the next 30 years continued to refine and reflect on these central ideas. We learn as well that his grandmother gave him his foundation of love, and his love of Southern vernacular, while providing him the confidence to launch himself. Refuge and prospect, indeed.

A great Southern porch is great because it’s welcoming and inclusive. All classes, all races of Southerners enjoy a good porch. It’s not hard to summon Scarlett O’Hara’s grand, columned porch at Tara; neither is it hard to summon Andy Griffith’s battered rocking chair in Mayberry. We have no less than 43 scenes set on porches in To Kill A Mockingbird. The porches are less grand but no less numerous in Jeannette Walls’ The Glass Castle, a memoir of her impoverished Appalachian childhood, where “the porches were every bit as furnished as the insides of most houses, with rust-stained refrigerators, folding card tables, hook rugs, couches or car seats for serious porch-sitting, and maybe a battered armoire with a hole cut in the side so the cat would have a cozy place to sleep.”

Here’s my favorite Southern porch scene, courtesy of Zora Neale Hurston’s Their Eyes Were Watching God. Hurston describes the tired bean pickers of the Everglades, home from their labor: “The sun was gone but he had left his footprints in the sky. It was the time for sitting on porches beside the road. It was a time to hear things and talk. These sitters had been tongueless, earless, eyeless conveniences all day long. Mules and other brutes had occupied their skins. But now the sun and the boss man were gone, so the skins felt powerful and human. They became lords of sounds and lesser things. They passed nations through their mouths. They sat in judgment.”

I’ve been a Southerner almost exactly half my life, and this half-life comes with a responsibility to pass on the best Southern traditions to my children. The front porch, refuge and prospect, symbol of welcome, rooted in history but gazing toward the future, tops my list. The porch has room for every one of us, even the rehabilitated Yankees. Pull up a chair. Y’all are welcome. And that goes for all y’all.

This article first appeared on The Bitter Southerner.

As it happens, there will be a two-day conference celebrating the front porch in Mississippi in September. To register for The Conference on the Front Porch, September 26-27 at The Mill at Plein Air in Taylor, MS, visit their website. 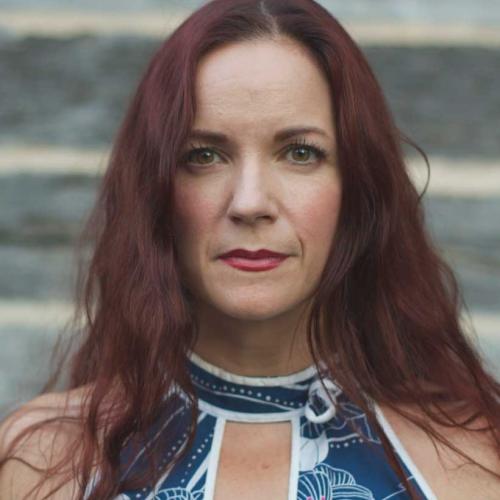