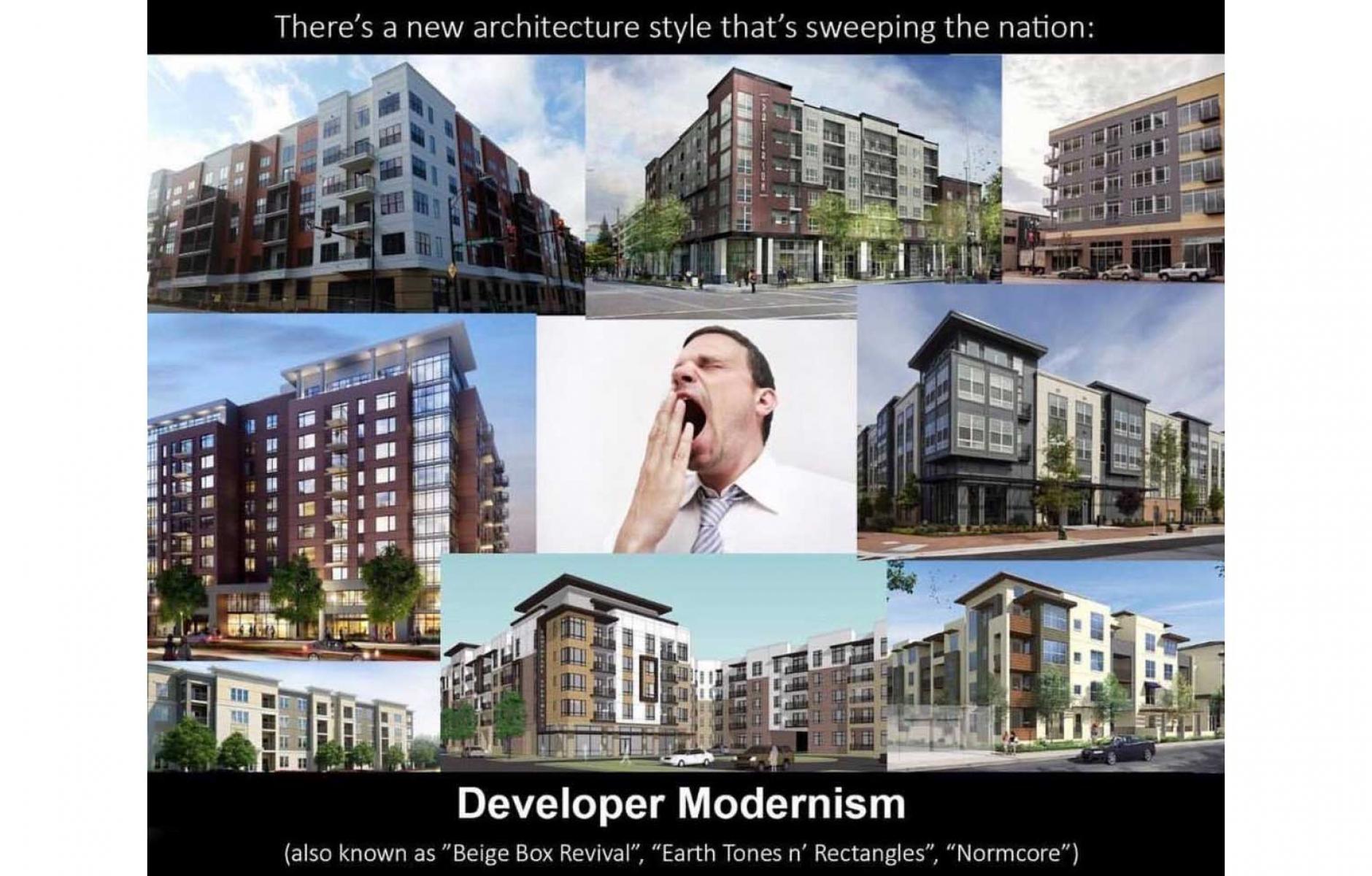 Source: Uncouth Reflections
Got A Minute

The default style of pointless variety

This is an Internet image that I recently came across, appearing on various websites, describing a common urban architectural style of our time. The point of this meme is that developers are driving this style, and it's boring. What's sad is that all of these buildings were designed by architects. I doubt that they presented the developer with a beautiful design, and the developer insisted that they come back with something like these buildings.

No, I think if a developer asks for a multifamily building design, this is likely to be the first choice. Charles Siegel, in his under-read critique of contemporary architecture The Humanists Versus the Reactionary Avant Garde, calls it the "break-up-the-box" style, and it is everywhere. It is occasionally pulled off with some skill, but most examples are not subtle. The idea is that to make the building distinctive, you break it up with different materials and architectural treatments. Unfortunately, the result is not distinctive—it looks the same in Dallas, Denver, and Des Moines. The overriding sense is one of confusion—these are not unified buildings with a hierarchy of parts that allow the viewer to understand them, rather they are cluttered with often pointless variety.

Architecture in a city or town should relate to context and communicate something coherent and meaningful at a minimum—uplifting would be a bonus—to thousands of people who walk past and live with these buildings. It would be better if more architects took that task seriously, rather than offering variety for variety's sake.