Global capital is building new mega-structures in the Cumberland District of Cobb County, Georgia. Places like Cumberland are dense but are they urban and sustainable? Source: Screenshot of a video posted by thyssenkrupp.
Sustainability

Pattern retrofit for resilience: An introduction

Pattern retrofit is a necessary step to reforming dysfunctional metropolises impacted by global capital. This is part 1 of a series.
KEVIN ADAMS   &nbspNOV. 21, 2018

Have you heard of the McRefugees? These are individuals in Hong Kong, whose housing options have become so costly that they are sleeping in 24-hour McDonald’s. The number of McRefugees in Hong Kong has expanded several fold in the past year. This parabolic change is a clue that something at a scale well above the city of Hong Kong is playing out there. Do we have anything comparable in North America? Absolutely. Wherever the economy is most integrated with the global movements of capital—i.e. the places in America most like Hong Kong such as New York or Vancouver, but also lower-tier but still global capital connected cities like my gentrifying hometown of Atlanta—housing prices have been going up, up, and up. For multiple reasons, global capital is parking itself in real estate, impacting many different urban places.

Having lived in Atlanta’s Old Fourth Ward District, while working in Cobb County, I have seen the impacts of this phenomenon all over the Atlanta metro area. Townhomes in my in-town neighborhood selling for two or three hundred thousand a few years ago are now approaching $1 million. While there is more local demand to live in town, I find it hard to believe that it has risen that much that fast from local sources alone. I too may become my community’s version of a McRefugee. While I won’t be sleeping in a McDonalds anytime soon, it is likely that I could be pushed into the declining sprawl in Cobb County. What would an Atlanta McRefugee find in a place like Cobb? The answer, in short, is what most of postwar America represents—endless arterials lined with dying strip malls that form massive superblocks containing poorly designed subdivisions. The problem in Cobb County, and all the places that resemble it across America, is not primarily the buildings—although they aren’t that great—but rather the entire county’s pattern. Sure you can live, work, and play now in the Cumberland part of Cobb County, an edge city where the new Braves baseball stadium sits and where some of the global capital has also decided to park itself, yet despite its new apartment buildings, this area cannot truly be called urban. In an excellent presentation at CNU Savannah, Peter Calthorpe called places like Cobb’s Cumberland area “dense sprawl.” If Cumberland is to become more than a dense edge city, we must muster the political will to change its underlying pattern.

A handful of new urbanists such as Urban 3 out of Asheville, NC have documented the unsustainability of the patterns of places like Cobb County. My understanding of their argument is that the ratio of the revenue producing private space to the public liabilities such as roads is way out of whack. For now, places like Cobb are papering over this imbalance with debt or by building dense sprawl like the Cumberland District. When the debt and global capital finally dries up, which is likely just around the corner in the next great urban reset, Cobb is going to be in a difficult position. Meanwhile the McRefugees will be arriving. What can Cobb, and all the places like it across America, do?

The problem with Cobb is that its overwhelming pattern—perhaps 90 percent or more of the county—consists of sprawl, which will take an extra effort to break up into more sustainable towns and villages. Sustainable town and city patterns used to be a part of America’s building culture. It's how we had planned things for generations. But our link to that past was severed in the 20th Century. If we want sustainable patterns to emerge in places like Cobb County again, we have to consciously recreate them. But most of all we need to create a culture in which these patterns are the default. The essence of the problem is that you make a terrible mistake when you focus on buildings and their uses, before focusing on the patterns in which they are going to sit. You must set the underlying patterns first.

So what are the key components of those underlying patterns? I have found no one who has better distilled this critical piece of the urban puzzle better than my late urban design professor Douglas C. Allen. Allen’s extensive historical research breaks city building across cultures and centuries into two interlocking components: physical patterns and their economic structures. The latter is where most architecture fits into the puzzle. Economic structures are constantly changing, unless we stymie their change with bad ideas like overly restrictive land use planning. Physical patterns, on the other hand, change very little once they are laid down—unless we make a conscious and concerted effort to re-create them. The following images are from the physical patterns half of Allen’s theory (See Douglas C. Allen Institute).

There are two key points I take from these particular diagrams from Allen’s theory. The first involves what space belongs to whom and in what proportions. Some things are public like the green networks and public rights-of-way. We talk a lot about fixing these aspects of urbanism. But these public pieces—i.e. streets, roads, parks, etc.—always relate to the private pieces of the puzzle, the income-producing parcels, to which very little attention is given. We regulate the uses on parcels, but before that we need to make sure that the ratio of the parcels, the parts that individuals own, is in a sustainable balance with the parts we all own. In places like Cobb County, there is way too much public land relative to productive private land.

The second point relates to the size of the individually owned parcels. The next set of images, also from Allen, compares the patterns of traditional places to suburban Atlanta. The Rome and Atlanta images are at the same scale. Through rich times and poor times, places like Rome have soldiered on. They are resilient. Can the same be said for the patterns of places like suburban Atlanta?

Resilient cities, whether in rich or poor countries or prosperous or impoverished time periods, do not consist of mega-parcels in superblocks. The places that withstand whatever economic and political waves that wash over them are mostly filled with small parcels independently owned, decentralized and free to change uses as needed. In this variety of small sites, creative economic destruction occurs. But look again at the patterns of suburban Atlanta: Where do you find these sustainable patterns? The retail sites, which are allowed to change the most in our current system, are on mega-parcels, limiting their resilience. Meanwhile the single-family home lots have better dimensions but are not allowed to change much in use. It's amazing how mixed up we have become on these very basic aspects of urbanism. We must have resilient, preferably small, lots, in a good balance between public and private land, allowed to evolve in use as necessary. However, this prerequisite exists nowhere in Cobb County, Georgia, except for 20 lonely blocks in the county seat of Marietta—a postage stamp of land compared to the rest of the county.

The bottom line is that Cobb County must find a way to break up some of its dysfunctional patterns, or most of it will no longer be viable as village, town, or city. Naturally, fixing Cobb’s patterns is not a silver bullet. It won’t solve everything. Issues such as McRefugees stemming from hyper-charged global capital will probably require a multi-pronged attack from multiple scales of human societal organization. Moreover, not all of Cobb County can be refashioned into resilient places. But without a pattern retrofit, there is no hope for any part of Cobb County getting its books in order, and there wont be any resilient places for the McRefugees to land.

Cobb County currently has about 750,000 inhabitants. It is Georgia’s third most populous county, spread flatly across its land area. That sounds urban, but it is not. If the county fiscally implodes due to its bad patterns, what will happen to those people? Will they abandon the county for functioning cities? Can the county even become rural again? In my view, significant portions of Cobb County must be authentically urbanized, and in America’s system of home rule this part of the urban puzzle is up to Cobb County to figure out. Will it? 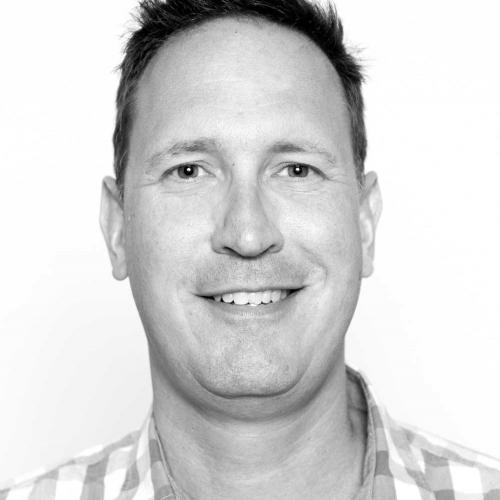