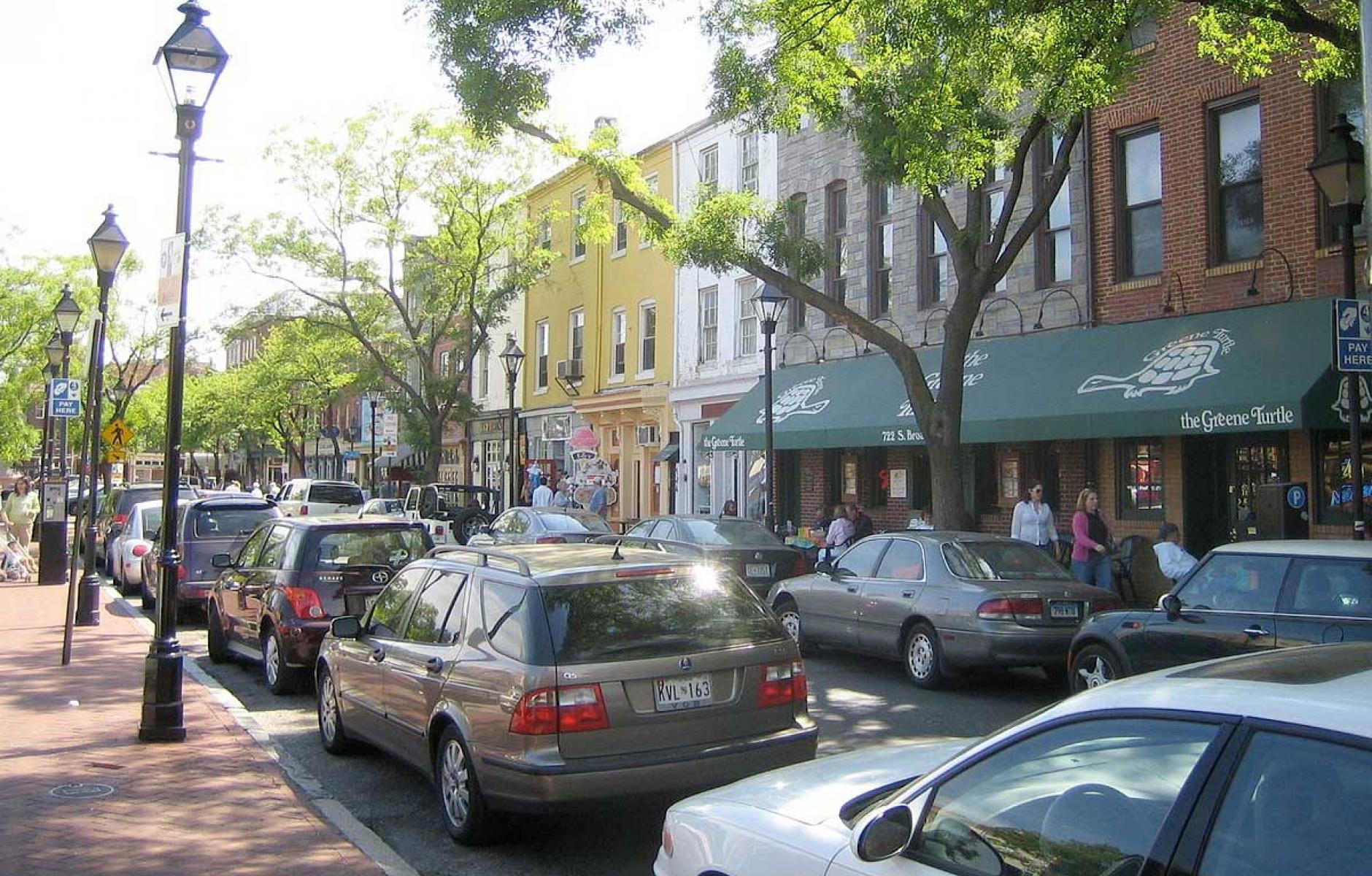 Why are fire officials hung up on street widths?

A focus on one dimension ignores more important geographical aspects to public safety in a walkable city.
ROBERT STEUTEVILLE   &nbspAUG. 14, 2018

Last week the Baltimore City Council voted to repeal the "20-foot-clear" requirement for fire access on city streets—replacing that standard with more flexible rules recommended by the National Association of City Transportation Officials.

The change, which the mayor is considering signing, would allow for narrower automobile travel ways that accommodate bike lanes on certain streets—and some officials say this will encourage neighborhood revitalization.

The change was opposed by fire officials, who said it would compromise public safety. Members of the fire department feel so strongly about this that firefighters have been accused of assaulting and bullying bicycle lane proponents. New urbanists have long argued that the 20-foot-clear requirements—and 26-foot-clear, which Baltimore imposes on some streets—instead compromise public safety, health, and quality of life. As I report in this article, new urbanists have strong, long-term evidence that fire officials are wrong.

The Baltimore proposal is notable because fire officials have long gotten their way in this debate. At first glance, the issue seems straightforward: Fire trucks need a certain amount of space—generally 10 feet—and they need to maneuver around other emergency response equipment at the scene.

This is a question of dimensions and geography. We can all imagine a situation where, because of the street width, a truck can't properly maneuver at a fire scene. That's not good if access to a building is restricted or blocked.

The problem is data shows that narrow streets have the opposite impact on public safety from what one would expect by simply considering that one dimension. An investigation by The Boston Globe in 2005 showed that fire response is much faster on the skinny streets of Boston1, many of which don't meet the 20-foot-clear requirements, than in the wide-open thoroughfares of the suburbs. In dense cities like Boston, Somerville, and Cambridge, firefighters reached fires within six minutes 97 to 99 percent of the time. In the suburbs, the figure was 58 percent—and it had dropped from 75 percent over the previous two decades.

A study in Longmont, Colorado, looked at both fire and automobile injury accidents over an eight-year period. The narrower the street, the safest it proved to be overall. It turns out that the narrow streets, which don't meet 20-foot-clear requirements, have few injury accidents—regardless of all other conditions on the street, including volume of traffic. Fire injuries were very rare during this time period—much less common and automobile injuries—and there was no correlation with street width. The very safest streets were 24-foot-wide streets, often with on-street parking.

Given the dimensions of skinny streets, how is this possible? And if it is true, why do fire officials, whose profession is centered on public safety, oppose narrow streets?

Take the City of Baltimore, which is built on a grid. Most of the central part of the city, including downtown and neighborhoods extending all around downtown for several miles, have blocks sizes that average 2 acres. These blocks are very narrow, often less than 200 feet wide. They are generally from 300 to 500 feet long. These dimensions allow properties to be accessed from a number of different directions. If a street is blocked, you can go around and get there very quickly, especially when you consider that hoses are 200 feet long.

The street grid, with its small blocks and narrow streets, enables far greater density than the conventional suburban pattern. That means that fire companies have shorter distance to travel to the fire. In a dense city, more fire houses are located within a given distance of every property than is possible in spread-out suburbs. Gridded street networks offer many more possible routes to get to a site if there is congestion. Those factors related to the geography of blocks and neighborhoods in cities are the reasons why response times are faster in cities, as shown in The Boston Globe report.

1) They enable walkability, bikability, and choice in how to get around.

2) The density in this pattern allows for more frequent transit service, which which adds to transportation choice and takes more drivers off the road.

3) All users of streets have orders of magnitude more choices in terms of routes to get to places, which disperses traffic and allows people to avoid congestion.

4) The density and mixed-use of this pattern allow people to travel shorter distances.

But it is the slower speeds that reduces the severity of accidents, and therefore the injuries and deaths. A study of California cities showed that the pre-1950 pattern of small blocks and skinny streets correlates with one-third the automobile accident deaths. Because there are 10 times as many deaths from cars as from fires, overall public safety is greatly enhanced by fewer automobile deaths. Furthermore, there is no empirical evidence that fire safety is compromised by skinny streets, when combined with a connected network of small blocks.

There are more factors to consider as well. The enormous numbers of vacant properties in Baltimore are the biggest fire risk. If safer streets, with slower moving traffic, encourage neighborhood revitalization, fire safety will be enhanced.

As officials deal with policies on public safety, the view needs to be broad enough to see the overall public safety picture. Overall dimensions of the city and neighborhood matter more than street widths in isolation. Baltimore City Council's action is encouraging, and let's hope the mayor follows through and that fire officials begin to understand the full impact of skinny streets within a fine-grained urban network.

The dimensions of streets and blocks have wide impacts on people's lives every day—not just on the rare occasions when a fire occurs. Fire officials need a broad understanding of the range of dimensions that affect public safety and livability—and learn to work with dimensions that deliver the most benefits to the most people. Fire officials' interests should be taken into account, but not above those of the broader community.