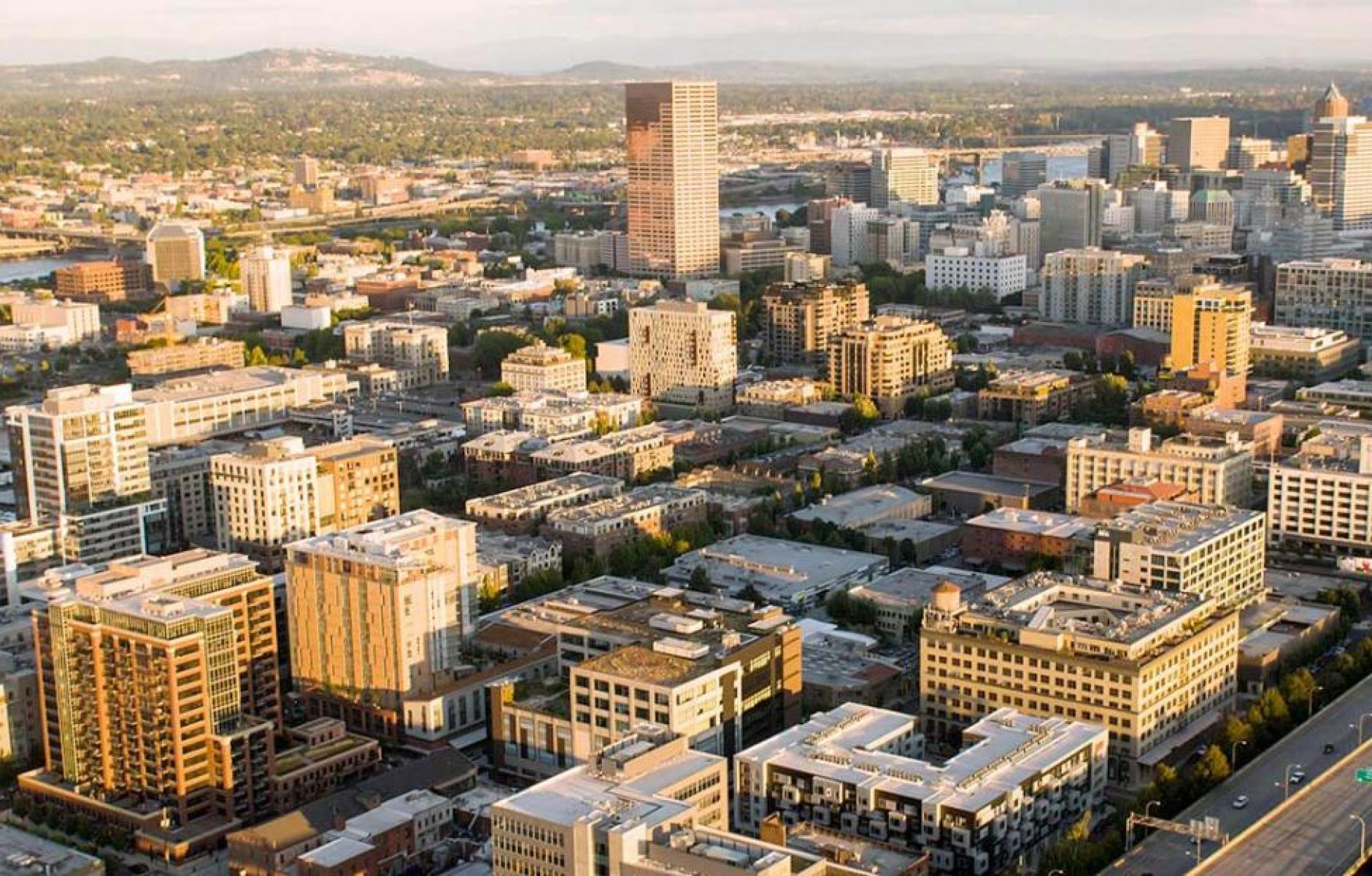 A mathematical equation helps to explain the endless variety of cities and the cookie-cutter sameness of conventional suburbs.
ROBERT STEUTEVILLE   &nbspAUG. 9, 2018

After Public Square published an article on the capacity of street grids to handle traffic, developer Vince Graham sent us a mathematical equation that helps explain their power.

Graham calls it the Hawthorne Equation—named for Casey Hawthorne, a math whiz who came up with it—which shows the number of routes that can be taken going from point A to point B on a given street network without doubling back. The results will amaze you.

In a simple 2-block by 2-block grid, there are six possible ways to get from A to B.

A great explanation can be found on this video of a presentation that Graham gave at Clemson University. Go to the 26-minute mark.

How does that translate to a real place? I analyzed four places (in Portland, OR; Ithaca, NY; Virginia Beach, VA, and Irvine, CA), all a half-mile square or 160 acres. That is approximately the size of a single neighborhood, walkable from one edge to another in 10 minutes at a typical pace.

I chose the Fall Creek area of Ithaca, because that's where I live. I know Virginia Beach very well because I have been going to visit family for 30 years. Portland has the smallest blocks of any city that I know, and Irvine is a classic 1960s new town.

Using the Hawthorn Equation and data from the online H&T Index, here are the results:

Note that as the number of blocks increase, the choices of routes rises dramatically. Portland has 37 times more routes in an area of the same geographic size as Ithaca. Nevertheless, my neighborhood of Ithaca still has an astonishing number of choices of routes—probably more than I will ever use.

Both Portland and Ithaca are mixed-use areas. That mixture makes both Portland and Ithaca unique. A mix of uses is like a fingerprint—no two are exactly the same. The separation of uses is what gives the suburbs a cookie-cutter feel. The diversity of uses and routes—shown by the Hawthorne Equation—gives cities that sense of endless variety. Residents of neighborhoods in Portland, Ithaca or similar places will be constantly surprised by what they find if they vary their walking, bicycling, or driving routes.

Also, the Hawthorne Equation measures the distribution throughout the neighborhood, which means that individual streets can be made smaller, and traffic moves more slowly. Distances are shorter. That removes traffic from the street as people walk or bike.

In Irvine, the number of routes is almost two orders of magnitude less than Ithaca. In Virginia Beach, a sector developed three decades later than Irvine, the choices are even fewer.

If anything, the choices may be overstated in Irvine and Virginia Beach, because although there may be several ways to get through a subdivision or a commercial district, you always have to go out to the same arterial roads. On short trips, there is essentially one way to get from here to there. Combine that with the separation of uses, and the sense of sameness prevails. That may be mitigated, partly, by the distances one would travel, by car, in the suburban locations. Once you drive far enough, there is route choice and variety. Virginia Beach has a downtown. Residents of suburban subdivisions can get that urban experience, they just have to drive well beyond their neighborhood.

The relative diversity and freedom of movement from a street grid has economic and social implications. Graham points out that in The Death and Life of Great American Cities, Jane Jacobs wrote about the importance of short blocks to enhancing pedestrian permeability and the opportunity for serendipitous interactions. She compared this to the relative lack of it in suburbs:

“There is no public acquaintanceship, no foundation of public trust, no cross-connections with the necessary people–and no practice or ease in applying the most ordinary techniques of city public life at lowly levels,” she writes.

Places with small blocks and an abundant mix of uses are correlated with high economic value, according to the research of urbanists Joe Minicozzi and Charles Marohn.

In posting this explanation, I am simplifying the issue. Graham has delved into this idea further, and he offers another mathematical equation—see this article on Strong Towns for more discussion. But the underlying principle is the same. Small block sizes and fine-grained street networks offer tremendous variety of possible routes in a single neighborhood. The choices are orders of magnitude greater than you would find in a conventional suburban network.