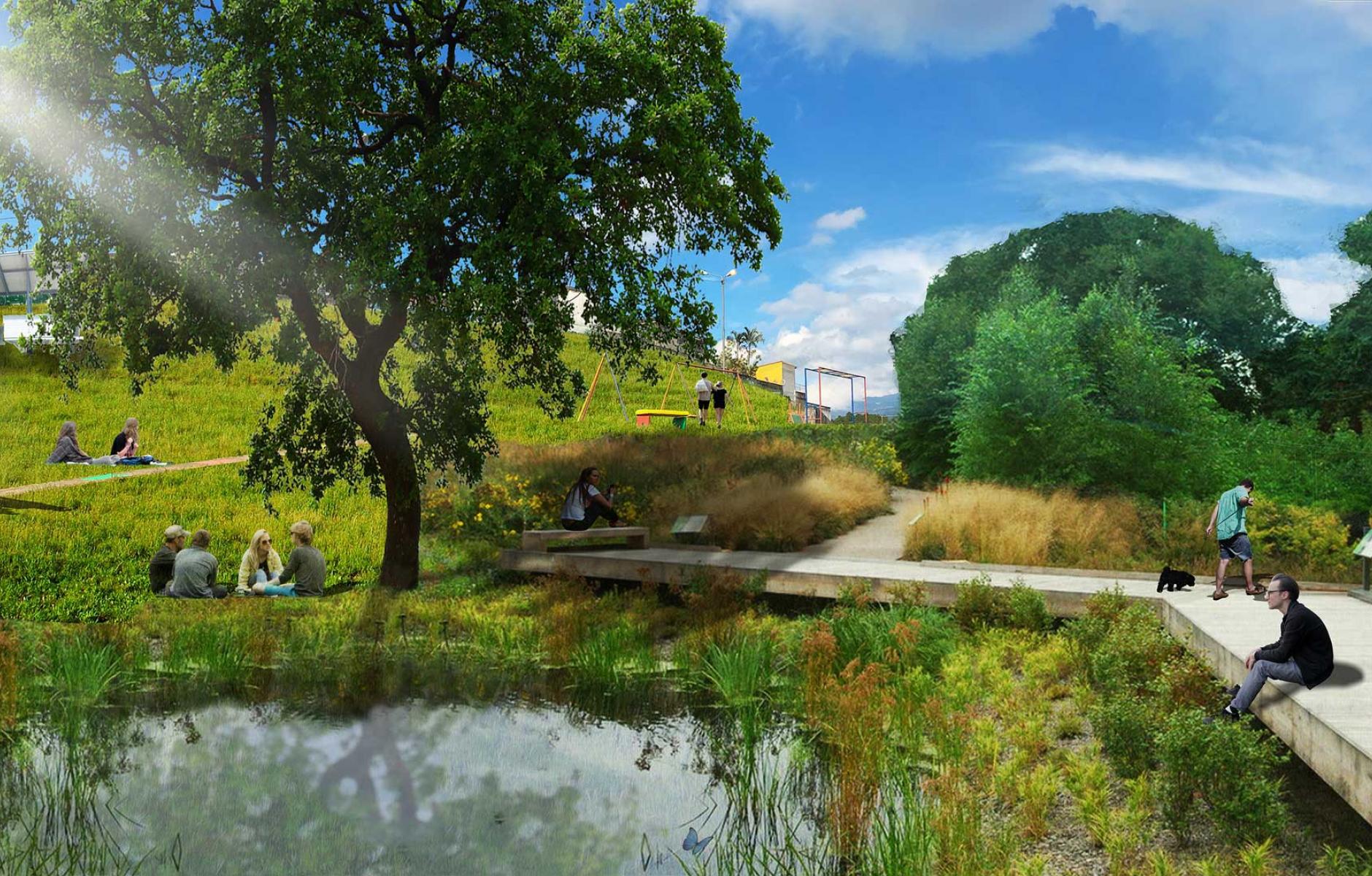 The majority of Curridabat’s 72,500 citizens live among public spaces dominated by asphalt—inhibiting biodiversity, negatively impacting the visual landscape, and adding to the stress of day-to-day living. Sweet City mitigates that impact through investment in green infrastructure.

“Small things bring forth the big ones. Butterflies know that. So do native bees and hummingbirds, which keep adding value to the planet each time they extract nectar and transport pollen,” says Mayor Edgar Mora. “As the cities of the world have entered a new century, they can transform to host the biodiversity that until now we’ve kept outside” of settled areas. 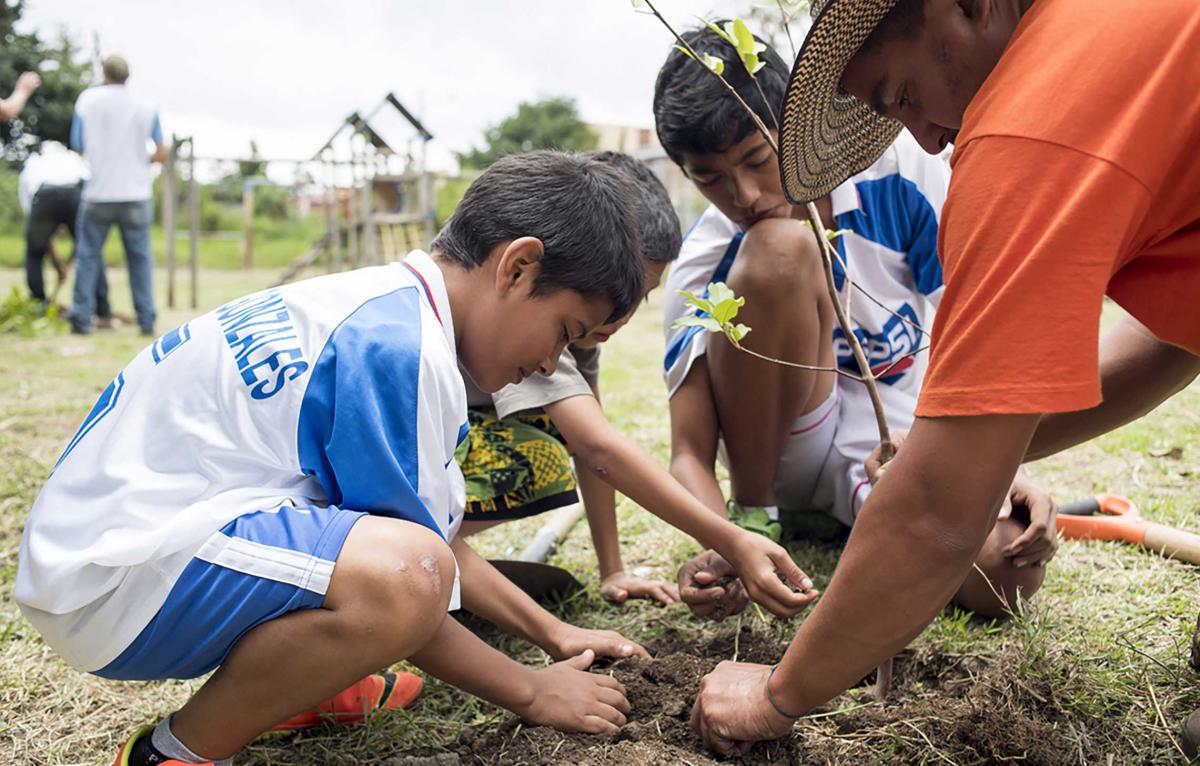 The primary goal of the neighborhood plans is to integrate nature into urban places—while also incorporating new urbanist principles like mixed use, human-scale public space, and pedestrian friendly streets and corridors.

Multimodal thoroughfares, which the city calls “inclusive streets,” are being remade for more diverse use.

Within neighborhoods, a broad range of housing types and price levels can bring people of diverse ages, races, and incomes into daily interaction, strengthening the personal and civic bonds essential to an authentic community.

Sweet City’s vision is to break down the traditional antagonism between city and nature, and in doing so, enrich the experience of both for all residents, down to the smallest pollinator.

The Municipality of Curridabat won a 2018 CNU Charter Award for Sweet City.