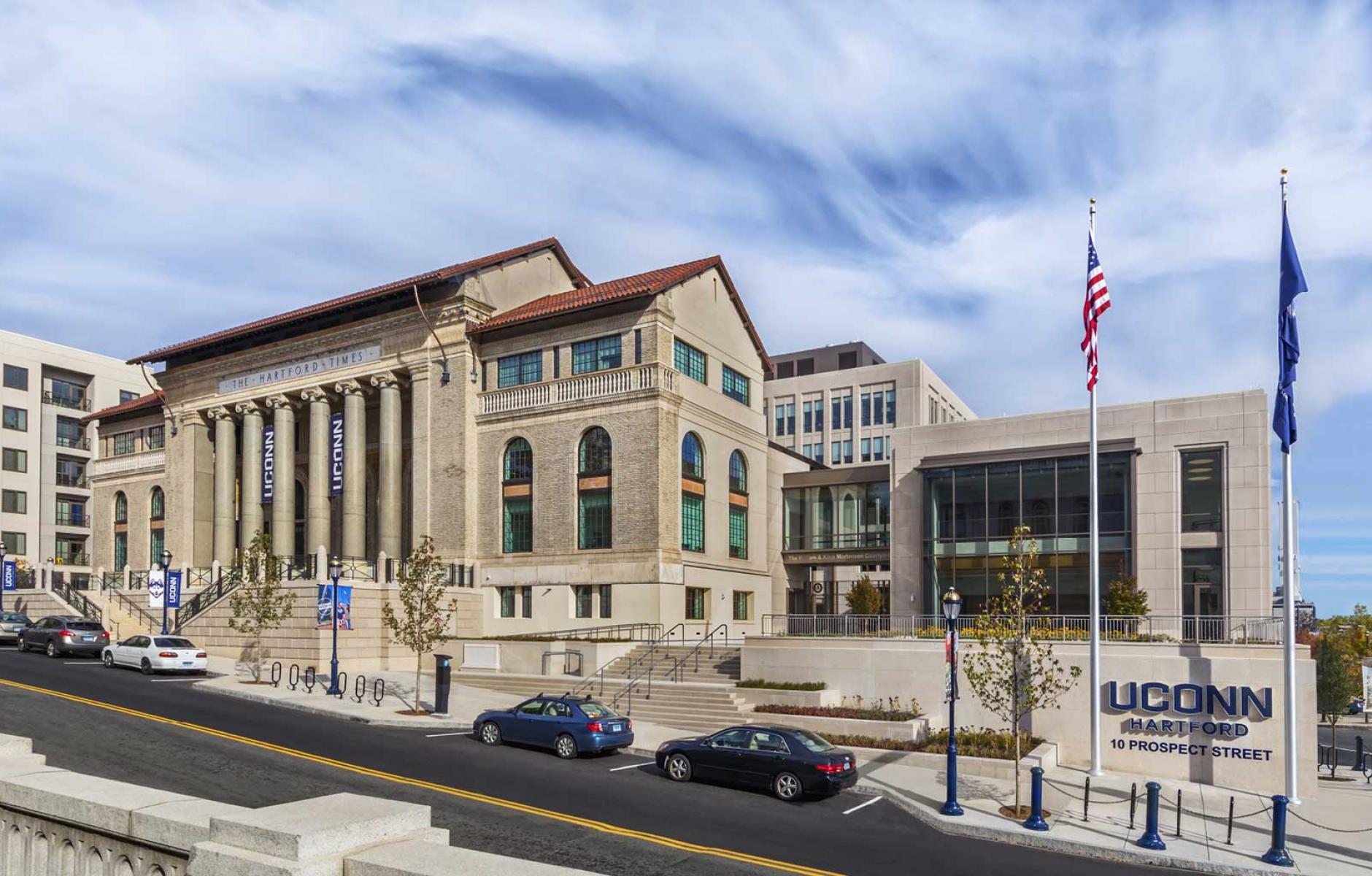 A campus opens up to the city

Four decades after moving its campus to suburban West Hartford, the University of Connecticut moved back to downtown Hartford—bringing mixed-use development and the revitalization of the Hartford Times Building, a neoclassical landmark.

Because the suburban campus had been difficult for city-based students to access, UConn sought proposals to bring the campus back to Hartford’s struggling downtown. The HB Nitkin Group, a private developer, and Robert A.M. Stern responded with this 1.6-acre project, which includes new buildings and public spaces in addition to historic rehabilitation.

The move to a leafy suburban location in the 1970s and the recent relocation downtown follow wider urban trends. Decades ago the goal was seclusion—now it is inclusion in a larger neighborhood that is more than the sum of its parts.

“The campus is designed to contribute to the revitalization of Adriaen’s Landing, a 30-acre area at the easternmost part of downtown, by locking into adjacent commercial development and developing synergistic relationships with nearby cultural institutions,” according to the project team.

Following the meticulous restoration of the Times building façade, with its grand staircase and podium facing City Hall Park, the building now forms the entrance of a campus with 160,000 square feet of academic facilities.

Inside the main entrance, the visitor is treated to a dramatic three-story atrium that connects the historic structure to a new five-story building and serves as the social hub for the campus, as well as a special events venue. The largest new building is clad in buff-colored masonry that takes cues from historic downtown buildings.

“The campus is going to connect parts of Hartford that have been disconnected for many years, and I think it’s a critical piece of the puzzle to making our city the vibrant, active downtown that we all want it to be,” says Hartford Mayor Luke Bronin. The campus will be “part of the backbone of Hartford: a place of learning, engagement, and discovery, and a vibrant part of this neighborhood,” notes UConn president Susan Herbst.

The new block is pervious—inviting students and community members to experience the campus as a public space. A public courtyard at the center is an amenity for the community.

UConn Downtown Hartford is a great example of how institutions can revitalize the urban core with mixed use, preservation, and placemaking that connect them with their surrounding communities.