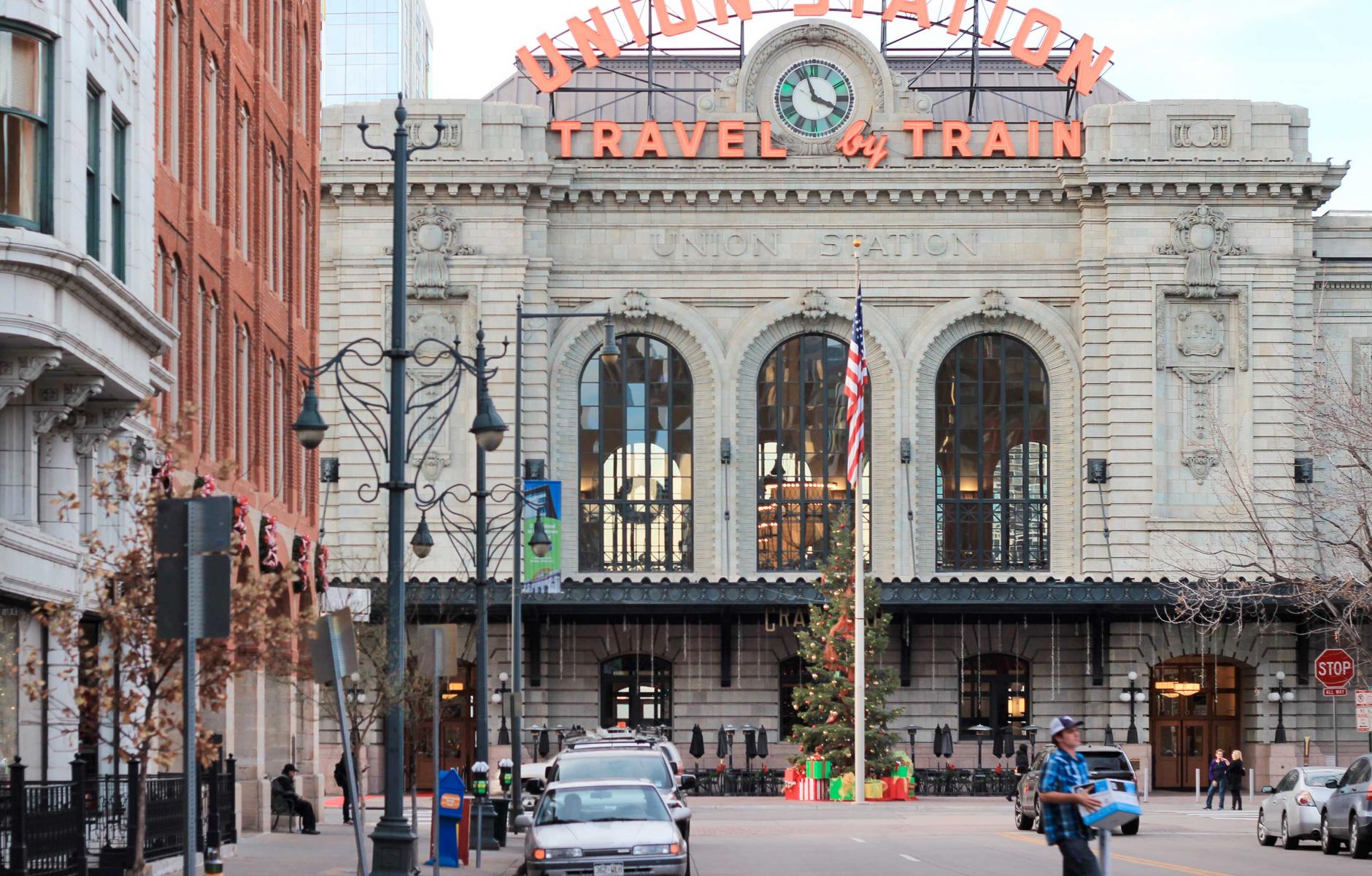 Many cities are growing faster than they have since the 1940s as Americans rediscover the joys of human-scale neighborhoods, but their expansion is constrained by sprawl.
ROBERT STEUTEVILLE   &nbspJUN. 20, 2018

The clustering and cramming of people and economic activity into small slivers of space drives real estate prices into the stratosphere, forming the land nexus that shapes the fundamental contradiction of late capitalism—Richard Florida, epilogue, The New Urban Crisis.

In Richard Florida’s recent paperback edition of The New Urban Crisis, he blames the rising real estate prices in cities on an “ultra-privileged rentier class that abuses its advantages.” In a recent article, Florida calls this “winner-take-all urbanism.”

The theory may be true—or at least may partly explain rising rents and housing costs in America’s biggest cities. But Florida’s explanation is insufficient because more obvious reasons for the current high real estate prices come to mind.

Florida and others, like Christopher Leinberger, have noted the dramatic changes in urban real estate markets over the last two decades that has lifted up downtowns and urban neighborhoods that often had languished for decades. Unlike most of the last half of the 20th Century, highly educated people—some middle class, some wealthy—are moving in droves back into cities. A generation ago, most of these groups settled to the suburbs. Even in the suburbs today, demand for walkable places with characteristics of cities is growing.

People who have choices are forgoing extremely private subdivisions and gated communities in favor of places with more authentic neighborhoods and a sense of community. They are finding these qualities in historic cities and towns.

The evidence for this market shift is voluminous. Traditional US cities—mostly built in street grids, the kind that withered in the last half of the 20th Century—are growing again for the first time since the 1940s. Even in cities that have not rebounded overall—Cleveland, Buffalo, Detroit, St. Louis—geographic sectors have revitalized in a big way.

Consequently, real estate prices are rising in cities, sometimes to the “stratosphere,” and that trend is having a negative impact on the lives of many urban poorer residents.

A full understanding of the nature of this problem is vitally important—so that the problem can be addressed in the most effective ways possible. One factor that gets little attention may explain a good deal of the economic pressure in high-demand urban neighborhoods. That factor is the impact that sprawl has had on constraining the expansion of urbanism.

Every US city has a suburban albatross about its neck—a ring of development that is geared to automobiles, not people, and, as writer and architect Jan Gehl says, designed for speeds of 40 mph rather than a walking pace.

Walkable blocks and streets of historic cities and towns are distinct from sprawl—separated land uses, subdivisions and commercial developments branching off of arterial roads. These two types are entirely different human ecosystems. They look different, function differently, and are not interchangeable. A subdivision far outside of the walkable core of a city does not replace demand for housing in a walkable neighborhood, for example. The subdivision would come with longer commutes and a requirement that a car be used for every trip. It does not appeal to a market that is looking for authenticity, diversity, and community in a neighborhood.

Before modern sprawl—that is to say through the 1940s—walkable urbanism grew in two ways. One was through infill development, redevelopment, and densification. For example, a two or three story building can be replaced by a five or 10 story building in a downtown. That method of growth was available then as it is today. The second way that walkable urbanism grew prior to 1950 was outwardly—in all directions. Prior to 1950, outward growth was compact and mixed-use, and organized around human-scale blocks and streets. The street grids of cities were simply extended. Denver is a great example, because the growth was mapped, by decade, in a excellent 2012 web series on the blog Denver Urbanism using GIS software.

(Regarding the 1940s: Some observers mark the end of World War II as the dividing line between traditional urbanism and drive-only suburbia, yet the transition took many years. Despite Levittown, begun in 1947, and a few other notable examples, the street grid was still the easiest option through the decade.)

As Denver Urbanism shows, the 1940s was the last decade that Denver grew in a regular, orthogonal grid.

In that decade, the image reveals how Denver gained walkable urban neighborhoods in every outward direction. There was inward growth as well—apartment buildings, mixed-use office buildings, and empty lots filling in, for example. In a great decade of urban growth, the 1940s, Denver could grow in all directions in a walkable form. That helped to keep city living affordable.

In the 1950s, the pattern changed. The city still grew outward, but in more suburban ways. The streets became curvilinear and less compact. The forms of houses began to change, with front-loading carports and garages. Meanwhile, more distant suburbs all around Denver began to mushroom in population. This decade marked a shift in growth that emphasized seclusion over public life. This was enabled by the widespread use of motor vehicles, which gave people privacy even as they moved from place to place.

By the 1960s and 1970s, the pattern transitioned to full-blown sprawl. The city itself stopped growing overall and all of the region’s population growth took place in the suburbs—in the form of cul-de-sacs, shopping malls, and office parks. By the 1980s, the city’s historic street grid was completely surrounded by poorly connected, automobile-oriented development for many miles around.

When the City of Denver began to grow again in the 1990s, it was all infill on parcels that had gone vacant or underutilized. Urbanism was directed inward. This pattern continued into the 2000s, with the addition of few large infill parcels that became available for repurposing—the most important examples were the former Stapleton Airport and Lowry Air Force Base. Now in the third decade of infill development, Denver’s growth has shifted into high gear. Population has risen at a phenomenal rate of 17.4 percent this decade. Unlike the 1940s, the city growth is all infill. One could say that Denver’s urbanism is imploding. I don’t mean to suggest anything violent is taking place, yet the word implosion is apt in both the magnitude and direction of growth.

Like many cities, Denver is seeing rising rents and housing costs. A recent housing study showed that “Between 2010 to 2017, metro Denver apartment rents rose 46.9 percent, the fourth-highest increase in the country.” These are metro rents, but much of the demand and the greatest growth are in the core. If the current Denver growth were happening before 1950, there would be a safety valve in the form of new walkable neighborhoods. That valve does not exist today.

Many cities across America have followed Denver’s general pattern. The 1940s was the last decade that cities in general grew by expanding a walkable urban grid. Over the course of a half-century, nearly all US cities were surrounded and engulfed in sprawl—a different kind development pattern. This drive-only growth comprises 90 percent of more of the land in metro areas. When the historic street grids were losing population, the old walkable real estate was inexpensive and, and, in many cases, decrepit. Now that demand has shifted back to the core, this real estate has become increasingly expensive in desirable neighborhoods.

As researchers like Leinberger and Arthur C. Nelson have pointed out, other options for expanding livable urban neighborhoods are available, but they demand concerted effort.

One is the redevelopment of second- and third-tier cities that, to date, have seen little or modest growth. Cities like Binghamton, Worcester, Fresno, Allentown, and Tulsa offer potential for urban living in smaller and more out-of-the-way settings. Richard Florida generally dismisses the prospects of such cities, but as James and Deborah Fallows report in Our Towns, small- and mid-sized cities can be revitalized—and this doesn’t just happen spontaneously. It generally requires public-private partnerships.

We can also build or strengthen transit systems that open opportunities for transit-oriented development throughout more than 380 metropolitan regions. Suburban retrofit—where the underutilized strip malls and parking lots of the suburbs are re-purposed for mixed-use walkable development—also offers significant potential for development into human-scale places. These options take a good deal of planning, public policy, and infrastructure. They require more effort and investment than the old way of doing things prior to sprawl—i.e. extending the street grid of a city.

The idea of public-private partnership should extend to transportation. Through the 1940s, street grids were rights-of-way for people to get around—but they also provided vast frontage for development and housing. These grids were abandoned as a method of organizing thoroughfares because it was thought they were inadequate for automobiles. On the contrary, the capacity of street grids is greater for all modes of travel, including motor vehicles. These highly connected street networks are essential for neighborhoods that balance public and private life.

So the departments of transportation must be involved in creating people-oriented places again—in cooperation with local government and developers who can provide the needed housing, some of which should be affordable from the start.

The rising cost of city living is a complex problem with many causes. Some people blame overly restrictive zoning regulations and minimum parking requirements. Others, like Florida, blame the global economy and the concentration of wealth in a few cities where most of those global transactions take place. Still others blame rising income inequality. Quite likely, all of these factors and others contribute to the problem. Yet we shouldn’t underestimate the sheer physical constraints on creating walkable urban places that are desirable to educated young Americans and the businesses that depend on them. Amazon, for example, seeks an urban, transit-oriented place for its next headquarters.

Outward expansion of walkable neighborhoods is essential for economies, businesses, and families. It is one of the great challenges of the 21st Century, and one that the nation has not put commensurate energy and resources into addressing.

Will Rogers famously said: “Put your money in land, they aren’t making any more of it.” But making more walkable urban real estate used to be easy. It’s not easy any more. This reality is having a real impact on millions of people, and it’s time we focused on solving that problem. It doesn’t offer the passions of class warfare, but it may open a more practical path to equitable cities that meet the needs of most Americans.