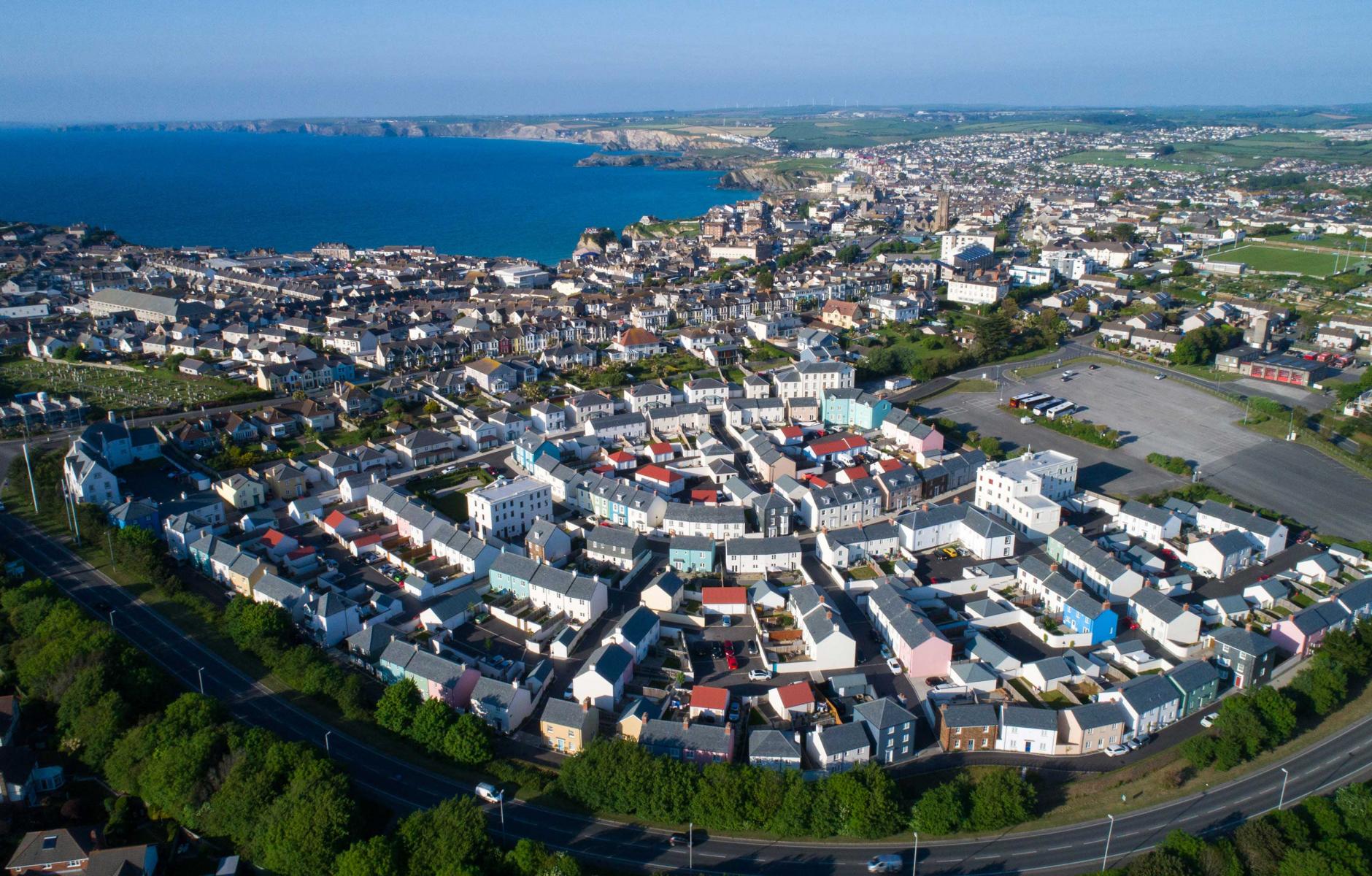 In the Village of Newquay a new urban neighborhood has been built with local materials and workers, trained in an apprenticeship program. Nearly 90 percent of the new residents have moved in from the immediate area, a remarkable feat in a popular resort setting. Twenty-eight percent of the units are affordable, with design that is identical to market-rate housing.

“Tregunnel Hill is a triumph, and is already being cited as a model for legacy development across Britain,” noted the late Hank Dittmar, an influential planner in both Britain and the US. The 10.4-acre project designed by Hugh Petter of ADAM Architecture and built by CG Fry & Son reflects the “rough-hewn character of the Cornish coast,” and proves that the principles of development used in Prince Charles’s famous Poundbury project are replicable elsewhere, he said.

Tregunnel Hill’s 174 homes, plus shops, are built close to the narrow streets, similar to historic settlements in the region. The streets are designed primarily as public spaces and the small blocks are human scale. Every house has a backyard, and the parking is in the center of blocks.

“We live in the perfect location for our children to grow up in. It’s within walking distance of the kids’ schools, our work, the town center and the beach,” says resident Gemma Wilkins. “When we first moved in, we had to pinch ourselves as we felt we were on holiday.”

The development was built from 2012 to 2016 through a “common aspiration contract” that bound the landowner and builders together. A design code set out key principles of urban and architectural character, sustainability targets, the use of materials, colors, street furniture, and plantings. Mass grading was avoided in site preparation.

The project creates a model for how sustainability can be placed at the heart of a large development, notes Tony Jupiter, executive director of Friends of the Earth. “The plans put forward could make an important difference, not only in providing local solutions in Cornwall, but in demonstrating what is possible right across the country,” he says.

The Duchy of Cornwall, CG Fry & Son, and ADAM Architecture won a CNU Charter Award in 2018 for Tregunnel Hill.