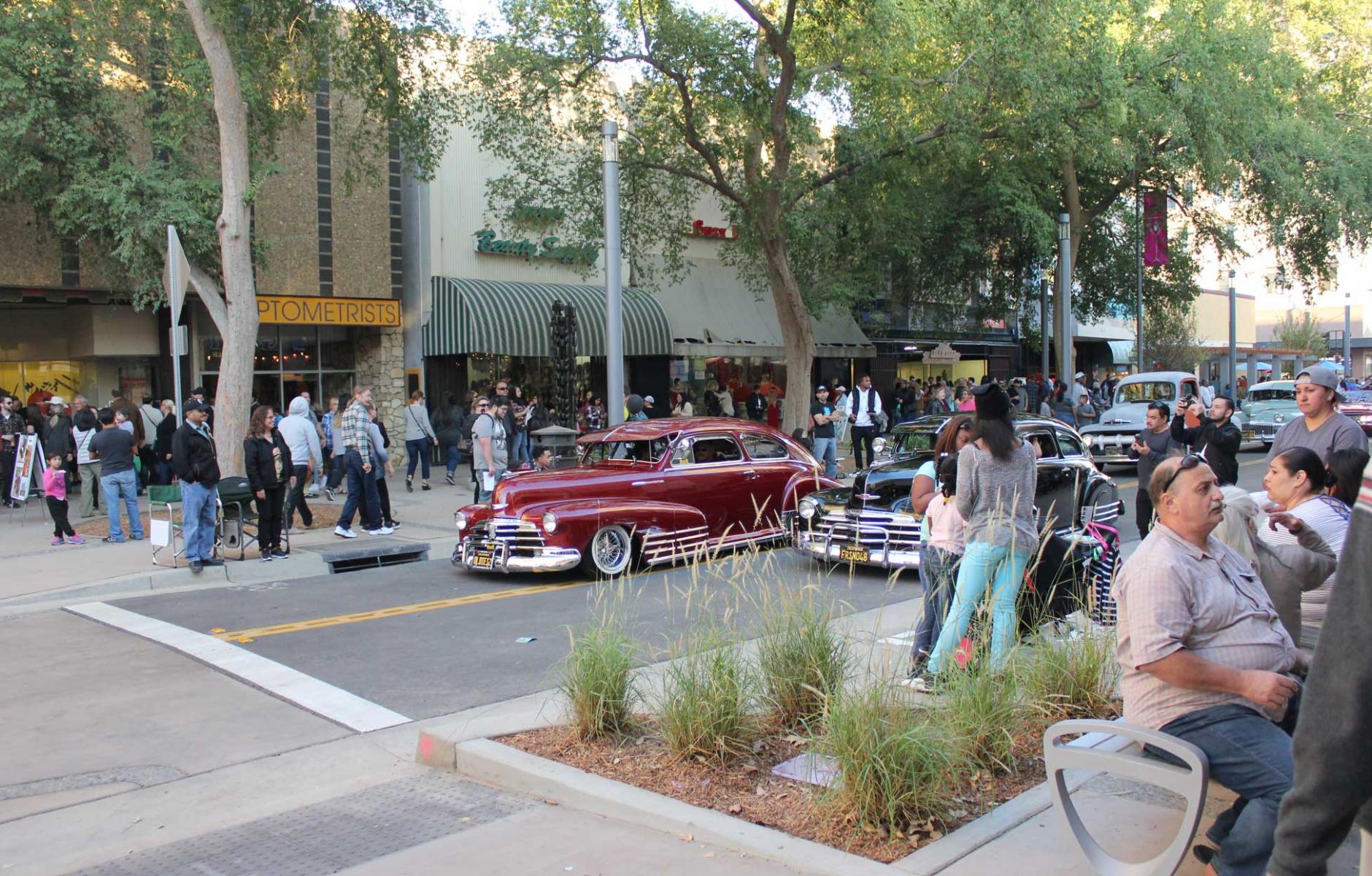 Successful small-to-mid-sized cities cities have revitalized downtowns, brewpubs, and big plans, according to James and Deborah Fallows, authors of Our Towns: A 100,000-mile Journey into the Heart of America.. They add a tongue-in-cheek rule: “The mark of a successful city is having a river walk, whether or not there is a river.”

This book dives deeply into what’s really happening in cities beyond Brooklyn, DC, San Francisco, Seattle, and the like. Our Towns has a lot to teach urbanists, especially about second- and third-tier cities that survive, and sometimes thrive, outside of major metro areas. These are the cities that some urban theorists, such as academic and author Richard Florida, worry are getting left behind in the knowledge economy.

Many such cities are doing surprising well, especially those that look for creative solutions through “public-private partnerships,” with leaders willing to get beyond partisan politics and work together on practical local possibilities, the Fallowses report. And it also doesn’t hurt to have a research university  nearby.

Neither Fallows is an urbanist. They live in the suburbs (Gaithersburg, MD), have no training in planning or design, and get around largely by airplane. They look, primarily, at economics and education, with an eye toward geography, the environment, health, and social justice. But their task leads them inevitably to urbanism. This is an urbanist book, albeit from the perspective of keenly observant laymen, with apparently no urban ax to grind—which give the observations more weight. James Fallows is a highly respected journalist who once served as a young speechwriter for President Jimmy Carter. Deborah Fallows has a PhD in linguistics and also is a writer.

The Fallowses are liberals who clearly oppose Trump and what he stands for—yet they seek out second- and third-tier cities across America where the support for the president's party is often strong (The began the book in 2013, during the Obama Administration). They strive to be nonpartisan, nonjudgmental, and generous in their evaluations—while maintaining a skepticism born of long experience in America and abroad. Successful cities in hyper “red” zones (Dodge City, Oklahoma; Greenville, South Carolina), and very “blue” zones (Burlington, Vermont; Riverside, California) take similar approaches when it comes to local projects and initiatives, they say.

National politics rarely came up in the cities they visited, and the drumbeat of pessimism that tends to come out of Washington was silent. “Most part of the United States that we visited have been doing better, in most ways, than most Americans realize.” Some of the most effective US political jobs today are mayors—especially of mid-sized cities—because this job combines the minimum partisan entanglements with the maximum opportunities for practical change, the authors believe.

The book is ambitious—the Fallowses see Our Towns as a 21st Century version of classics like Democracy in America by de Tocqueville, or Travels With Charley by Steinbeck. While the former made his way by horse-drawn coach and the latter by camper truck, the Fallowses fly in a single engine, two-passenger airplane piloted by James. That’s a cool technological upgrade and it offers an unusual perspective on the landscape as they go. But their observations are mostly close-up, with individuals who are making things happen in the population centers of “flyover” country. Often the authors' attention turns toward urbanism:

How Allentown turned around

The big idea in Allentown, Pennsylvania, is “walkable manufacturing,” the Fallows were told by Scott Unger, the executive director of the Allentown Economic Development Corporation. “By that he meant something we were seeing signs of in one city after another: Reversing the model of people having to commute to suburban or industrial-park workplaces, and instead building manufacturing or white-collar working spaces closer to downtown.”

Allentown, a symbol of rust-belt decline in the eponymous 1982 Billy Joel song, is booming because the city used a public-private partnership to rebuild downtown, which had tremendous underutilized potential. The city of 118,000 people is one of the fastest growing in Pennsylvania—and one key is the Neighborhood Improvement Zone (NIZ), adopted by the state legislature in 2009. It provides tax advantages to new development near downtown. In one recent year, 3000 new jobs were created, the authors report. More than a billion dollars was invested in the first five years after the NIZ was adopted—all basically following the principles of New Urbanism.

“Northern cities had to rearrange themselves for an economy of smaller, faster-changing, higher-value manufacturing sites; more offices and co-working spaces; less automobile-centric development and more walkable streets,” according to Our Towns.

Brewpubs often locate in fringe neighborhood, in urban dead zones, but they can quickly become a hub that starts activity in a neighborhood. That’s the case in Duluth, Minnesota, where the brewery Bent Paddle has helped to transform a formerly deteriorating part of the city. Brewpubs are the 21st century equivalent of the artist lofts, apparently. “What is most important for the city is what is happening very nearby the brewery: a new restaurant, another brewery, and a new coffeehouse, all opening within blocks of the Bent Paddle.”

The start of the comeback of downtown Greenville, South Carolina, began with Max Heller, a 1970s mayor who had fled Austria after the Nazi takeover. “He led the effort to make the downtown more European—that is, walkable.” Heller was decades ahead of the curve on this, and subsequent mayors of Greenville took this idea further. One big move was to open up the riverfront for people, businesses, and activities. This involved a new park, tearing down a motor vehicle bridge, and building a dramatic pedestrian bridge so that people could see Greenville’s waterfall—the natural feature that was the city’s original industrial power source.

The problem of Fresno, California, boils down to sprawl, according to Ashley Swearengin, former Republican mayor who reached a term limit this year. The city is not a victim of sprawl, she says, “we were the perpetrators. It wasn’t anybody’s malign intention. But these were the unintended consequences of not having a strategic view,” says Swearengin.

“To save its downtown, Fresno decided during Swearengin’s time on a step that had been applied in a number of other cities as well. Namely: bulldozing the expensive pedestrian model and reopening the streets to cars,” note the authors. Cars can help revitalize a downtown, the authors explain, because they bring more customers by businesses, but the cars must go on narrow streets so that the traffic is slow and comfortable for pedestrians. “All the evidence … had swung to the Greenville/Sioux Falls/Allentown/Riverside approach of controlled car access to a rebounding downtown.”

Because Fresno is a second-tier city far from the coast, it is more affordable than LA and the Bay area—and that affordability attracts artists and other dreamers to certain edgy neighborhoods where they congregate. "The Tower District is the bohemia of Fresno," says one resident. "And Fresno is the bohemia of California."

All of these ideas—revitalizing downtowns, “walkable manufacturing,” breweries that bring activity to fringe neighborhoods, riverwalks that connect various parts of cities—point to a bigger story: Successful cities have rejected single-use isolation, the fixed star of 20th Century development. They are putting their economic chips on urbanism, and this bet is paying off.