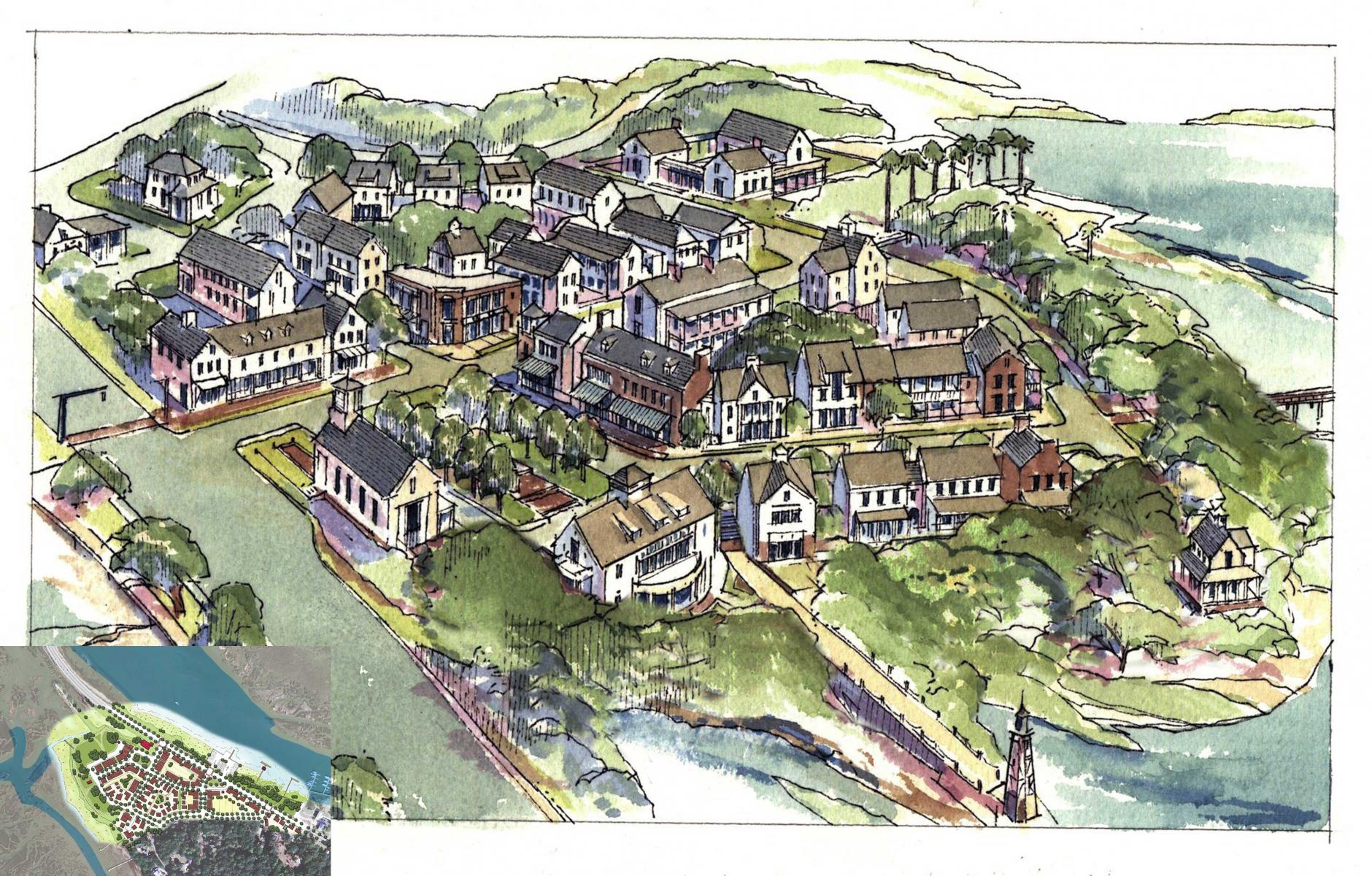 Beaufort Civic Master Plan vision for a 19-acre parcel across a bridge from downtown.
Town planning

State-of-the-art implementation in a historic town

The Beaufort Civic Master Plan continues to have an impact on the small coastal South Carolina municipality of about 13,000, as shown by the planning evolution of a key parcel. In February a developer submitted a mixed-use walkable plan for a 19-acre parcel across a bridge from downtown.

The previous plan looked far more conventional with large-scale buildings and parking lots. “We decided to go back to the Civic Master Plan created by the city and follow the guidelines,” Sam Levin, part of a development group, told the The Beaufort Gazette.

The Civic Master Plan takes a no-nonsense approach befitting its historic hometown, a seaport and the second-oldest city in the state. Rather than line up decades of red tape and public relations battles, this exceptional plan moves seamlessly from grand vision to implementation—identifying 110 specific projects to improve quality of life and sustainability, and offering toolkits for moving each one forward. One of those parcels is the 19-acre site.

A small city with diverse neighborhoods, Beaufort does not rely on “silver bullets” or massive investments for its future. Instead, many small projects broke ground almost immediately after the plan’s adoption, aided by the Beaufort Office of Civic Investment.

From crosswalks to complete streets, from historic renovation to new buildings, parks, and neighborhoods, the goals of the Beaufort Master Plan are being realized all over the city. The first project was a 15-unit residential infill development along with mixed-use buildings on a primary corridor. 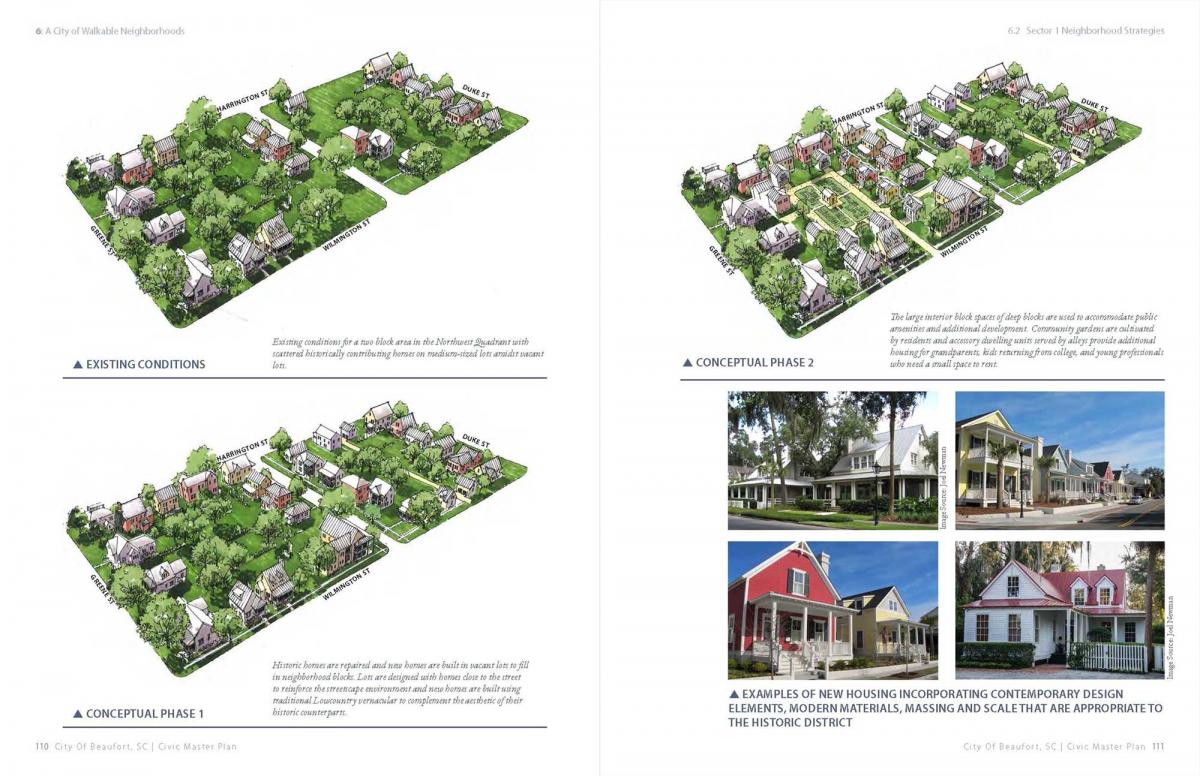 The plan addresses all of the scales of the Charter of the New Urbanism. “The Civic Master Plan and the Office of Civic Investment were created to translate the principles of the Charter into public policy and municipal administration, bridging planning with city budgeting and operation. Department heads took the unprecedented step of receiving CNU-A training to ensure they could integrate the principles of New Urbanism into departmental operations, such as the Fire Department’s purchase of smaller fire equipment to better navigate new and historic narrow streets,” according to the city.

“The Civic Master Plan is, by far, the most comprehensive, progressive planning instrument that has ever been implemented in my 30 years working in the city,” notes Michael McFee, real estate broker and councilman in Beaufort.

Before the plan, the 300-year-old city was at a crossroads. “Desires to protect its history and improve its economy often conflicted,” note the planners, “and the City of Beaufort faced difficulty in providing growth options acceptable to its residents. The community was in need of a comprehensive vision for its future.”

Today, with its sleeves rolled up and its work guided by the Beaufort Civic Master Plan, the city is welcoming the future.

The Beaufort Civic Master Plan won a Charter Award at the Metropolis, City, and Town scale in 2016 for the City of Beaufort. The planner was Stantec—The Lawrence Group, with numerous consultants contributing including Metrocology, Sustainable Settlement LLC, The Leeman Group, Seth Harry and Associates, Fuss & O’Neill, Rock Maple Studio, and Seahaven Consulting.