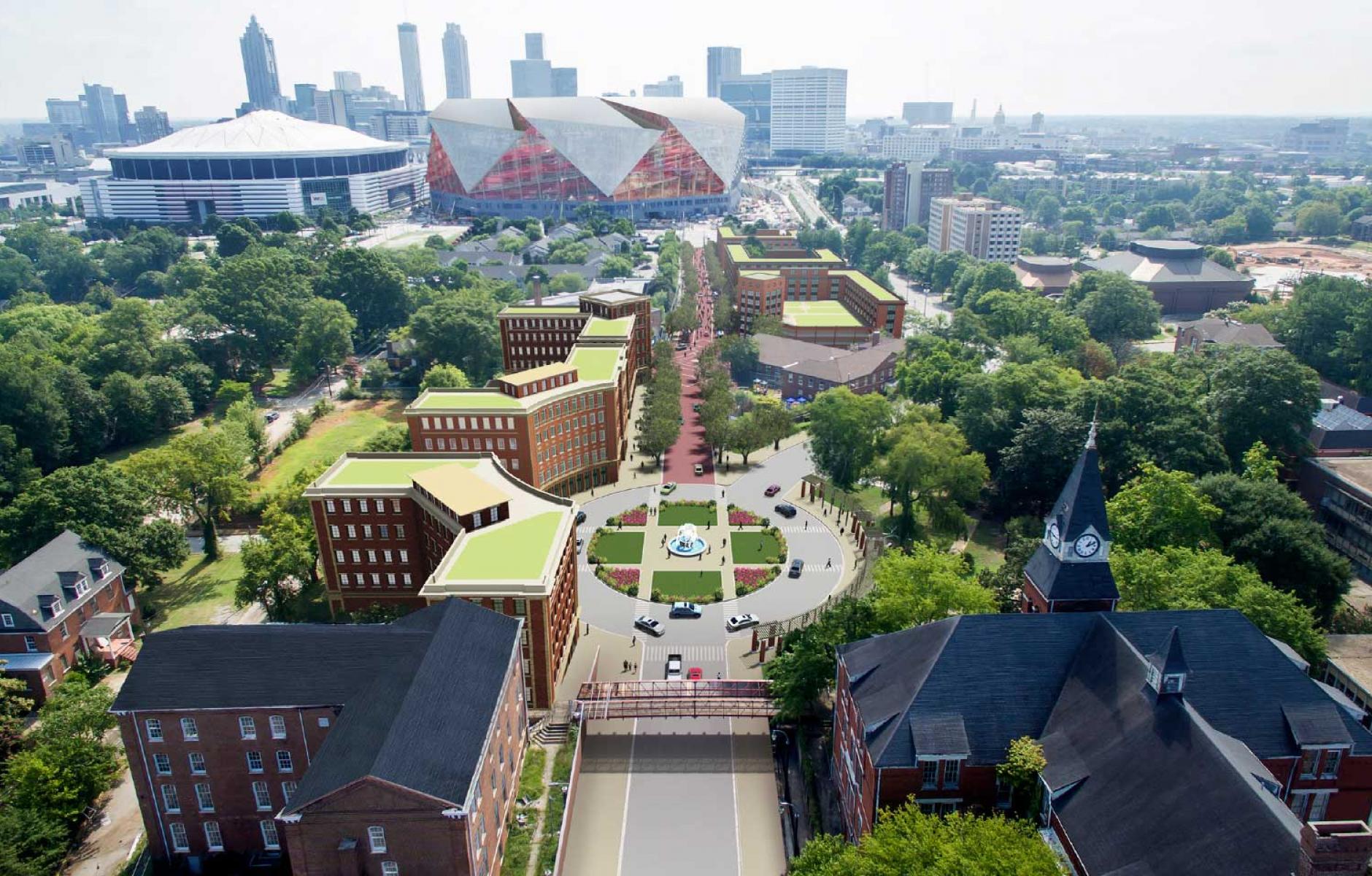 Plan Westside in Atlanta looks at revitalization of a city sector that has declined economically and socially from its civil rights heyday.
ROBERT STEUTEVILLE   &nbspFEB. 14, 2018

The City of Atlanta council recently adopted a far-reaching plan for revitalization of Westside Atlanta, a city sector that is was the cradle of the civil rights movement. Five Historic Black Schools and Universities have their campuses in the Westside, which was home to Martin Luther King Jr., Julian Bond, and other civil rights leaders.

Yet the area now claims the worst statistics per capita in Georgia for drug use, illiteracy, teenage pregnancy, dropping out of high school, domestic violence, murder, and deaths by overdose. These once thriving neighborhoods have seen disinvestment, destruction, and depopulation.

The goal of Plan Westside is to regenerate 1,700 acres of blighted historic urban fabric less than one mile from downtown while also enhancing a sense of place—and building affordable housing.

“Our historic Westside neighborhoods produced leaders and institutions who helped change the course of America’s history,” says Mayor Kasim Reed. “Winning the Choice Neighborhoods grant provides us with the resources needed to bring about unprecedented change.“

The plan envisions 3,250 new housing units, more than half of them affordable—including 20 percent earmarked for residents with incomes from zero to 30 percent of area median income. Subsidized housing is made possible through private enterprises that are underwriting the gap financing.

Streets are crucial to placemaking, and Westside’s have been systematically severed from downtown. The Action Plan requires the City to repair 20 percent of the streets in the sector with dedicated capital funds. The main east-west corridors, Martin Luther King Jr. Drive and Joseph E. Boone Boulevard are already budgeted for improvements.

The recent closing of MLK Jr. Drive to build the new $1.6 billion football stadium was an egregious mistake, according to Thadani Architects + Urbanists, the plan authors. The Westside Atlanta Plan proposes a roundabout to move traffic to the south of the stadium and reestablish a downtown link. The roundabout is the focus of mixed-use development that will serve as a gateway to the Vine City neighborhood and the Atlanta University Center. (See photo above).

Plan Westside also proposes strategic interventions at key intersections, like Brawley Drive and Cameron Alexander Street. The Team proposed installing a light metal roof over the stone shell of St. Marks Church, and building a mixed-use building on the southwest corner on the vacant lot to create a mixed-use neighborhood center.

To encourage residents to participate in the development process, and invest in their neighborhoods, “Developer Boot camp” training was provided. Experts were brought in to discuss design, finance and construction for small residential projects, such as cottage court housing.

Additionally, Westside neighborhoods flood regularly due to past engineering and development choices. The plan shows how to improve stormwater management through complete streets and new parks. A new form-based code would preserve neighborhood character and ensure community-oriented development.