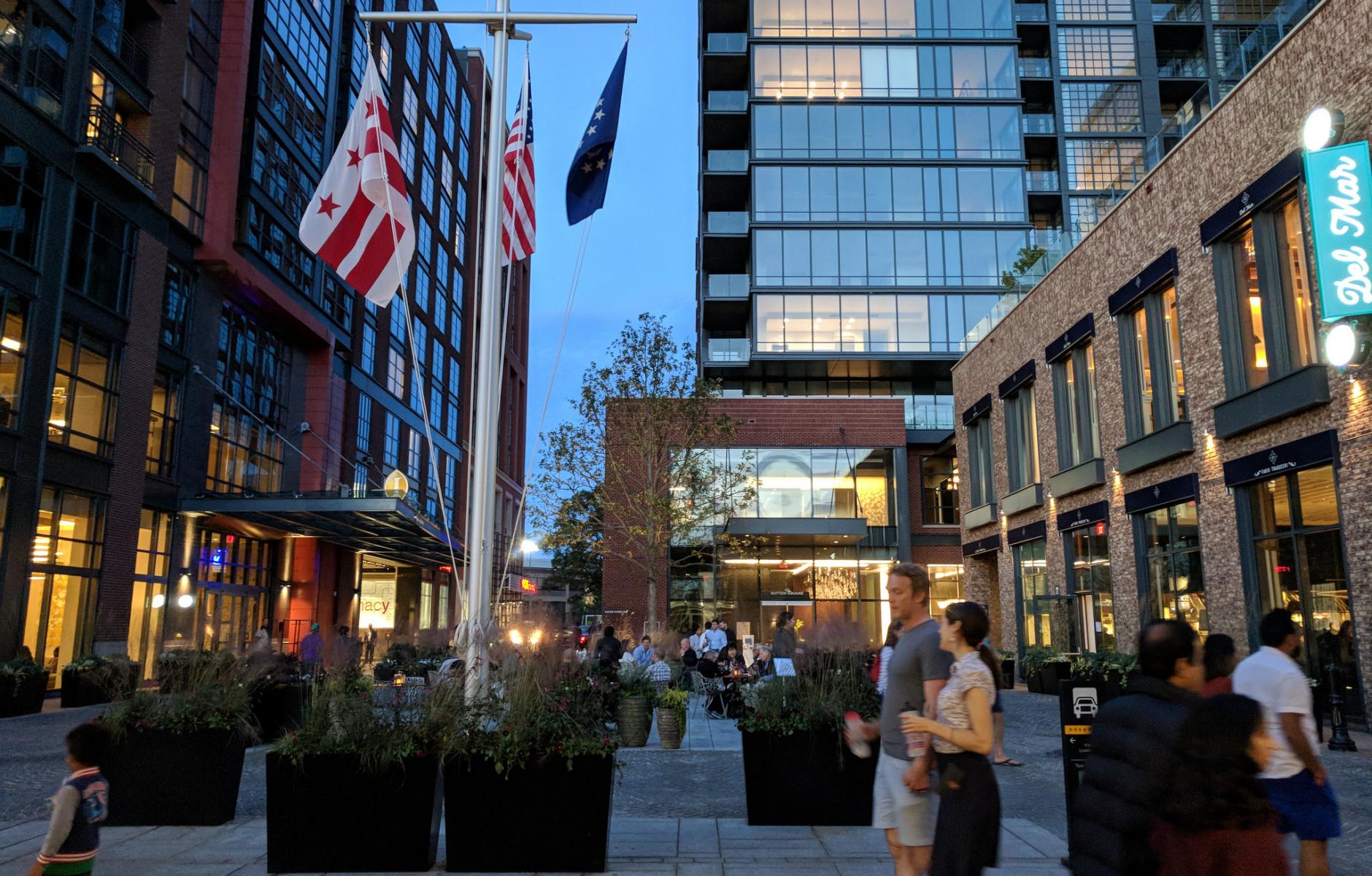 A radical mixing of cars and people works as planned

The recently opened nine-block development in Southwest DC is the largest expanse of "shared space" in the US.
PAYTON CHUNG   &nbspDEC. 8, 2017

When the Wharf, a new development in Southwest DC, opened recently, it instantly became the largest expanse of "shared space" streets in the country. Over the past few weeks, it seems like these streets are largely working as they were designed.

In a shared space, also known by the Dutch name woonerf, no curbs separate pedestrians, bikes, and cars. Instead, all modes move slowly on the same plane. Amanda Kolson Hurley, in the Washington City Paper, says that the shared approach reflects a broader intent by the site’s master planner Stan Eckstut: “Happy dysfunction, in his view, defines a real city.”

Even though a few commenters were skeptical about whether the approach would work here, so far there haven’t been any major complaints or adjustments needed.

The Wharf’s signature street is the 60-foot-wide Wharf Street, which runs directly alongside the river’s edge. Rows of street furniture, including mast-like light poles and granite bollards, along with stripes of paving separate walkways on either side from the shared space in the middle.

Hurley writes: “Pedestrians rule the whole street. The trick to taming cars in the city, Eckstut says, is not to exclude them outright, but to favor pedestrians so much in the street design that drivers proceed with caution.”

Only authorized cars were allowed on the riverside Wharf Street during the first week, but the street has since opened to limited traffic. (The block in front of the Anthem will remain car-free.) To get there requires a sharp, low-speed turn off either 7th Street or Sutton Square.

Part of the traffic management approach includes minimizing reasons for cars to turn onto Wharf Street in the first place, by encouraging other modes and by steering cars towards less pedestrian-dense areas. Many people being dropped off at the site exit either along Maine Avenue or at the 7th or 9th Street plazas. The Wharf has coordinated with Uber, Lyft, and taxicabs to centralize pickups at the edges of the site, which also keeps cars out of the middle.

Hurley writes that on her visits, "The woonerf was behaving as hoped, with throngs of confident strollers and only the occasional car nosing its way through."

Occasionally, parking is permitted on the inland side of Wharf Street, adjacent to the patio seating areas. Users pay via ParkMobile, and the zone numbers are shown on portable signs. When the sign’s not there, parking’s not allowed.

One key advantage of the shared space approach is that it allows easier access by emergency vehicles.

There's often a short queue of cars on 7th Street Landing, in front of the drop-off for the two hotels there, which slows down cars. Security guards stationed in front of the hotel drop-off also verbally warn drivers to slow down. These auto entrances off Maine Avenue could benefit from a few more cues to slow down.

Signs at the entrances explain the shared space concept.

Another reason why the Wharf took a shared space approach throughout the site was to provide truck access to the retailers scattered throughout the site. Having easy "back of house" access is especially important to businesses like restaurants that take deliveries daily.

Some other large developments (like the Washington Convention Center, CityCenterDC, Capitol Crossing, and City Market at O) excavated truck tunnels beneath the property. Such tunnels aren't always cost-effective: Tysons Corner Center used to have one, but later converted it to shop space. Plus, this approach would have been substantially more complex and expensive at the Wharf, as deep excavation near sea level requires extensive water pumping.

Blair Alley, between the Channel apartment building and 1000 Maine office building, has large loading docks which are used by trucks moving in shows at the Anthem. As Hurley writes, “While hardly as cramped as the streets of a medieval city, these narrower passages contrast with the sense of openness out on the new piers, all four of them, which reach like long fingers into the channel.”

Water Street functions much like a mid-block alley, cutting through (and underneath) several of the blocks. Through traffic is not possible along Water, thanks to strategically-placed street furniture. A few shops, like a chocolatier, a laundry, and a soon-to-open basement club, have their front doors along Water, but most of the entrances here are back doors.

Sutton Square, next to the CVS, has one of the more frequently-used entrances to the underground parking garage.

The garage's first below-ground level is designed with a 14-foot-tall ceiling and a flat floor, which will facilitate other uses should parking demand decline in the future.

Sutton Square also has another hotel drop-off, for the Inter-Continental.

Pearl Street does not have any vehicle entries fronting onto it, but does see crowds of pedestrians queuing outside the Pearl Street Warehouse ticket window. It's frequently a pedestrian-only space, protected by bollards.

One conflict point that has emerged is the twin cycletrack-sidewalk on the south side of Maine Avenue SW. Since this photo was taken, the cycletrack now has a dashed stripe and bike symbols painted onto it — but many pedestrians still mistake it for a sidewalk.

Early next year, two more blocks of shared space will open at the north end of the Wharf, when an office building and additional food retailers open along a new Market Square in front of the long-standing fish market. Not only is the floating fish market continuing, but a brand-new fish cleaning building is under construction, and a new pier offers space for additional barge vendors.

Phase 2 of the Wharf will extend the shared spaces four blocks to the south, to the existing site of Cantina Marina. Its plans are currently under review by the Zoning Commission.

This article was published on Greater Greater Washington. 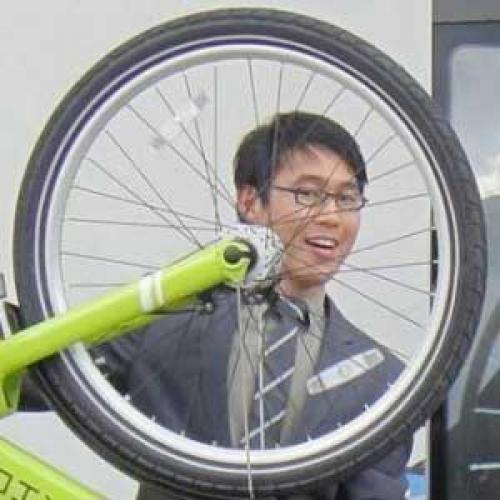