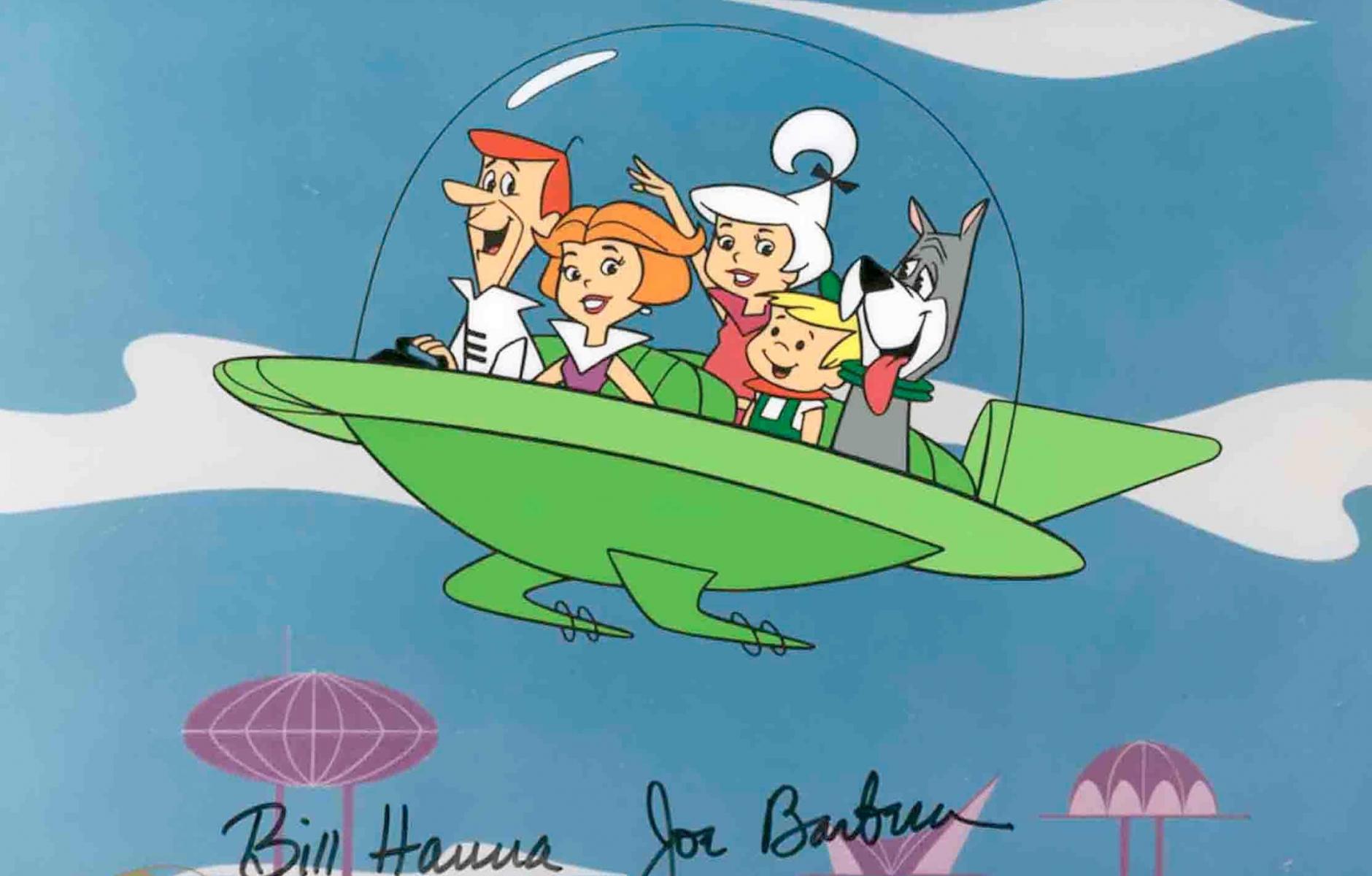 The infinite suburb? They must be joking

In their visions of the future, the elite graduate schools of urban planning lately see a new-and-improved suburbia, based on self-driving electric cars, “drone deliveries at your doorstep,” and “teardrop-shaped one-way roads” (I think that means cul-de-sacs) as the coming sure thing. It sounds suspiciously like yesterday’s tomorrow, the George Jetson utopia that has been the stock-in-trade of half-baked futurism for decades. It may be obvious that for some time now we have lived in a reality-optional culture and it’s vividly on display in the cavalcade of techno-narcissism that passes for thinking these days in academia.

Exhibit A is the essay that appeared last month in The New York Times Sunday Magazine titled “The Suburb of the Future is Almost Here,” by Alan M. Berger of the MIT urban design faculty and author of the book Infinite Suburbia — on the face of it a perfectly inane notion. The subtitle of his Times Magazine piece went: “Millennials want a different kind of suburban development that is smart, efficient, and sustainable.”

Note the trio of clichés at the end, borrowed from the lexicon of the advertising industry. “Smart” is a meaningless anodyne that replaces the worn out tropes “deluxe,” “super,” “limited edition,” and so on. It’s simply meant to tweak the reader’s status consciousness. Who wants to be dumb?

“Efficient” and “sustainable” are actually at odds. The combo ought to ring an alarm bell for anyone tasked with designing human habitats. Do you know what “efficient” gets you in terms of ecology? Monocultures. GMO Corn grown on sterile soil mediums jacked with petroleum-based fertilizers, herbicides, and fast-depleting fossil aquifer water. It’s very efficient for producing corn flakes and Cheez Doodles, but has poor prospects for continuing further into this century. Likewise, conventional suburban sprawl, as we’ve known it. Efficiency in ecological terms beats a path straight to entropy and death.

Real successful ecologies, on the other hand, are the opposite of efficient. They are deeply redundant. They are rich in diverse species and functions, many of which overlap and duplicate, so that a problem with one failed part or one function doesn’t defeat the whole system. This redundancy is what makes them resilient, i.e. sustainable. Swamps, prairies, and hardwood forests are rich and sustainable ecologies. Monocultures, such as agri-biz style corn crops, and “big box” retail monopolies are not sustainable and they’re certainly not even ecologies, just temporary artifacts of finance and engineering. What would America do if WalMart went out of business? (And don’t underestimate the possibility as geopolitical tension and conflict undermine global supply lines.)

Suburbia of the American type is composed of monocultures: residential, commercial, industrial, connected by the circulatory system of cars. Suburbia is not a sustainable human ecology. Among other weaknesses, it is fatally prone to Leibeg’s Law of the Minimum, which states that overall health of a system depends on the amount of the scarcest of the essential resources that is available to it. This ought to be self-evident to an urbanist, who must ipso facto be a kind of ecologist.

Techno-narcissists such as Alan M. Berger take it as axiomatic that innovation of-and-by itself can overcome all natural limits on a planet with finite resources. They assume the new-and-improved suburbs will continue to run on cars, only now they will be driverless and electric, and everything in their paradigm follows from that.

I don’t think so. Like it or not, the human race has not yet found a replacement for fossil fuels, especially oil, which has been the foundation of techno-industrial economies for a hundred years, and it is getting a little late in the game to imagine an orderly segue to some as-yet-undiscovered energy regime.

By the way, electricity is not an energy source. It is just a carrier of energy generated in power plants. We have produced large quantities of it at the grand scale using fossil fuels, hydropower, and nuclear fission (which is dependent on fossil fuels to operate). And, by the way, all of our nuclear power plants are nearing the end of their design life, with no plans or prospects for them to be replaced by new ones. We have maxed out on potential hydroelectric sites and the existing big ones are silting up, which will take them out of service inside this century.

Electricity can also be produced by solar cells and wind turbines, but at nowhere near the scale necessary, on their own, for running contemporary American life. The conceit that we can power suburbia, the interstate highway system, truck-based distribution networks, commercial aviation, the US Military, and Walt Disney World on anything besides fossil fuels is going to leave a lot of people very disappointed.

The truth is that we have been running all this stuff on an extravagant ramp-up of debt for at least a decade to compensate for the troubles that exist in the oil industry, oil being the primary and indispensible resource for our way of life. These troubles are often lumped under the rubric Peak Oil, but the core of the trouble must be seen a little differently: namely, a steep decline in the Energy Return on Investment (EROI) across the oil industry. The phrase might seem abstruse on the face of it. It means simply that it is becoming uneconomical to extract oil from the ground, even with the so-called “miracle” of “fracking” shale oil deposits. It doesn’t pay for itself, and the EROI is still headed further down.

In the 1930s, the oil industry could get 100 barrels of oil for every barrel of oil in energy they put into production. Drilling on the Texas prairie was like slipping a straw in a milk shake and the oil gushed out of the ground under its own pressure. Today, those old wells are far into depletion and we’re left with unconventional oil. Horizontal drilling and fracking into shale is enormously more expensive to carry out, and offshore deepwater drilling that requires a $100 million floating oil platform is nothing like slipping a straw into a milkshake. They have to go down a mile or more beneath the surface and then another mile into the undersea rock. It’s very expensive plus dangerous. (Remember the BP Deepwater Horizon blowout of 2010?)

The aggregate ratio of oil-out-for-energy-in these days is 17 to 1, and for shale oil it’s more like 5 to 1. You cannot run industrial civilizations at those EROI ratios. 30 to 1 is probably the minimum. And you can’t run renewable alternative energy systems without an underlying support platform of fossil fuels. The implacable reality of this dynamic has yet to sink in at the graduate school fantasy factories.

The world’s major oil companies are cannibalizing themselves to stay in business, with balance sheets cratering, and next-to-zero new oil fields being discovered. The shale oil producers haven’t made a net dime since the project got ramped up around 2005. Their activities have been financed on junk lending made possible by arbitrages on the near-zero Fed fund rate, itself an historical abnormality. The shale oil drillers are producing all-out to service their loans, and by producing all-out they have driven down the oil price, negating their profit. Low oil prices are not the sign of a healthy industry but of a failing industrial economy, the latter currently expressing itself in a sinking middle-class and the election of Donald Trump.

All the techno-grandiose wishful thinking in the world does not alter this reality. The intelligent conclusion from all this ought to be obvious: restructuring the American living arrangement to something other than “infinite” suburban sprawl based on limitless car dependency.

As it happens, the New Urbanist movement recognized this dynamic beginning in the early 1990s and proposed a return to traditional walkable neighborhoods, towns, and cities as the remedy for it. It has been a fairly successful reform effort, with hundreds of municipal land-use codes rewritten to avert the inevitable suburban sprawl mandates of the old codes. The movement also produced  hundreds of new town projects all over the country to demonstrate that good urbanism was possible in new construction, as well as downtown makeovers in places earlier left for dead like Providence, Rhode Island, and Newburgh, New York.

When the elite graduate schools finally noticed the New Urbanism movement, it provoked extreme jealousy and hostility because they hadn’t thought of it themselves — it was a product of the property development industry. Harvard’s Graduate School of Design, in particular, had been lost for decades in raptures of Buck Rogers modernism, concerned solely with “cutting edge” aesthetics — that is, architectural fashion statements aimed at status-seeking. They affected to be  offended by the retrograde front porches and picket fences of the New Urbanists but they were unable to develop any coherent alternate vision of a plausible future urbanism — because there really wasn’t one.

Instead, around 2002 Harvard came up with a loopy program they called “Landscape Urbanism,” which was a half-assed revision of Ian McHarg’s old Design with Nature idea from the 1970s. Design with Nature had spawned hundreds of PUDs (Planned Unit Developments) of single-family houses nestled in bosky, natural settings and sheathed in environmental-looking cedar, and scores of university housing “complexes” bermed into the terrain (with plenty of free parking). Mostly, McHarg’s methodology was concerned with managing water run-off. It did not result in holistic towns, neighborhoods or cities.

The projects of so-called Landscape Urbanism were not about buildings, and especially the relationship between buildings, other buildings, and the street. They viewed suburbia as a nirvana that simply required better storm-water drainage and the magic elixer of “edginess” to improve its long-term prospects.

Apparently MIT, down the street from Harvard, got jealous. They had snootily ignored the New Urbanism movement too, and done next to nothing on their own to rethink the next phase of the urban condition, besides the usual stale fantasies derived from the Radiant City playbook of old Corb, LeCorbusier, the Swiss maniac who tried to destroy Paris in the 1920s with a skyscrapers-in-a-park scheme that ended up being appropriated for the notorious American housing projects for the poor of the 1950s.

That’s where MIT professor Alan M. Berger came in, having previously been at Harvard during the birth pangs of Landscape Urbanism. He brought over with him to MIT the P-Rex Lab (The Project for Reclamation Excellence) which put a “cutting edge” super high-tech veneer on what was still just environmental mitigation on previously used landscapes — pushing polluted soil around with front-end loaders.

Berger’s P-Rex lab showed absolutely no interest in the particulars of traditional urban design: street-and-block grids, street and building typologies, code-writing for standards and norms in construction, et cetera. They showed no interest in the human habitat per se. Berger and his gang were simply promoting a fantasy they called the “global suburbia.” Their fascination with the suburbs rested on three pillars: 1) the fact that suburbia was already there, 2) the presumption that mass motoring would continue to enable that settlement pattern, and 3) a religious faith in technological deliverance from the resource and capital limits that boded darkly for the continuation of suburban sprawl.

I will tell you without ceremony what the future actually holds for the inhabited terrain of North America. The big cities will have to contract severely and the process will be fraught and disorderly. The action will move to the small cities and small towns, especially the places that have a meaningful relationship with farming,  food production, and the continent’s inland waterways. The suburbs have three destinies, none of them mutually exclusive: slums, salvage, and ruins. The future has mandates of its own. If we want to remain civilized, we will be compelled to return to a landscape composed of relationships between town and country, at a scale that comports with the resource realities of the future.

The failure of American imagination, especially at the university level, is epic these days.

This article first ran on the American Conservative website. 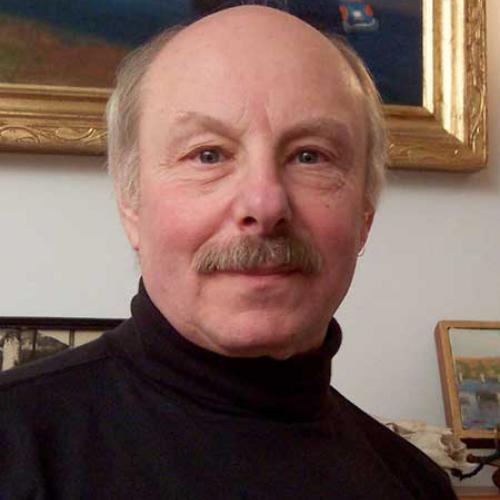