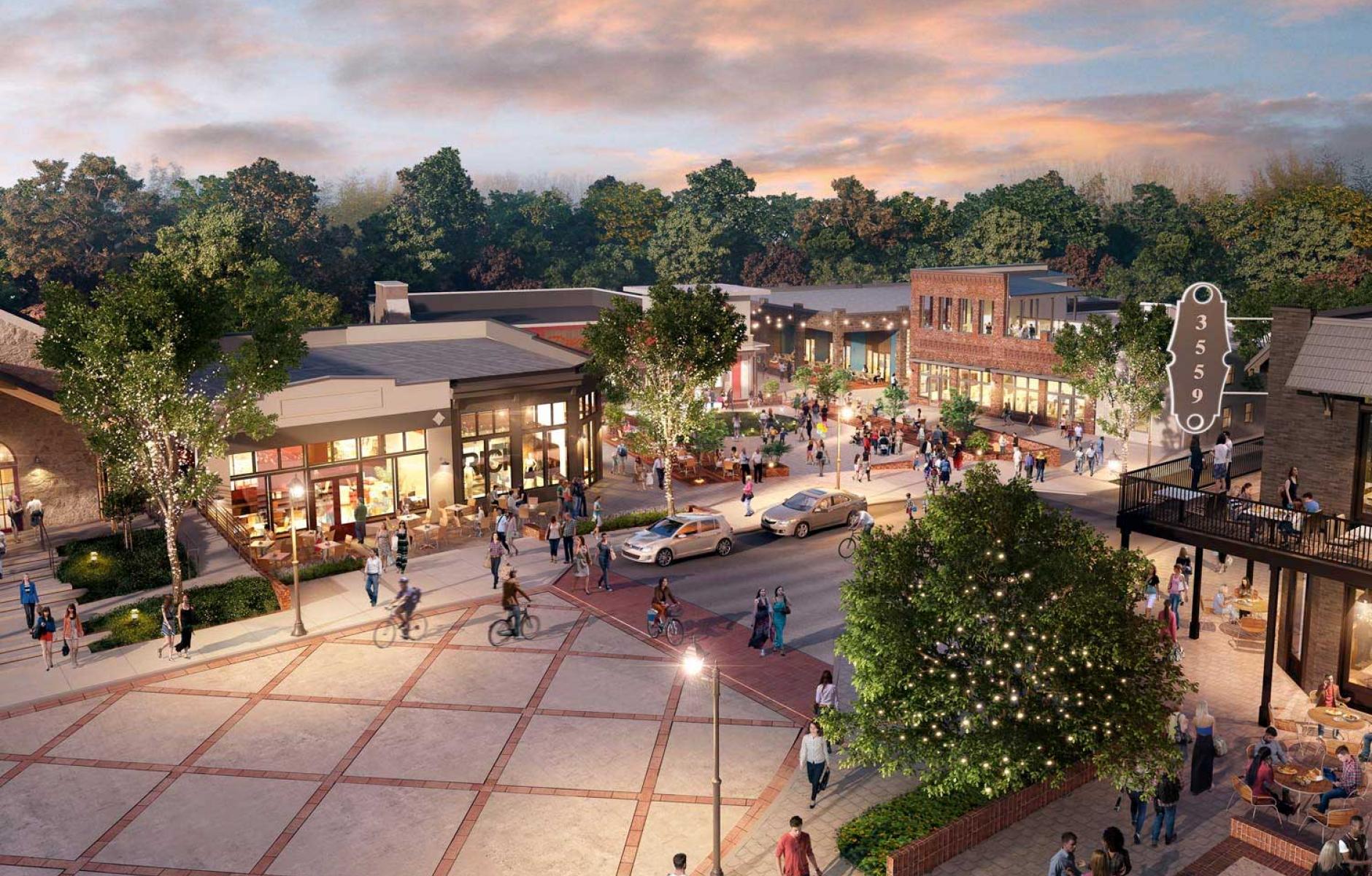 The death of New Urbanism is greatly exaggerated

Restoring the human-scale to the modern built environment is a long-term task, key to human health and welfare, that has barely begun.
ROBERT STEUTEVILLE   &nbspOCT. 4, 2017

A recent Governing Magazine piece was provocatively titled, "The 'New Urbanism' Movement Might be Dead." Taking that clickbait leads to a piece by respected urban planning essayist William Fulton that is mostly about the success of the New Urbanism.

Thirty years ago, the idea of a return to city life was a radical idea, says Fulton. Today, the story is different. "As an urban planner, one of the most interesting trends has been to watch the gradual mainstreaming of urbanism as a legitimate aspect of city life," he writes.

That sounds right, and I've got no problem with the provocative headline (which is standard for the Internet), or general criticism of New Urbanism. But Fulton goes a big step further:

"New Urbanism has become so mainstream that it’s hard to think of it as a separate movement anymore. It’s been replaced by something else. Call it Ubiquitous Urbanism, an urbanism so prevalent in our society that it’s no big deal: Of course people want to live and work in cities. Of course that’s where innovation in our society is occurring. We don’t even have to think all that much anymore about how to get urbanism to our town — it just shows up."

Maybe this is true where Fulton works—currently Rice University in Houston, Texas, according to his bio. Houston is a sprawling place, but not in the core, near Rice. A lot of people are confused, including Fulton, about the back-to-the-city trend.

In the US, we all benefit from a huge amount of legacy urbanism, built before 1950. Houston had close to 600,000 people in 1950, which is a good indicator for its "traditional urbanism," the area of street grid with the bones of a walkable place. Houston's core neighborhoods are not as big as the walkable parts of New York City, Chicago, Philadelphia, or Los Angeles, but they are substantial. Thirty years ago that traditional urbanism was under attack and rotting, as we built massive suburbs all around.

The traditional urbanism in cities and towns all across the US is reviving to a large degree. The suburbs are still growing, but more slowly compared to 1995 or 2005.

Mission accomplished? Not if you widen the lens beyond the legacy urban places. Houston itself, just the city, is probably 75-80 percent automobile-dependent sprawl. Its metro area is 95 percent sprawl. And that's the case nearly everywhere in the US. In some regions, the ratio may only be 85 to 90 percent conventional suburban development. Despite all of the progress made in the last decade, our cities are heavily tilted toward sprawl. And all of this was built through policy—government roads, land development codes, and finance rules. While the land development codes and finance rules are starting to change—largely with the help of new urbanists—the roads that create sprawl have changed very little.

Fulton makes it seem as if most of the problems have been solved—and he takes a jab at efforts to solve them. "Sure, lots of folks are still moving to the suburbs and living in single-family homes. But these days, when they drive to the mall, it’s probably no longer a bunch of department stores; rather, it’s a faux downtown urban district, where they can shop, eat, walk around and, perhaps, visit friends at their homes just like people do in cities," he writes.

I wonder if Fulton has really driven the vast hinterlands of Houston. You can drive for miles and miles, past scores of strip malls, before you would  stumble across one that  has been converted to a mixed-use, walkable downtown (which Fulton belittles as "faux."). They are out there—few and far between—but one has to know where to look and seek them out.

Here's the bottom line: In areas with dendritic street systems, where the local roads branch off of large arterial thoroughfares that are congested and difficult to cross on foot, the type of development known as sprawl is alive and well.

All of this would not be a problem if everyone loved to live and work in drive-only places, and if such places did not affect the health of people and the planet—but they do. A recent report by Touro College professor Michael Lewyn details the research on pollution and health problems that result from the built environment that we have created over the last 70 years. Hurricane Harvey recently laid bare some of the problems associated with Houston's turbocharged sprawl. Climate change is a daunting challenge that can't be solved without improving how we plan and build communities. Just as we are beginning to make progress, Fulton is bored with "Ubiquitous Urbanism."

What about the renewed market demand for walkable places? It is focused on 5 or 10 percent of the land area of metropolitan regions. Those are primarily legacy urban places, and they are becoming gentrified. So we need to build new walkable neighborhoods, and convert some of the areas that are currently not walkable and make them mixed-use and walkable to meet the rising demand.

New urbanists are working hard on this—a project that will not be finished in our lifetimes, if ever. And to the degree that new urbanists have succeeded, they should not rest on their laurels. By the same token, new urbanists should own their failures—and this gets back to Fulton's "faux" criticism.

Walkable, mixed-use downtowns built in recent decades are superior to single-use shopping malls in many respects. But new urban centers are largely the product of single developers, which opens a line of fair criticism. Bruce Donnelly, a commenter on the urbanist listserv Pro-Urb, responded to the Fulton article by writing a to-do list for new urbanists:

1) We could move even more strongly in the direction of making master-planned development into a platform for many small builders.

3) We could lobby states to loosen the stranglehold they have on street design so that arterials can be tamed.

4) We could support reforms of HOA regulations so that they can take advantage of sprawl reform.

That's a good list. It could be expanded, and urbanists are already at work on some of them—such as helping localities to reform subdivision regulations. The implementation of item number 1 depends on municipal leaders and citizen adopting a political framework for change. Municipalities set the planning direction on a scale that is larger than individual land owners, but they have a hard time overcoming barriers to urbanism.

Some projects offer models for how to make master-planned communities a platform for small builders. Duluth, Georgia—a suburb of Atlanta—created Parsons Alley by acquiring underutilized buildings and land and subdividing and selling to builders. The result has been an authentic-feeling urban center and a boon to the town.

Forward-thinking municipalities could take on similar projects, which often require reform of land-use regulations and transforming dendritic street systems into walkable, connected networks. That takes expertise, experience, commitment, and gumption. The folks who are committed to helping cities do what they need to do are alive and working just as hard as ever to make America and the world a better place. I hope Bill Fulton will join us.