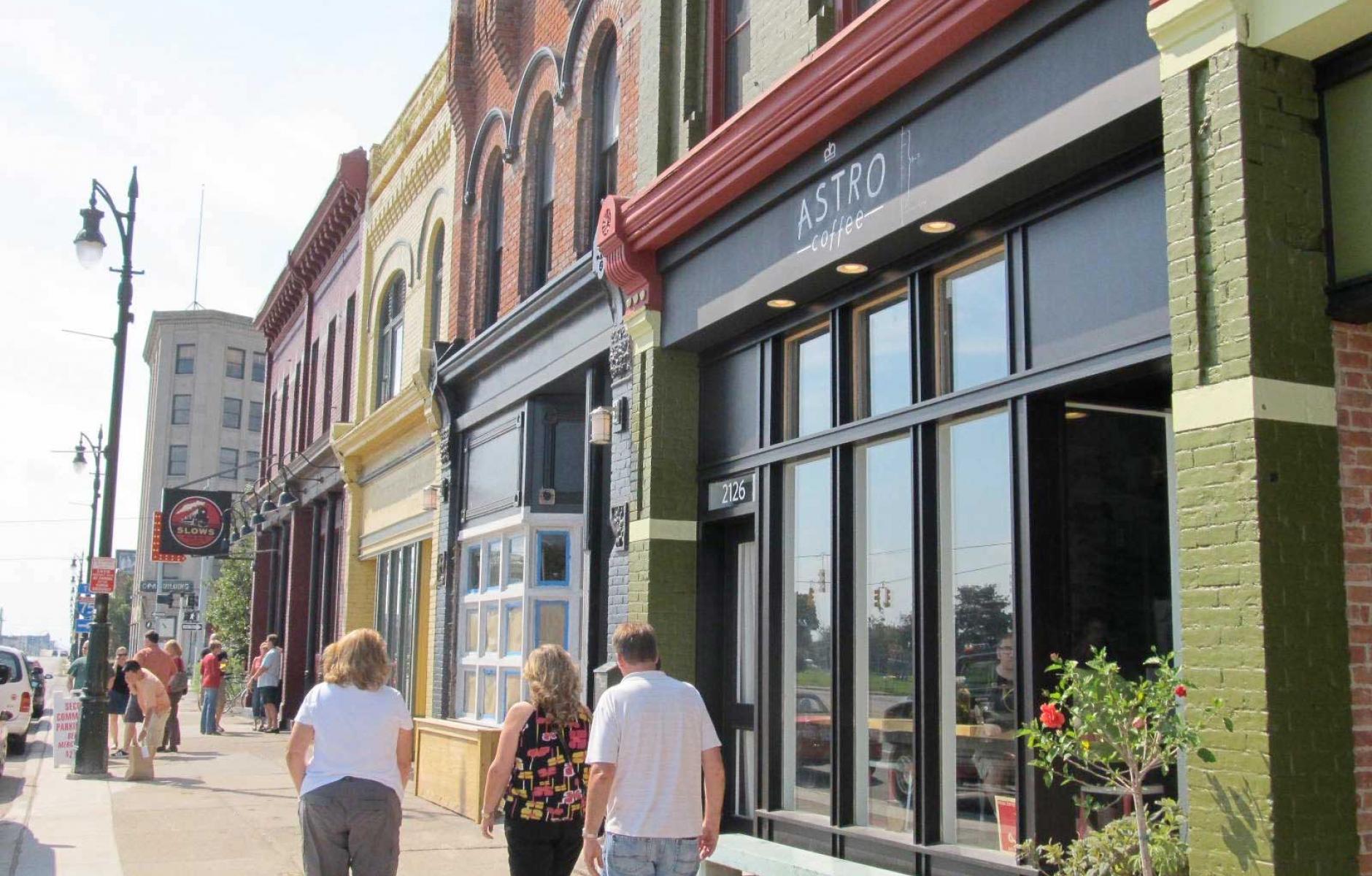 CNU has a vital toolkit that Christian community workers badly need to provide solutions to the problems they face in cities and neighborhoods.
CHRIS ELISARA   &nbspSEP. 25, 2017

I’m not ashamed to admit it. I love CNU, warts and all—the people, the charter, the commitment, the restless pushing of intellectual and professional boundaries as we square up to changing realities and new challenges. We’re a scrappy bunch. I like that. But we have heart too. Real places have a heart, and since the New Urbanism is all about making real places (or at least seriously attempting to), it makes sense that the New Urbanist pluck is a dash of tough-mindedness, a commanding skill set, and a big heart.

I was hooked since my first congress when my filmmaker buddy, John Paget and I, went from Joe Citizens to CNU colleagues when our award-winning film, Built to Last, was screened at CNU17 in Denver. That’s why I ran for the CNU board five years later, and when elected worked though the tough organizational transitions CNU underwent from 2013-2016. The main issue I ran on in my “election campaign” was communications, but my officially published platform also included the following pledge:

[I will] help build bridges to new constituencies, and especially to Christian faith-based organizations. As a Christian leader, I am connected to a large network of high-level religious leaders, community development organizations, and institutions I believe have a natural affinity with New Urbanism.

I’m sure most people didn’t give much heed to this plank in my platform, but I’ve steadily worked on this during and after my board tenure with like-minded CNU friends, which leads me to share a significant development, at least from this member’s point of view, for developing a relationship with a national Christian organization focused on community development, namely the Christian Community Development Association, or CCDA. At their upcoming annual conference in Detroit—where 2,500 ethnically diverse Christians committed to making their cities and towns better places will be gathering—I have set up a formal networking session for CNU members and CCDA members to intentionally explore together our mutual interests in urbanism, and why and how as members we could collaborate for the common good “making places people love.” 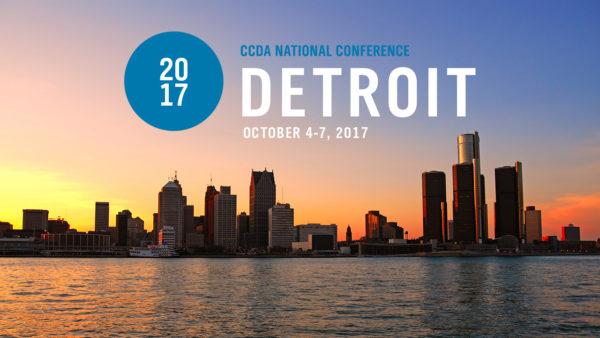 I believe CNU has a vital toolkit that for the most part Christian community workers don’t have, but badly need to help them provide solutions to the problems they address daily in the cities and neighborhoods where they live and work. I’m not the only one who thinks this, nor is this something new for CCDA.

CNU has a long history of Christian interest and involvement. At the individual level Christian members can be counted within the founders and writers of the Charter, within various leadership roles, within the rank and file, and within the cadre of CNU funders. For the past several years we’ve come together at congresses for a prayer breakfast where we’ve caught up on each others’ work, and prayed for each other, CNU, and the work at hand. At an institutional level the University of Notre Dame, Andrews University, Judson University, Calvin College—all Christian educational institutions, have been active and committed CNU members. There have also been formal sessions at the congress involving Christian and religious projects and/or content.

It is also worth mentioning that Pope Francis’ 2015 encyclical, Laudato si: On Care For Our Common Home, had a lot to say about the relationship between urbanism, climate change, environmental stewardship, and human wellbeing. Because of his views on urbanism a letter reaching out to Pope Francis during his recent visit to the US was drafted—with support and collaboration with a Catholic partner—offering to share CNU’s toolkit with the Catholic Church as a practical way for Catholics to help fight climate change, protect the environment, improve community wellbeing, and opening up a relationship between the Vatican and CNU’s pool of urban expertize. In the end CNU’s leadership decided not to send the letter, but if Pope Francis appreciates the importance of urbanism, and is willing to promote it as a solution to climate change, that’s a good indication that urbanism resonates deeply with Christian thinkers and leaders.

The most recent development is the formation of the CNU Member’s Christian Caucus (CNU-MCC), which currently has about 75 members. Its purpose is “to support CNU by extending the concepts and practices of New Urbanism to the Christian community,” especially where both Christian faith and New Urbanism share overlapping central concerns and values, namely “social justice, creation care/environmental sustainability, and urbanism that begets community wellbeing and serves the common good.” CNU-MCC’s website will be launched later this September, but a forthcoming activity worth mentioning that illustrates the CNU-MCC’s ethos is the significant role the caucus will play leading the urban design sector at the upcoming UN-Habitat Faith-Based Urban Thinkers Campus in Singapore in November (http://www.weacreationcare.org/world-urban-campaign-urban-thinkers-campus-info/). Another example is the role that CNU-MCC members played in incorporating into a recent international Christian statement and call to action on cities—prompted by the current trends in rapid global urbanization underscored by 2016’s Habitat III and The New Urban Agenda--that explicitly references the Charter for the New Urbanism and Cannons of Sustainable Architecture and Urbanism as practical tools for the global evangelical Christian community to use for urban development.

This brings me back to the networking session at the CCDA conference where we’ll be exploring what synergies there might be between Christian community development and New Urbanism. Many national non-profit organizations have a faith-based department reaching out and working with religious communities of all varieties, not just the Christian community. For example, in my environmental work I’ve worked with faith-based divisions at the Sierra Club, EcoAmerica, The Nature Conservancy, etc., and similar divisions at the US Department of State, the White House, the World Bank, the World Economic Forum, the United Nations, etc. These organizations understand the mutual benefits working with faith-based communities can offer. In lieu of such an office at CNU, the Christian Caucus can step into that bridge-building role between the Christian community, New Urbanism, and CNU members. If you’re interested in attending this networking session—and let me stress you don’t have to be a Christian or member of the CNU Members Christian Caucus to come—we’re meeting in Detroit on Oct. 5th from 5:30-6:45 PM in the Duluth B Room at the Detroit Marriot Renaissance Center. We’d love to see you there. If you have any questions please contact me at celisara@worldea.org. 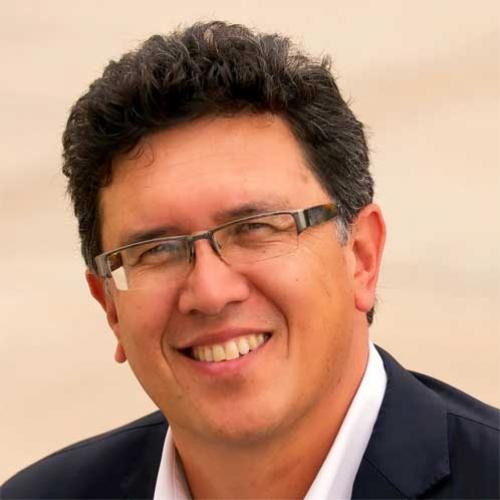