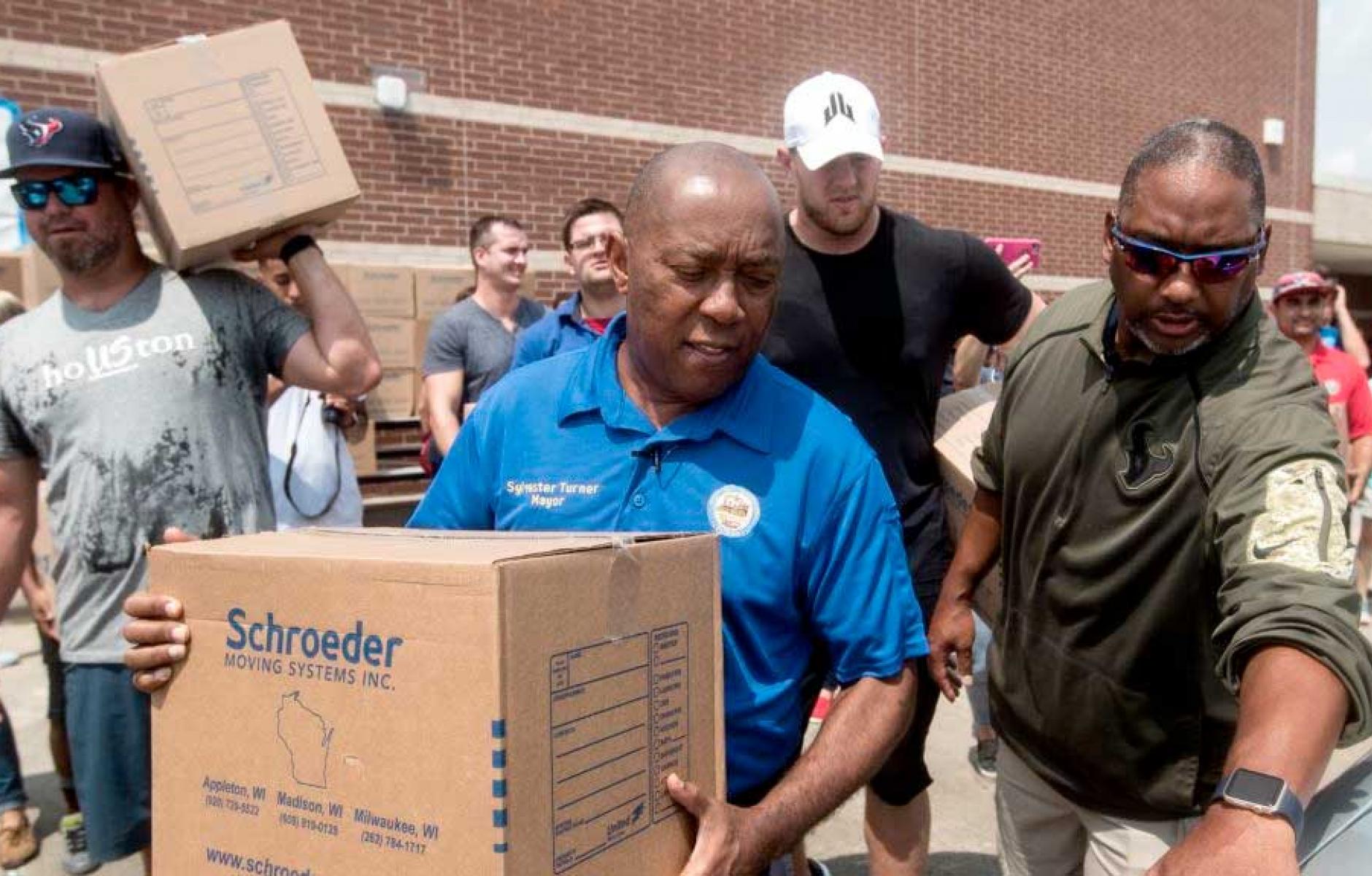 From the wreckage, hope and opportunity

Citizens have a chance to go beyond business-as-usual to achieve a higher potential through recovery from the historic 2017 hurricane season.
ROBERT STEUTEVILLE   &nbspSEP. 12, 2017

The Southeast woke up this week to destruction from Irma, the second major hurricane to hit the United States in 2017, the worst hurricane season since 2005. In terms of loss of life, there is no comparison between that year (about 1,700 deaths from Katrina alone) and 2017, but property damage may be comparable or even higher this year.

In Houston, the 40-50 inches of rain from Harvey was reported as a once-in-a-thousand-year event. Like Katrina and its broken levees, some writers have questioned whether Houston was negligent in planning for such a disaster, or planning in general. The Washington Post published an article laying some of the blame for Harvey's record flooding on Houston's lack of zoning and insufficient development controls.

Now is not the time that I would judge a city too harshly for its historic land-use planning policies. As Hazel Borys of Placeshakers wrote while Harvey was still dumping rain on the city: "No amount of comprehensive planning or zoning reform can prepare a city for the sort of flood Houston is currently experiencing. An expected 50” of rain in a few days makes this an event that no place in the world is likely to sustain without massive personal and economic impacts."

There but for the grace of God go the rest of us.

Yet as the only major US city without zoning, Houston invites questions about the impact of its land-use policies on an event such as Harvey. It is worth noting that Houston has land-use regulations that accomplish much the same thing as zoning. The city mandates setbacks, wide roads, long blocks, and off-street parking. Private covenants often regulate uses. These regulations plus disconnected road networks contribute to Houston sprawl, which is impressively vast, but not out of line with other US cities that have been built mostly since 1950. That includes areas in Florida that were devastated in the last few days by Irma.

A clever graphic from the Post article illustrates how Houston's impervious surface has increased dramatically since 2000, but—again—the city's population has grown by 350,000 in this century. Such growth is bound to involve laying down substantial asphalt.

More important than how these places have been built is where they go from here. Every hurricane brings with it some opportunity. As billions of dollars pour in through aid, insurance payments, and new investment, cities have a chance to rethink physical patterns and create new visions for the future. That is where skilled and practical-minded urbanists can help.

In the wake of Katrina, new urbanists created large-scale plans that had an impact. The Mississippi Renewal Forum in Biloxi, six weeks after Katrina, generated form-based codes that were eventually adopted in seven jurisdictions. Out of that forum, the largest charrette ever organized, came a great idea—the Katrina Cottage—that was used in the hurricane recovery and still has influence today. More than 3,000 Katrina Cottages were deployed in Mississippi and Louisiana in place of "FEMA trailers," and these cottages were moved to permanent neighborhood locations from Colorado to Florida.

Tremendous creative energy in urban design and development was involved in the rebuilding of New Orleans. Most of that energy came from the citizens themselves in their will to re-occupy their homes and rebuild their neighborhoods. The city lost more than half of its population from 2005 to 2006. Many observers thought it would never recover. Since 2006, New Orleans has grown by 88 percent and is now at approximately 86 percent of its former population. Some of the best planning work in New Orleans has involved the preservation and revitalization of the city's housing stock.

Citizens in Houston, Florida, Georgia, and South Carolina are still figuring out how to get the lights on, restore basic services, and just survive. I pray for them to get through the next couple of weeks sound of mind and body. They will begin to dig out of the debris and rebuild their lives. At some point they will start thinking about the future and the wisest ways to spend the money that will become available to make better communities for themselves and their children.

That's when they will find opportunities to do magnificent things. I wonder what great ideas will come out of the wreckage of the 2017 hurricane season? I hope citizens and their leaders go beyond business-as-usual to achieve a higher potential through recovery from the historic 2017 hurricane season.