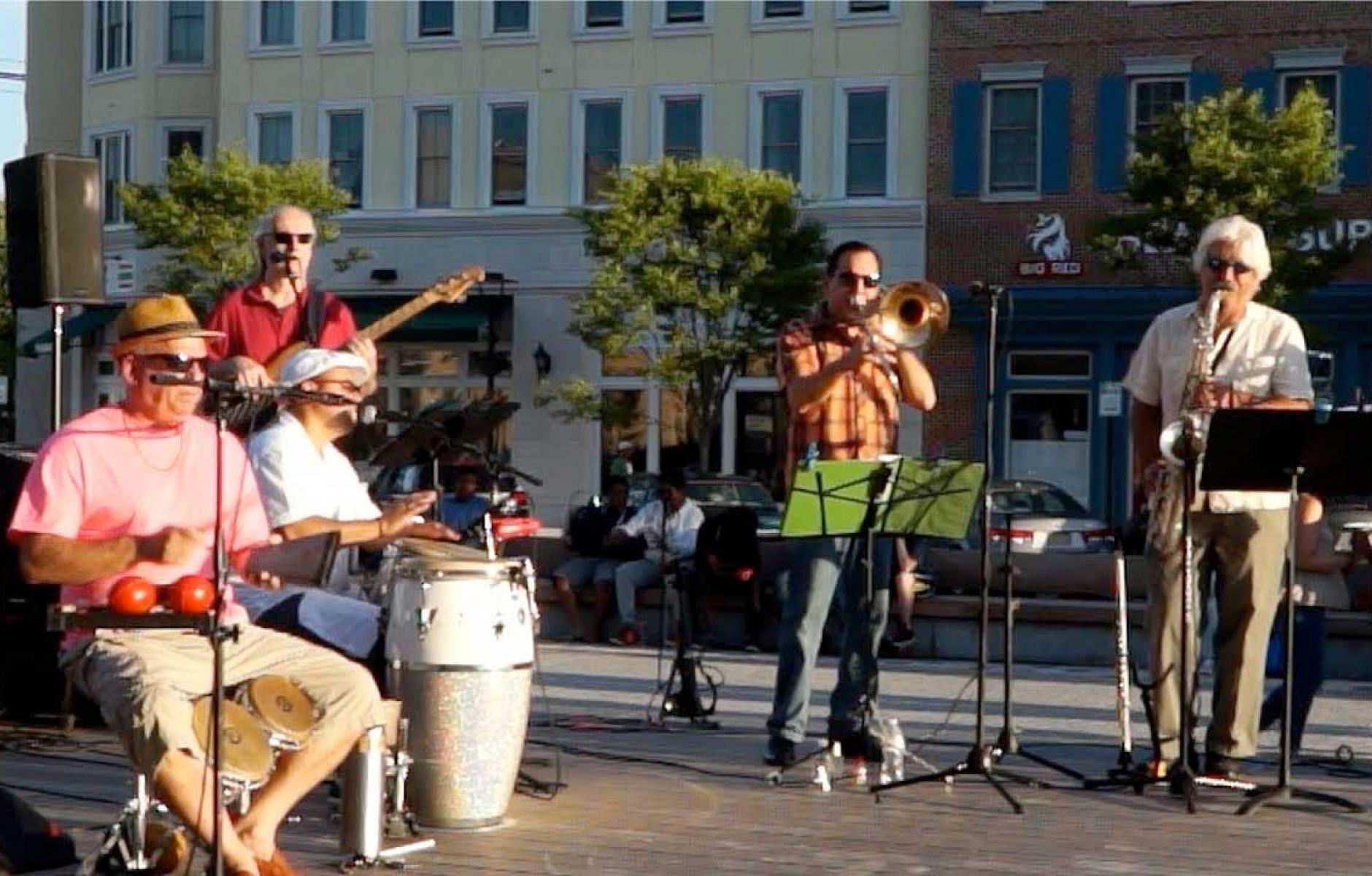 The center of Wyandanch, New York, was until recently a sea of parking among fading commercial strip businesses in the middle of an economically distressed community on Long Island. Now, two mixed-use buildings face a new square with fountains and activities like ice skating and concerts, forming the core of Long Island's first major transit-oriented development. The residential in the new buildings—some of which is affordable—is fully leased and the commercial leasing is underway.

Already, several hundred units above shops are built next to a public square by Wyandanch’s commuter rail station, and more buildings are in the pipeline. A contract has been awarded for a new train station.

“People were skeptical at first that this would ever happen, but every day something different and beautiful is happening there,” Kimberly Jean-Pierre, Director of Wyandanch Community Resource Center, told The New York Times. “This is going to be a major improvement in our quality of life.”
“The fact that Wyandanch, with all of its problems, is the first place on Long Island where you’re going to have a major transit-oriented development is amazing,” Suffolk County Executive Steve Ballone told The Wall Street Journal.

The public sector is investing in Wyandanch, including water and sewer lines, Complete Streets, structured parking for commuters, health and youth centers, new parks and playing fields, and greenways that connect to a regional open space system. That funding is leveraging $500 million in private investment that will bring more than a thousand new housing units and 189,000 square feet of commercial space.

Meanwhile, three new neighborhood centers—embedded into the urban fabric—will remake a mile and a half of a commercial strip corridor called The Straight Path. The new development is expected to transform the community of 10,000 and create a model for connecting land use to transit on Long Island.

Useful urban public spaces are needed all over suburban Long Island, a sprawling area of more than 2.8 million people. Shops, residences, and civic and social service buildings surround the public plaza. Featuring space for festivals and cultural events like musical performances, the plaza will form the heart of downtown—a place where Wyandanch will live, work, and play.

Centered on a nexus of regional transit systems, Downtown Wyandanch is designed to become the new Civic and Commercial heart of the community, with a distinct “sense of place” evocative of historic town centers throughout Long Island. The planners are paying particular attention to creating a network of green and public spaces that were lacking in the area. 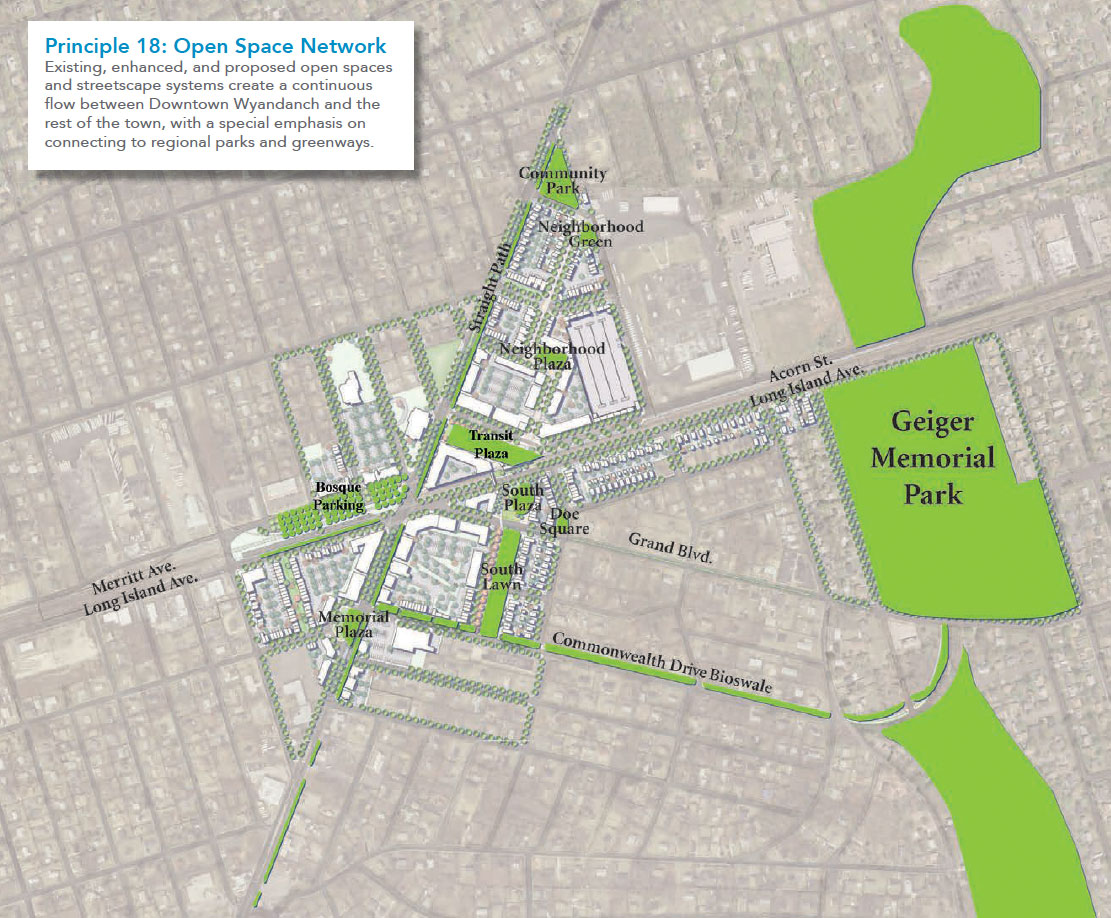 The Wyandanch transit-oriented development, designed by Torti Gallas + Partners won a 2015 Charter Award from the Congress for the New Urbanism.