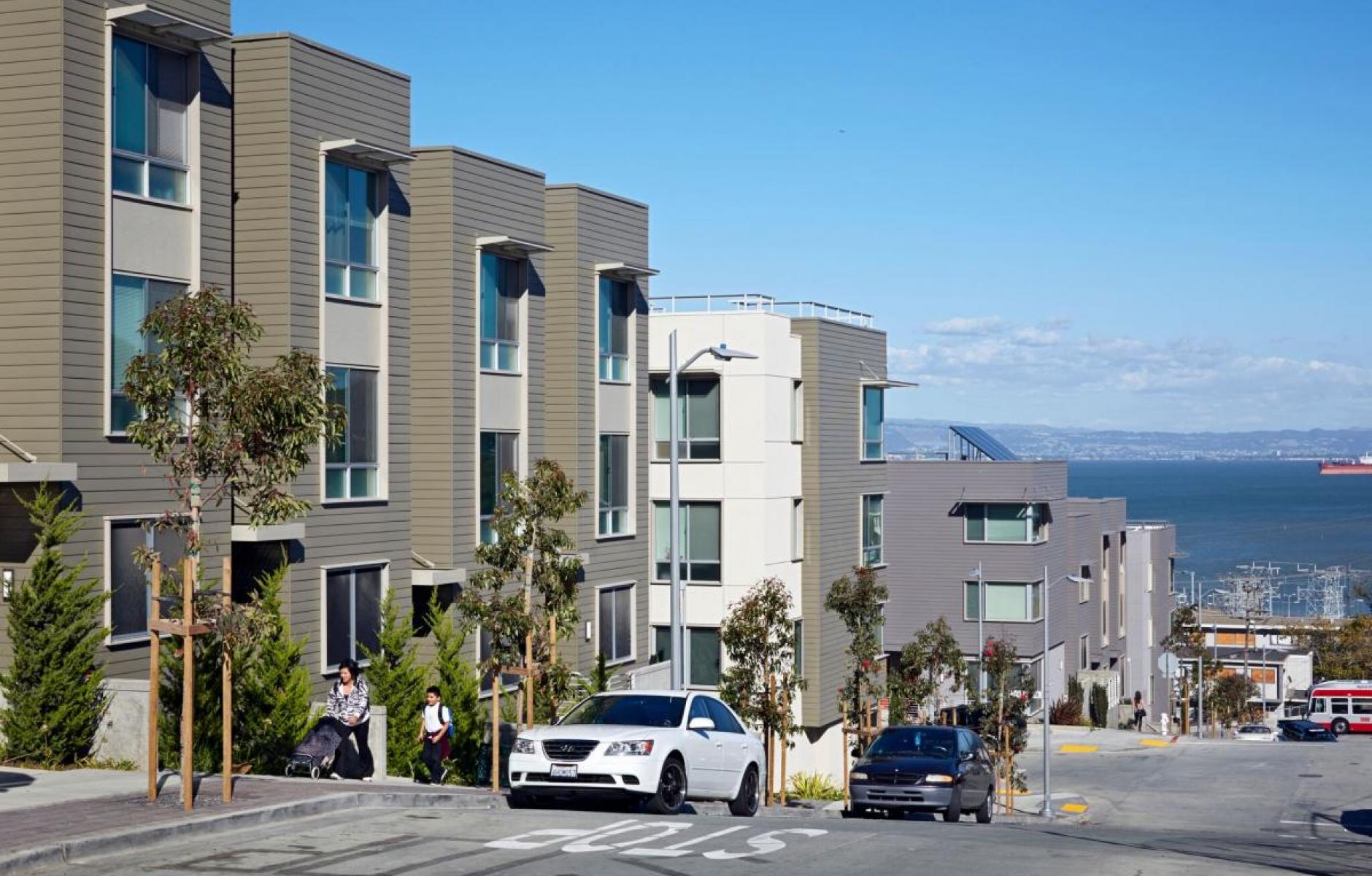 Units step down the steep terrain in a way that is typical of the city. Source: Mithun | Solomon
Equity

In contrast to the open city of magnificent views, says architect Dan Solomon, “half a block into the project one was completely unaware of a world outside. Dead-end streets wound around the contours of the hill; buildings didn’t follow the streets and open space was what was left over—shapeless, residual, un-owned and terrifying. Kids who lived in the project were literally in mortal danger if they ventured two blocks away to another isolated project and another fiercely defended gang turf.”

The Hunters View community is secure, immeasurably improves parks and public spaces, and is immediately recognizable as San Francisco.

Six principles of neighborhood design are common to virtually all of San Francisco’s historic neighborhoods and were completely absent from the old project. They are the basis for the new Hunters View.

Throughout San Francisco a regular grid of small blocks with few anomalies is laid over the steep topography. This contradiction between regular blocks and irregular terrain gives the City its distinctive character.

Streets are lined continuously with buildings. Buildings look out on the public space of streets and activate them with frequent building entrances and articulations.

The neighborhoods of San Francisco are not closed enclaves, but are part of a continuous city fabric. Continuity is both social and physical, and mixed-income districts are common.

5. Streets and stairs as view corridors

The city grid on hilly terrain creates view corridors that give a powerful sense of the larger landscape throughout the City. The absence of this quality contributed to the sense of isolation in the former project.

In the original platting of San Francisco, open space is organized into significant and well-defined parks, each in a location of commanding view.