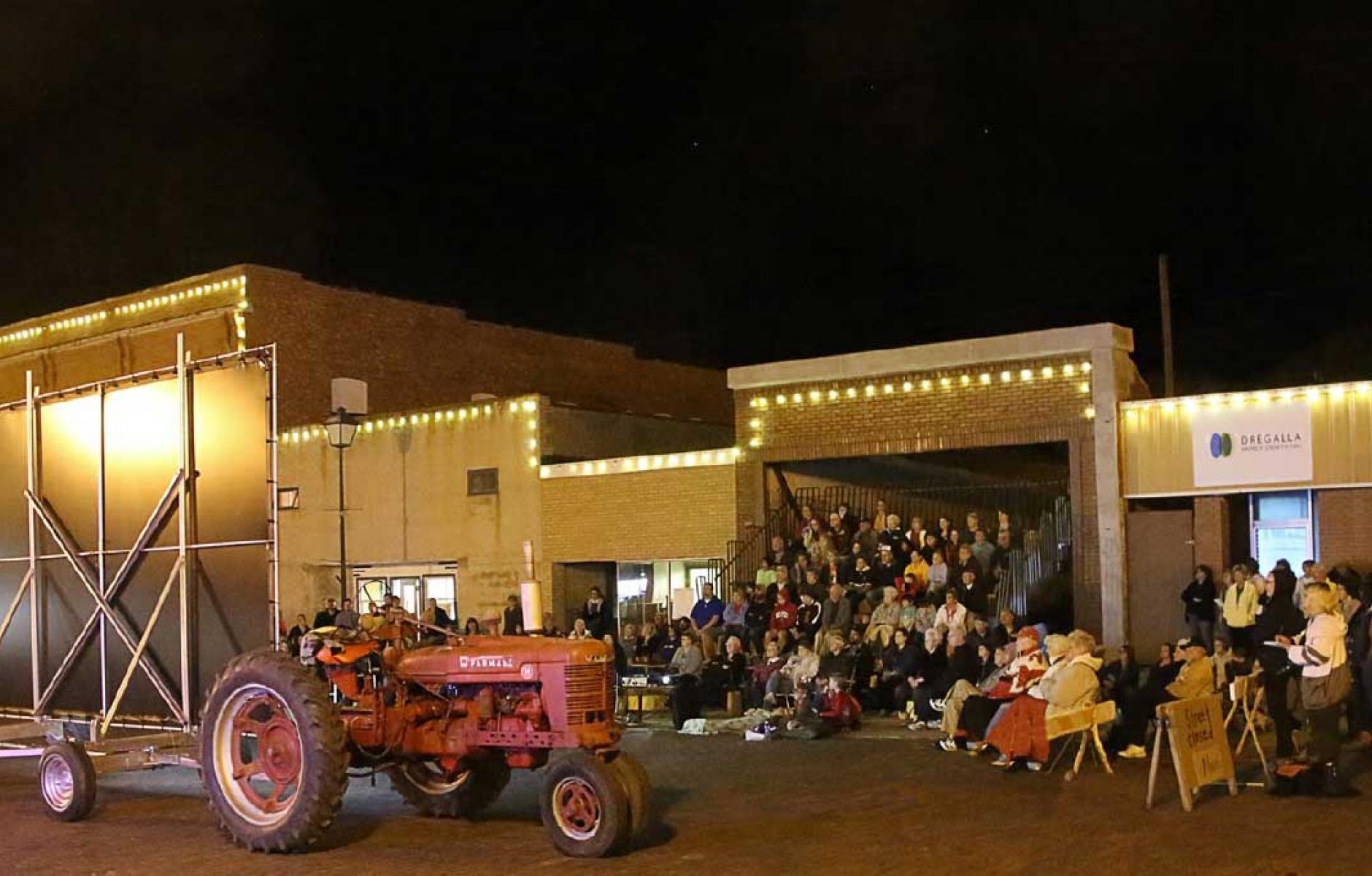 The Storefront Theater is a unique and creative use of a vacant space in a small-town Main Street.
ROBERT STEUTEVILLE   &nbspJUN. 20, 2017

Main Street in Lyons, Nebraska, has suffered like the heart of many small towns across America as shops have closed—losing customers to declining population and replaced by distant big-box stores.

With the ingenuity of a conceptual artist and built by local craftspeople in 2015, The Storefront Theater was installed in a vacant, brick façade. The wall was modified with two hydraulic pump arms so that a false front and awning fold down over the sidewalk with the push of a button, providing seating for 100. A movie screen is pulled into the middle of the street with a tractor in this prairie settlement, population 851, about 50 miles from Omaha. The Main Street becomes a town square, a focal point for the community.

Since the opening, the theater has hosted movie screenings, video game nights, an anti-bullying event, and music concerts. The new energy brought by the venue has inspired another Lyons native to purchase the empty building next to the theater and turn into an art gallery that had it first show in 2016.

The project was conceived when Matthew Mazzotta, the recipient of an Artplace America grant, placed an “outdoor living room” on Main Street to capture stories and ideas from residents, who fondly remembered a once-thriving downtown and expressed a strong desire to revive community life. One participant pointed to a downtown building that was only a storefront—a wall with no building behind it—that became the project site.

As the community pulled together to build the retractable theater, a local retired postman—an amateur filmmaker, volunteered to make a documentary on the history of Lyons’ downtown for the venue’s opening night. More than 100 people in Lyons volunteered to take part in the film, donning period costumes and driving their own vintage cars.

"Too often we think that you have to go to the big city to get your arts and culture fix. This project is about demonstrating that we can and do have interesting arts and cultural infrastructure in small towns,” said Brian Depew of the Center for Rural Affairs. “If we can do this in Lyons, Nebraska, it can be done anywhere.”

The Storefront Theater won a CNU Merit Award in 2017.