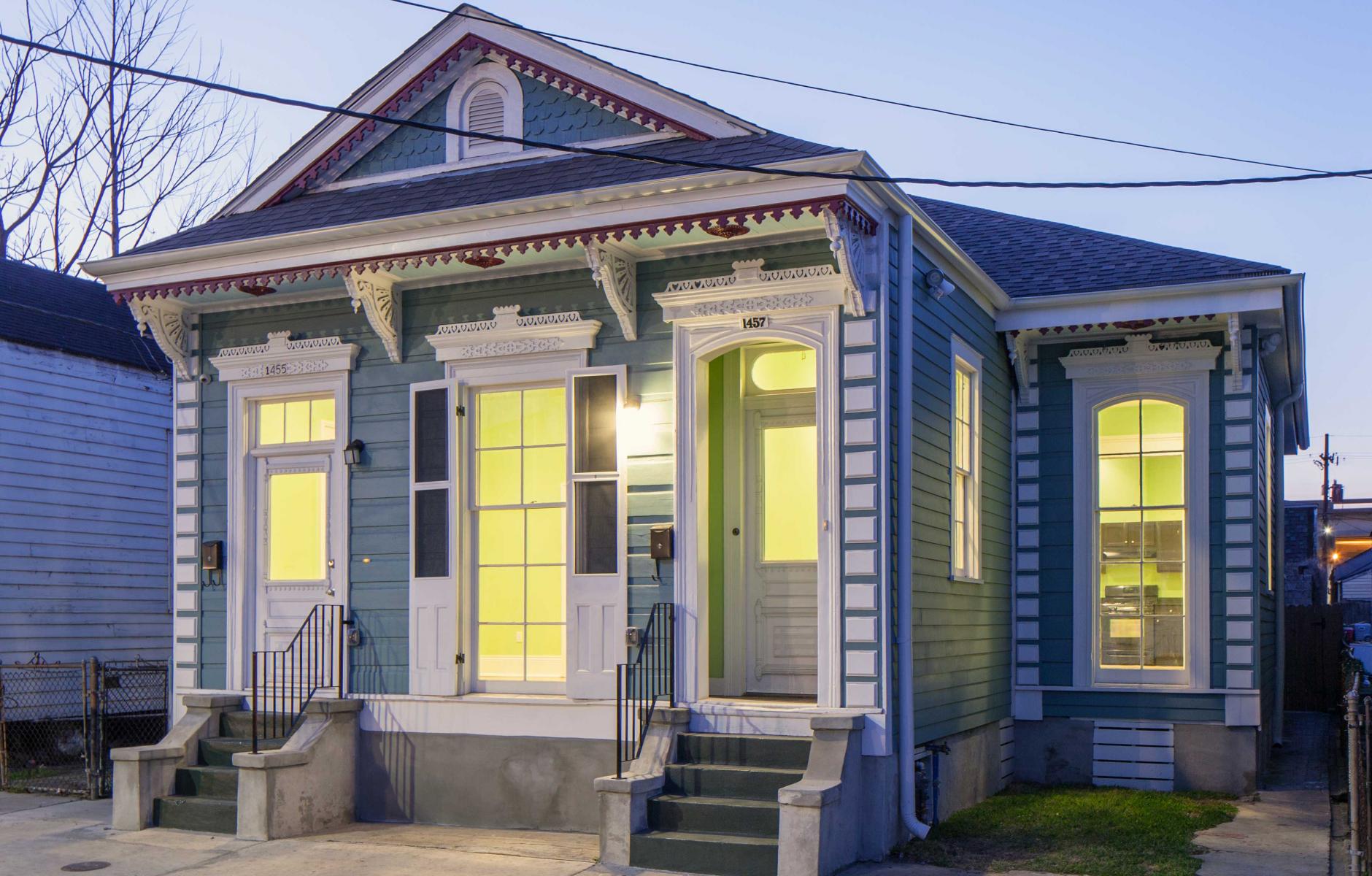 The development restored vernacular houses in stunning fashion across three New Orleans neighborhoods—Treme, Central City, and the Seventh Ward. The team skillfully used state and federal tax-credit programs to renovate 46 houses for low-income and racially diverse long-time residents. The houses were in danger of being lost and represent irreplaceable assets. Their restoration helps to support walkable neighborhoods in one of America's most distinctive urban places.

“It shows that it is possible to rehabilitate homes on a large enough scale that there is an immediate and significant economic impact and that creates affordable housing in the process,” says Neal Morris, founder of Redmellon Restoration and Development, the developer.

Iberville Offsites is Phase Two of a project that has renovated more than 100 houses as part of a federal Choice Neighborhoods grant. Choice Neighborhoods, the successor to HOPE VI, is designed to remake public housing using the principles of the Charter for the New Urbanism—and has produced two Charter Award Winners in 2015.

“Historic preservation is too often seen as the domain of the affluent and white, but this project is relevant to the lives of a significant number of underprivileged people of color that are able to afford historic homes in neighborhoods where they would otherwise be out priced,” noted Eric Kronberg of Kronberg Wall Architects, the firm responsible for Iberville Offsites.

The project uses green technologies like solar panels and innovative insulation that does no harm to the historic integrity of the houses, and meets current accessibility standards.

“Iberville is representative of so many things that we are trying to do,” says architect and CNU cofounder Elizabeth Plater-Zyberk. “Private initiative and public support is skillfully combined.”

Commented author and house designer Marianne Cusato: “They’ve done all of the technical things, but the end result is beautiful without aesthetic compromise.”

Iberville Offsites does more than just house moderate-income families and keep tons of construction materials out of the landfill. It reknits the cultural and social fabric of one of America’s great cities, embodying the tenets of the Charter for the New Urbanism.