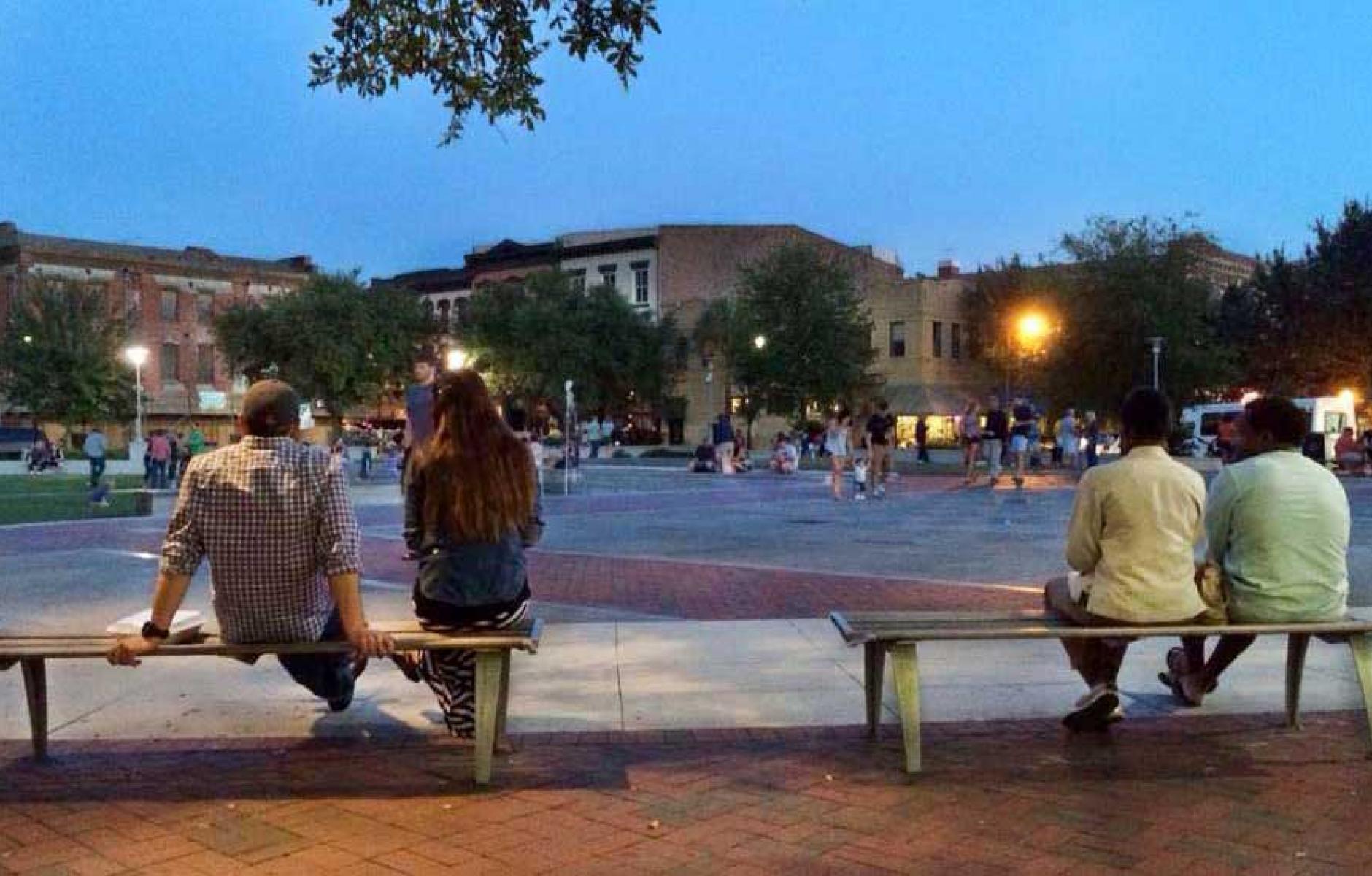 Investing in a historic green space

"Ellis Square is one of the great stories of preservation and restoration in Savannah," says the group Discover Historic America. Indeed, Ellis is one of the oldest and finest of the city’s 24 squares, which give the city of Savannah, Georgia, a unique form and appeal.

In the 1950s, several of Savannah’s historic squares were paved over for highway access. Ellis Square was covered with a parking garage. Now, as part of a collaborative effort with intensive community involvement, Ellis Square has been restored as a public space, bringing new activities and investment into the surrounding Decker Ward neighborhood.

The restoration involved one of the most comprehensive public processes in Savannah’s history. More than 20 public meetings, extensive historical research, and a three-day design charrette went into the plan. The central parking structure and other surrounding garages were removed and replaced with an underground facility that allowed a new park to be built, spurring private development on adjacent empty parcels.

The old parking garage was demolished in 2006, and the new park dedicated in 2009. Since then, a renaissance has taken place. “Savannah’s Ellis Square is one of the city’s most exciting spaces, with a water fountain for kids to run through, shaded tables, a life-size chess set, CAT bikes (bikeshare) available for rent, and the entrance to City Market on the west side of the park,” notes Savannah.com. An iconic statue of Savannah’s favorite son, songwriter Johnny Mercer, also sits in the square.

The project provided a basis for a long-term revival of the historic Decker Ward neighborhood. Rather than dictate a large-scale repurposing through a single developer, the plan supports a vital private realm through the generous and thoughtful planning of public space. Within four years, the $34 million public investment in redeveloping Ellis Square attracted 50 new private homes, 35,000 square feet of retail space, 80,000 square feet of office space, and 150 new hotel rooms.

In studying Ellis Square’s historic conditions, planners Sottile & Sottile considered the role of the city’s old public market—which had been torn down to build the twentieth-century parking facility. The market served both as destination and permeable connection between adjacent uses and neighborhoods. In contrast, the garage was a utilitarian destination, both impermeable and unpleasant for those seeking to move across the ward.

The square’s design actively engages the streets that converge on the site and provides amenities such as fountains that complement the more traditional uses found at other Savannah squares. Today, the restored park celebrates the connections between the square, its surrounding streets, and the Decker Ward. Ellis Square won a CNU Charter Award in 2013 for Sottile & Sottile.