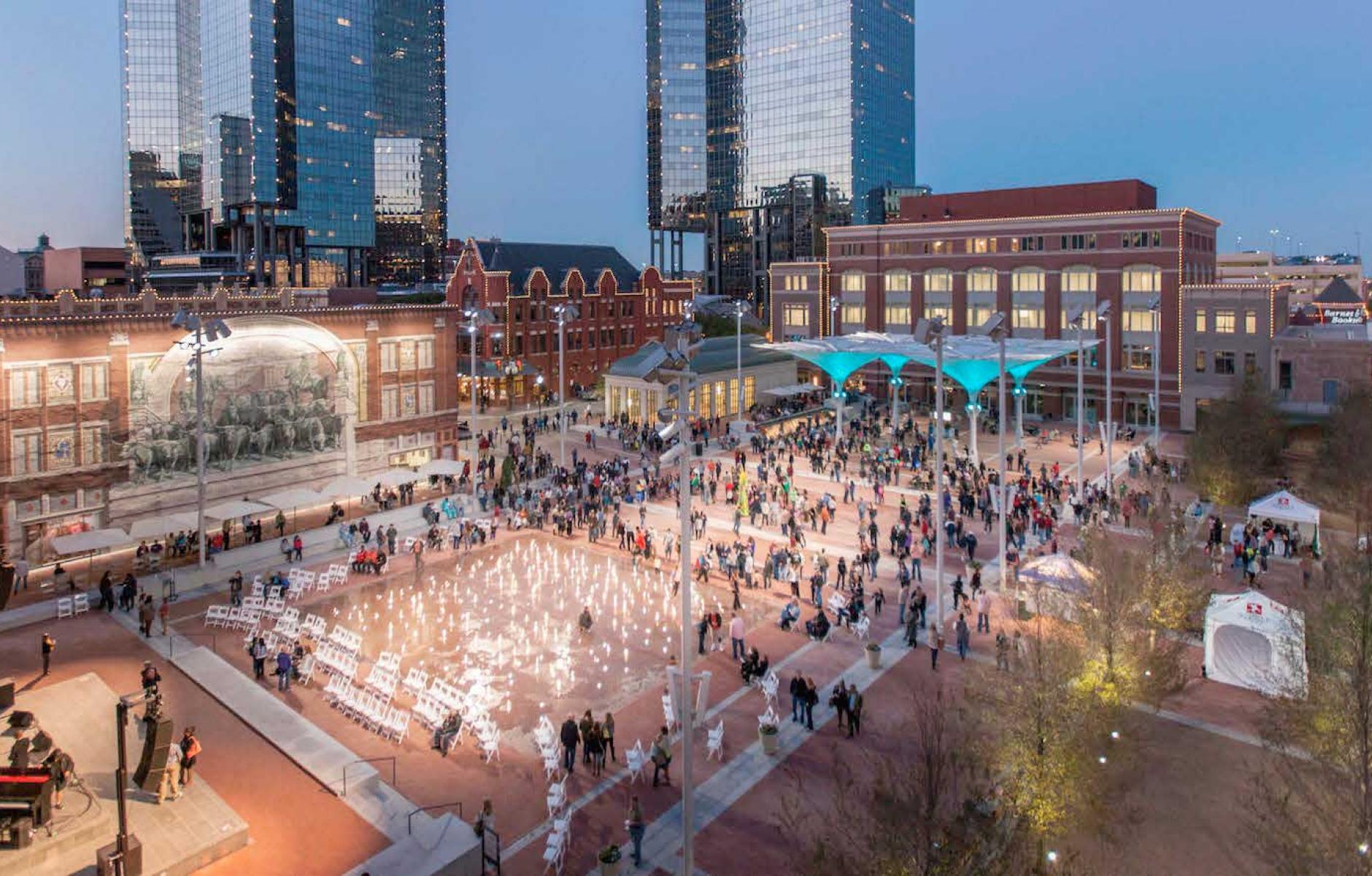 Sundance Square in Fort Worth, Texas, is a pioneering example of New Urbanism in a sprawling, Sunbelt city.
ROBERT STEUTEVILLE   &nbspMAR. 8, 2017

Fort Worth’s downtown suffered like many others in the second half of the Twentieth Century. Streets were widened and historic buildings were town down for parking. By the 1980s, property values had plummeted as residents fled for the suburbs and shopping malls.

Then the Bass Brothers, scions an oil-rich family, hired Washington DC based architect David M. Schwarz to create a plan for revitalization. Building by new and rehabilitated building, over nearly three decades, about 35 blocks have come back to life.

Alongside its neighbors, Dallas and Arlington, the city of Fort Worth, Texas, is at the heart of the largest metropolitan area in the south, with roughly six million residents within an hour of downtown. With Sundance Square, a CNU Charter Award winnner for 2014, Schwarz’s firm “managed to create an entire district of real, walkable urbanism in the heart of a driving city,” notes planner and author Jeff Speck.

The square makes the most of downtown’s potential for nightlife by offering a competitive space for retail, dining, and entertainment. In order to meet these goals, street parking was extended and made free on nights, weekends, and holidays. Bleak, windowless facades were made pedestrian-friendly. A performing arts center and library was built with grand, modern details in order to engage the community with architecture. Art galleries and open public spaces encourage visitors and residents alike to stick around after hours and experience Fort Worth at night.

In a novel approach to market research, the master planner advertised not-yet-designed residential buildings in the central district—and, when telephones started ringing off the hook, took that as evidence that demand was plentiful. Though many Southerners are drawn to the idea of vast, private land, this tactical research proved that in growing cities, interest in urban living is strong.

Over the course of the last few decades, the heart of Fort Worth was transformed from a bulky series of parking garages into a warm, inviting public space deserving of the name “Sundance Square.”