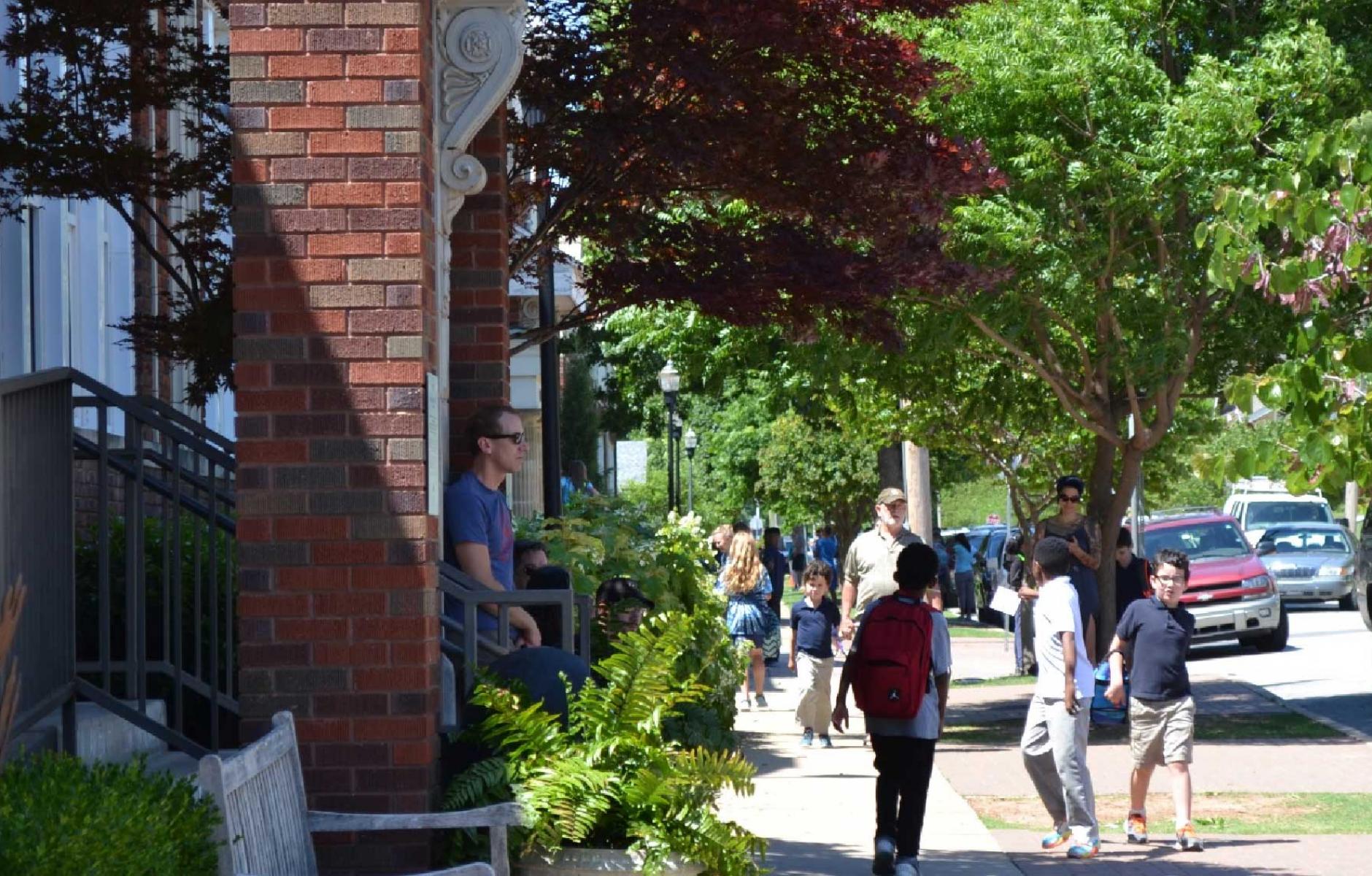 Urban living with kids, part three: For cities vying for the best and brightest, a mixed-use urban neighborhood with a great public school is a slam dunk.
JENNIFER GRIFFIN   &nbspFEB. 6, 2017

One of the largest market demands on the horizon consists of young couples seeking affordable urban living with kids. However, a big challenge for many parents in seeking an urban lifestyle has do to with the quality of urban schools. This issue has caused many young couples once they have children to feel torn between pursuing an urban lifestyle and moving out to the suburbs where the public schools are perceived as providing an educational experience that is better, safer, and inclusive of more opportunities than their urban counterparts.

Despite the growing demand, finding a walkable mixed-use urban neighborhood with a high performing neighborhood public school is still like finding a needle in a haystack. Finding one that is also affordable for middle-class families is even harder.  A recent study published by the Department of Agriculture states that the estimated cost of raising a child from birth through age 17 is $233,610, which equates to just under $14,000 annually. Given the steep cost of raising a child, along with increasing financial burdens carried by the millennial generation (e.g. student loan debt), it’s no wonder why young families today feel torn between their desire to live an urban lifestyle and their ability to pay a premium to do so in a kid-friendly urban neighborhood with a great school.

This should be a wake-up call for cities trying to attract the best and brightest young talent as well as for developers looking to capitalize on the next great market demand. A mixed-use urban neighborhood with a great public school is a slam dunk.  Creating such places remains a challenge.  However, continuing with Tulsa as a case study, let me share three local examples at various scales – from grass-roots urban pioneering parents to non-profit community based organizations to entire school districts – of strategies and methods affecting positive change in urban neighborhoods.

When it comes to creating a top-notch public school in downtown urban neighborhoods, it often can be a "chicken or the egg" dilemma - school districts don't want to invest because there isn't yet a high enough concentration of families with kids to justify the expense, while at the same time families aren't willing to move to or stay in the urban neighborhood because such a school doesn't yet exist. However, Tulsa Public Schools (TPS) may have found an answer.

In recognizing the increasing desire to live, work, and recreate in and around downtown Tulsa, TPS realized that there needed to be a top-notch public school to complement the growing number of urban amenities and services (both private and public) that have been (re)introduced into downtown.  The solution is to provide a state-of-the-art facility with innovative learning opportunities both inside and outside of the classroom, implement a gold-standard curriculum found at no other public school in the state, and provide space to accommodate future growth in neighborhood families with kids while still maintaining cultural and socio-economic diversity within the student body. How are they planning on doing this?  In 2015, a $415 million bond measure was passed for capital improvement projects districtwide, a component of which was to renovate and expand Emerson Elementary – a 100+-year-old elementary school that currently serves families living both downtown and in a portion of Tulsa’s northern collar neighborhoods. One of these neighborhoods – Brady Heights – has already started to revitalize with young community-minded families beginning to move into its affordable historic homes.

With construction slated to begin this summer, the goal of the Emerson project is to create a premier facility that will have the capacity to serve twice as many students as it currently does. Who will fill those extra seats and justify the investment? Eventually, it will be more and more neighborhood kids; but in the meantime, the slots will be open to any TPS family who wishes to transfer their child to Emerson, which is an attractive option for parents who work downtown that would like to have their kid attend a school nearby.

Emerson will continue to be a neighborhood school. As such, it will continue to serve the minority and low-income families residing in the surrounding neighborhoods as well as the children from the local downtown shelters. It should also be noted that many urban millennial parents are not scared off by socio-economic or cultural diversity. In fact, for many, it is understood as an attractive asset to a school and an important component to their child’s educational experience. Urban parents today are often attracted to a school more for its unique educational amenities and innovative approaches to the curriculum (e.g. dual-language immersion, hands-on learning, etc.) than to its standardized test scores or the socio-economic mix of the student body.  Coincidentally, Emerson’s $8.5 million renovation and expansion will coincide with the implementation of a Montessori curriculum, making Emerson the first public Montessori school in the state of Oklahoma. To augment this curriculum, the new facility and grounds will provide a variety of spaces for project-based hands-on learning, an edible food forest, and an adjacent bike park which will be open to the entire community.

One final item to note is that though Emerson is embedded in an area of traditional collar neighborhoods and is only nine blocks north from the center of Tulsa’s downtown, it still struggles – both in its existing form and future design – with actually being urban in mass and character, especially given that the size of its campus will be a total of 15 acres once the renovation and expansion are complete. This – which is a challenge for many schools (both urban and suburban) – is yet another important item to be addressed by schools that want to be a part of and positively contribute to vibrant, walkable, mixed-use neighborhoods.

Ultimately, creating great schools in walkable, mixed-use, urban neighborhoods is a win-win for cities overall, as it not only attracts talented young professionals with kids but also elevates the educational experience (and outcomes) for children of low-income families currently residing in the neighborhood.

In the next article, I will profile two other efforts at different scales–a grass-roots effort lead by parents and the work of a community-based non-profit – that are working toward elevating schools in other urban neighborhoods of Tulsa. 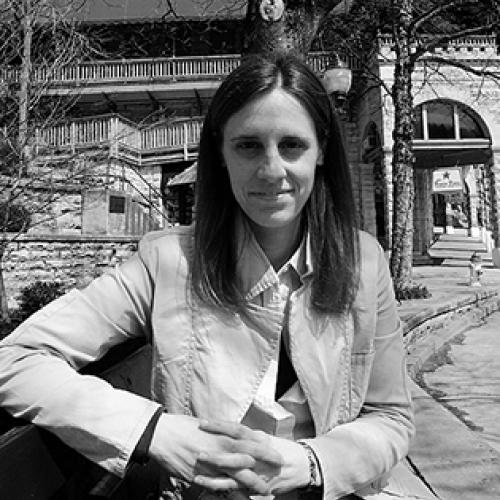 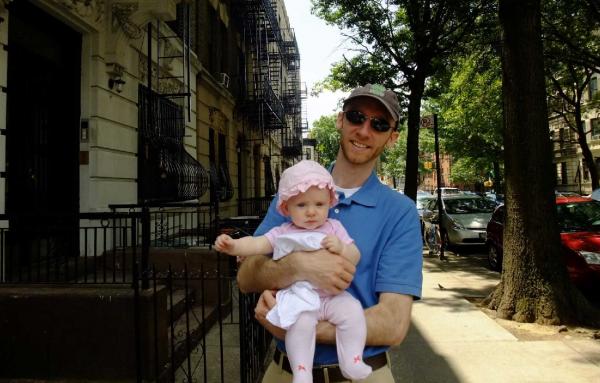 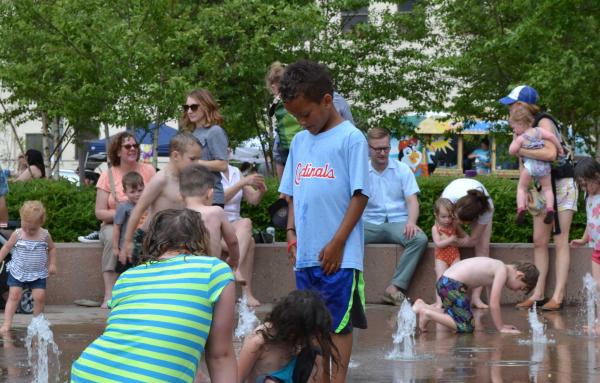 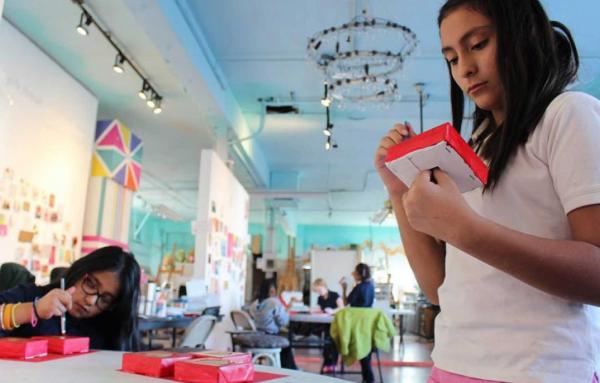