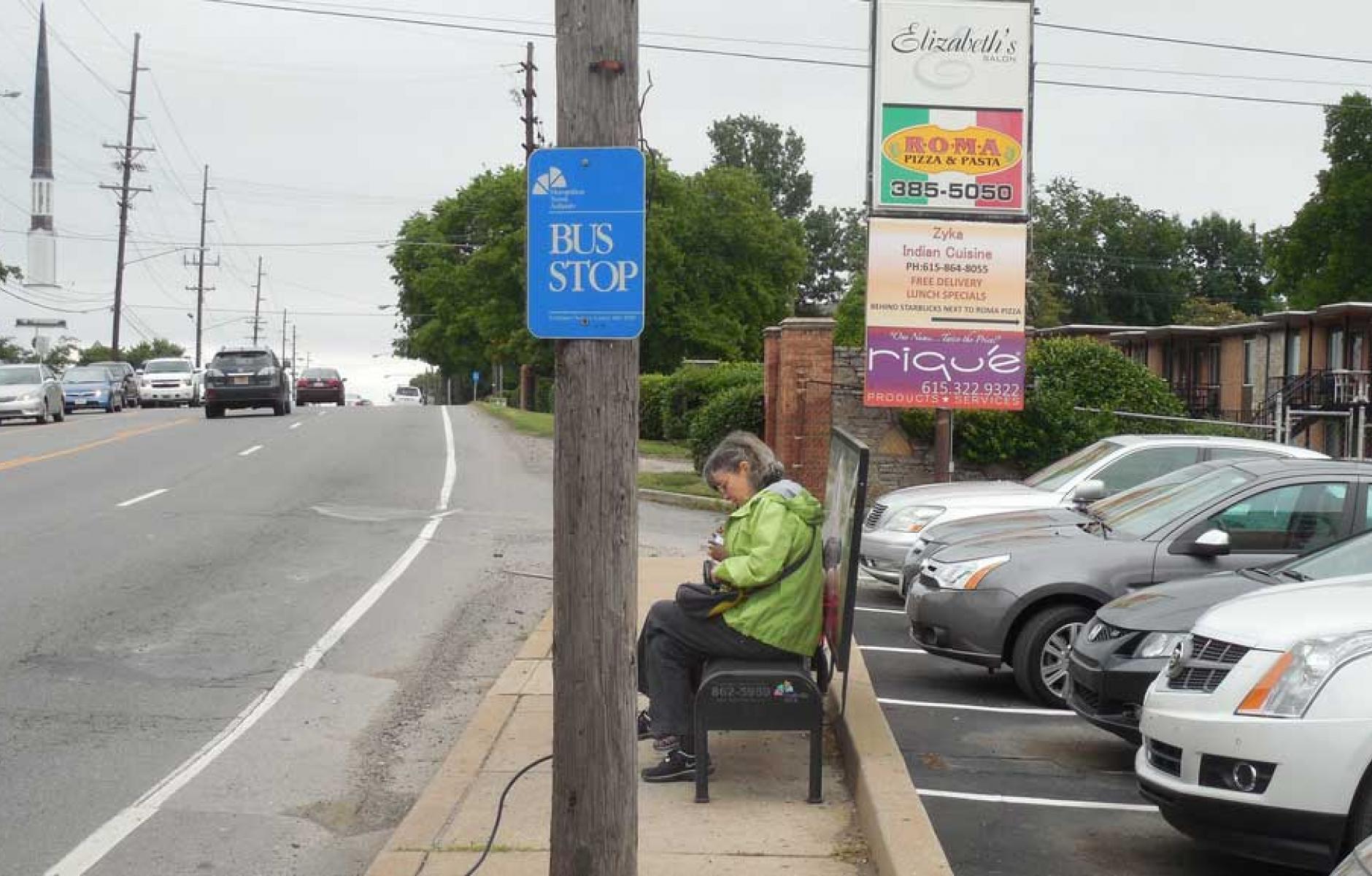 To bring citizens together is the very purpose of a city. Nashville’s sidewalk deficit emerged for many reasons, but it boils down to this: Planning and development during the Age of Sprawl was designed to keep people apart.
ROBERT STEUTEVILLE   &nbspJAN. 9, 2017

About half of Nashville’s thoroughfares lack sidewalks—a problem that the city has been trying to solve for two decades with limited success. The issue was a bone of contention in last year’s mayoral campaign, reports CityLab.

Sidewalks are critical infrastructure for connecting people in the city. They allow children to walk to school and visit their friends without a parent-chauffer. They are the first requirement for transportation choice and key to transit access and effectiveness. If you want someone to be able to ride the bus or train, sidewalks at either end of the route are important.

Nashville has made progress on sidewalks—a decade and a half ago, only about a third of the city had them. Since 2003, the city has required developers to build sidewalks on at least one side of the street, says CityLab. Also, Nashville recently allocated $30 million for sidewalks—half for new construction and half for repair.

But one commenter posted that $4 billion is needed to complete sidewalk construction throughout Nashville. Nashville’s density is just under 1,400 people per square mile. Even among sprawling cities, a category that includes Nashville, that’s low. Sprawling cities all tend to lack sidewalks in large portions of their territory.

Sprawling cities are built mostly with disconnected suburban street networks, using large blocks creating long distances between intersections. Thoroughfares are designed for motor vehicles and often lack sidewalks. Even when sidewalks are built, few walk because of distances, indirect routes, and what architect Steve Mouzon calls low “Walk Appeal.” Even with sidewalks, would you walk 1.5 miles through subdivisions and along high-speed arterials lined with parking lots to get to the store or school? Sidewalks are expensive in such places because they have to cover long distances—for limited benefit.

Nashville has a very low average Walk Score of 28 and a combined walk/bike/transit commute rate of only 4.6 percent—both fail to meet even the low standards of sprawling cities. The largest 25 traditional cities, by contrast, have a Walk Score of 78 and a walk/bike/transit commute rate that is nearly 10 times higher than Nashville’s. Traditional cities, mostly built before 1950, have sidewalks almost everywhere—on both sides of the street.

It’s good that sidewalks are now on the political radar in Nashville and that the city is building more of them. Nashville can never be a complete city until it has the infrastructure of community. To bring citizens together is the very purpose of a city. Nashville’s sidewalk deficit emerged for many reasons, but it boils down to this: Planning and development during the Age of Sprawl—from 1950 to 2010—was designed to keep people apart.

Yet the infrastructure of community is much more than sidewalks. In a larger sense, the city must be designed to connect its citizens to one another. Mixed-use neighborhoods woven together in a continuous fabric are the basic framework. The sidewalk is one important part but without the complete neighborhood, the sidewalk is underused.

Nashville has begun to reform its zoning codes to support walkable neighborhoods—but this shift has occurred downtown and in historic parts of the city where form-based codes have been adopted, according to the Codes Study. An equally important change is the redesign of streets. Traffic engineering is evolving, but too many thoroughfares in Nashville and other cities still divide rather than connect neighborhoods.

David Brooks wrote an insightful piece in The New York Times on Friday about home-buying in America, making the link between isolated suburban housing and our “ferociously fragmented country … Every town becomes a cultural ghetto while Americans become strangers to one another and the civic fabric lies in ruins.” He concludes, “The neighborhood you choose, and the social fabric you enter, is more important than the structure you adore.”

Yet housing is more than a personal decision. A city without sidewalks is a symptom of a larger problem: Large parts of Nashville and other cities are built to keep people apart. America has neglected and abused the civic fabric in a real, physical sense for many generations, and our national civic fabric is indeed in tatters.

The repair of our civic fabric is not just a Nashville problem. Finding solutions starts with knowing that sidewalks are not the ultimate goal. We build communities in ways that either keep people apart or bring them together. For too long, using too many resources, we have divided ourselves from each other. If the Trump Administration is going to spend a trillion dollars on infrastructure, which purpose will it serve? Will we spend that money to further divide our citizens? Or will we spend it to unite the nation socially and economically? If it is the former, the money will be wasted. It it is the latter, benefits will greatly exceed costs. The question is rarely, if ever, raised in Washington DC—and the answer must be found in places like Nashville.