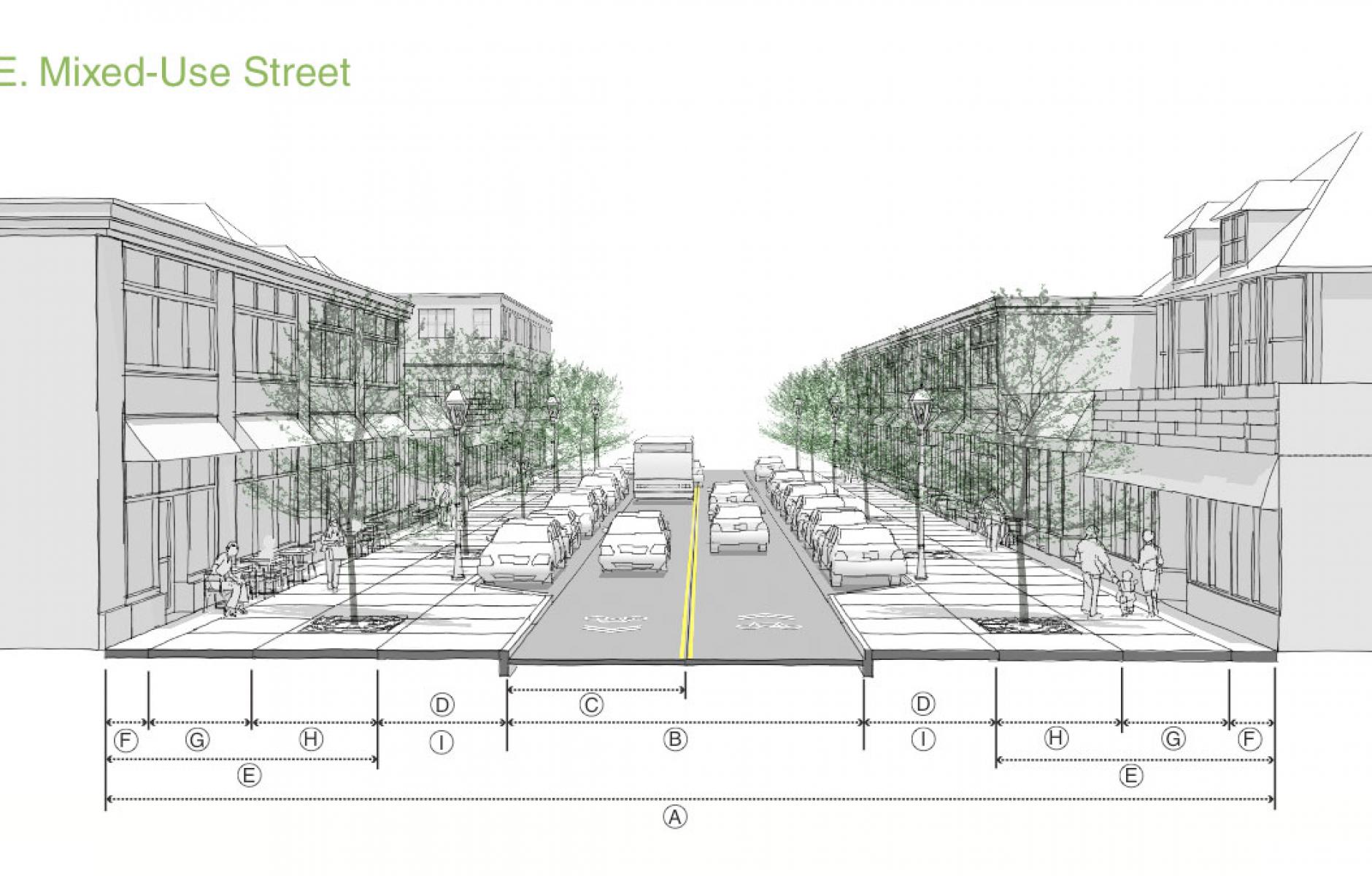 The Great Lakes city needs clear direction in building and revitalization, and the new Unified Development Ordinance can provide it.
ROBERT STEUTEVILLE   &nbspDEC. 28, 2016

Buffalo became the third major US city to adopt a form-based code (FBC) for the entire city, after Miami and Denver. Many other cities and towns have adopted FBCs for portions of the municipality—the Codes Study counts 362. The Green Code, like other form codes, focuses on regulating urban form rather than  separation of uses. In doing so, these codes are designed to improve the public realm—making it more human-scale and pedestrian friendly.

The Green Code strips away layers of bureaucratic barnacles that have accumulated for 63 years, when the previous code was written. A "goal was to make the code understandable to the average person on the street. The simplified, 338-page document includes numerous graphics so people can apply the words to the images. The current code is some 1,802 pages, more than five times larger," explains The Buffalo News.

When the conventional zoning was adopted, Buffalo's population was around 575,000. Now it's around 258,000—a decline of 55 percent. Buffalo is still slowly losing population, one of the few American cities that is not growing today. But Buffalo has great bones, including a tremendous stock of historic buildings and 40 square miles of mostly walkable neighborhoods, assets that are in demand today. The city's downtown and a few nearby neighborhoods have revived since 2000, but a large part of the city is still decaying.

Buffalo needs to grow again, and the record indicates that this code will help. Miami adopted its Miami 21 Smart Code in October of 2009. That city is now having a historic decade for population growth, adding more people than any decade since the 1920s. Denver offers a similar story. From 2010 (when it's form code was enacted) to 2015, Denver grew by 13.7 percent. Other cities that have adopted extensive form coding include Portland, Oregon, and Arlington, Virginia, which grew 8.3 percent and 10.4 percent in the first half of this decade, respectively.

The real estate markets in these places are very different from Buffalo, but modest growth is achievable and would help The Queen City. The elimination of minimum parking requirements will make some projects more financially feasible, and the transparency and predictability of the Green Code should also encourage builders once they get used to the new system. "In all, the document is expected to bring direction, uniformity, clarity and simplicity to zoning and land planning for the city’s 94,000 parcels in 24 neighborhoods, districts and corridors," says The Buffalo News.

The Green Code addresses street design in a meaningful way. Also from The Buffalo News: "The public will now have more say in how streets are designed. Improvements in the right of way will be reviewed for the first time as part of the planning board review process."

The Green Code will go into effect in February, 2017.