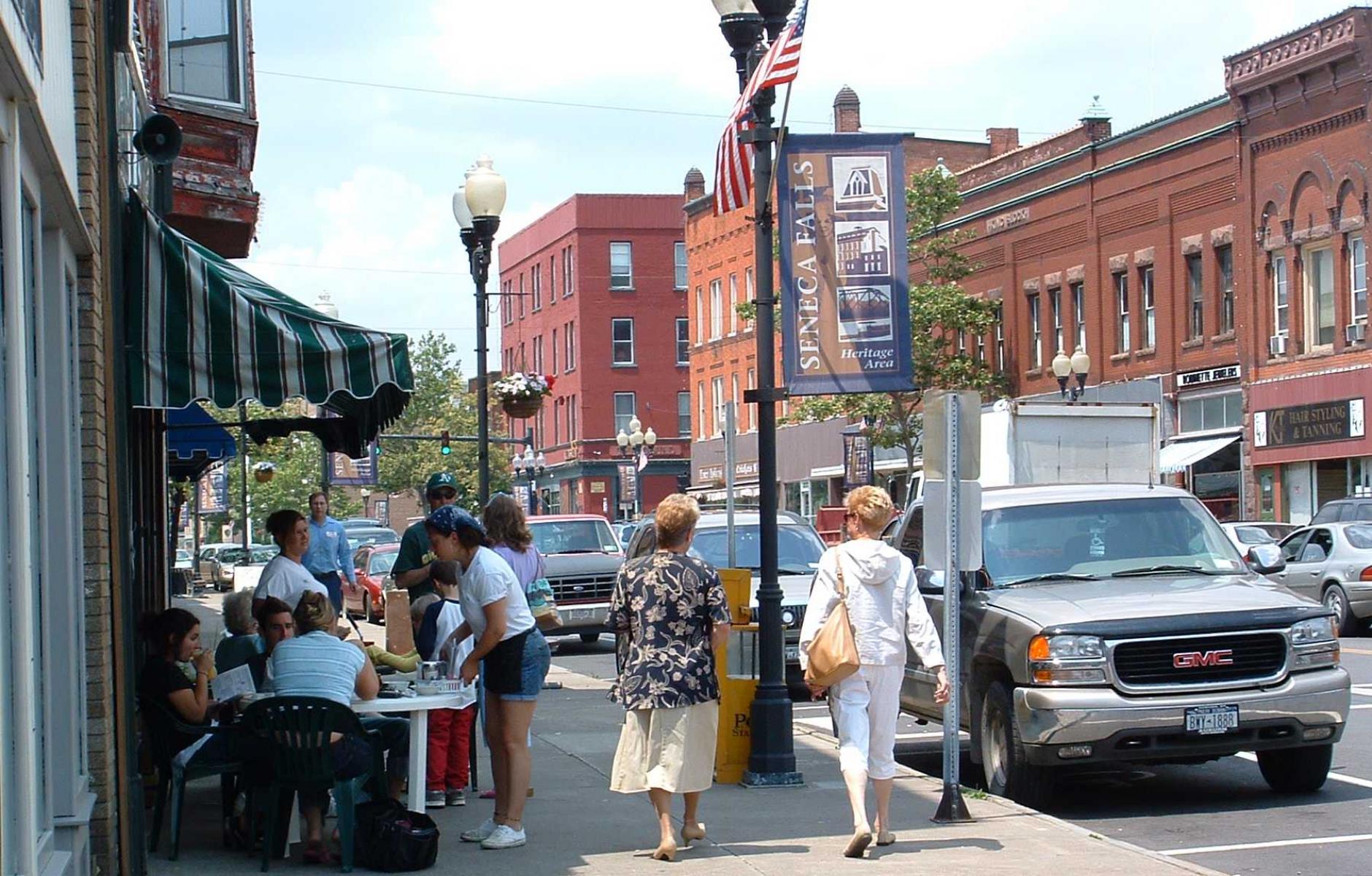 Streets are social and economic engines, not just car routes

The transportation engineering toolbox is missing key tools when it comes to traditional cities, towns, and neighborhoods.
ROBERT STEUTEVILLE   &nbspDEC. 22, 2016

Engineers will tell you exactly how many cars and trucks are expected to use a thoroughfare—but they rarely explore, with precision, the economic development potential of a complete street. They can't tell you how design will affect land values. They often don't keep track of how many pedestrians or bicyclists use a street, let alone predict future non-automotive travel.

To function well, traditional cities, towns, and neighborhoods must be walkable, diverse, and mixed-use. Street design either hinders or enables success. Too often it hinders, because complete streets—thoroughfares that offer freedom in travel mode—are viewed as exceptions, as "pilot projects." In cities and towns, streets for people should be—in a real sense they are—the rule. They are the baseline, the minimum expectation.

A City Observatory blog describes how traffic engineers exclude human decision-making from their road construction decisions. Roads are simply pipes and drivers are fixed inputs. This view generally leads to road widenings in response to predictions of possible overload. Those decision leads to more driving, less walking, and the cycle continues. Recognizing that most trips are economic decisions and that people have choices puts a whole new spin on roads and traffic. As Daniel Hertz of City Observatory says:

"The economic, or behavioral, approach brings back humans—and with them, the idea that given amount of vehicle trips isn’t just a feature of the natural world, but the result of decisions by actual people who want to get somewhere in order to do something. The question then changes in a subtle but profound way: not how to speed vehicles through a road most efficiently, but how to best connect people with the places they want to go."

"Bringing humans back into the question also allows you to acknowledge that people have desires that aren’t directly related to transportation. Safety, for example. Reducing the number and length of vehicle trips translates straight to fewer car crashes, and fewer avoidable serious injuries and deaths. Making streets a pleasant place to walk and gather—something that’s difficult when sidewalks have been narrowed to make room for speeding cars just feet away—can pay serious economic dividends and help establish a sense of community. In the economic or behavioral approach to transportation policy, all of these goals suddenly become fair game."

When economic revitalization is given top priority in street design, the results can be inspiring.

Viewing congestion as an economic problem may also get transportation engineers to recognize that congestion is often good. The bad kind of congestion is when people are just sitting in traffic and little economic activity is taking place. But in a mixed-use downtown, congestion is a sign of life. A downtown without congestion is dead. Similarly, now that we know there is good cholesterol and bad cholesterol, how would we feel if our doctor tried to eliminate all cholesterol? We'd get a new doctor.

Bringing human beings into the thinking of traffic engineering is a big step forward, but engineers need to bring placemaking into the equation as well. Traffic decisions determine the shape of public places. The engineering approach belies tens of thousands of miles of urban streets that function exceptionally well with vastly different design than what engineers too often recommend. This study showed that spatial characteristics of streets—factors not considered by either the engineering or the economic approach—have a dramatic impact on safety and livability.

An economic approach to solving traffic problems would vastly improve the traffic engineering profession. A greater understanding of urban design would be even better.