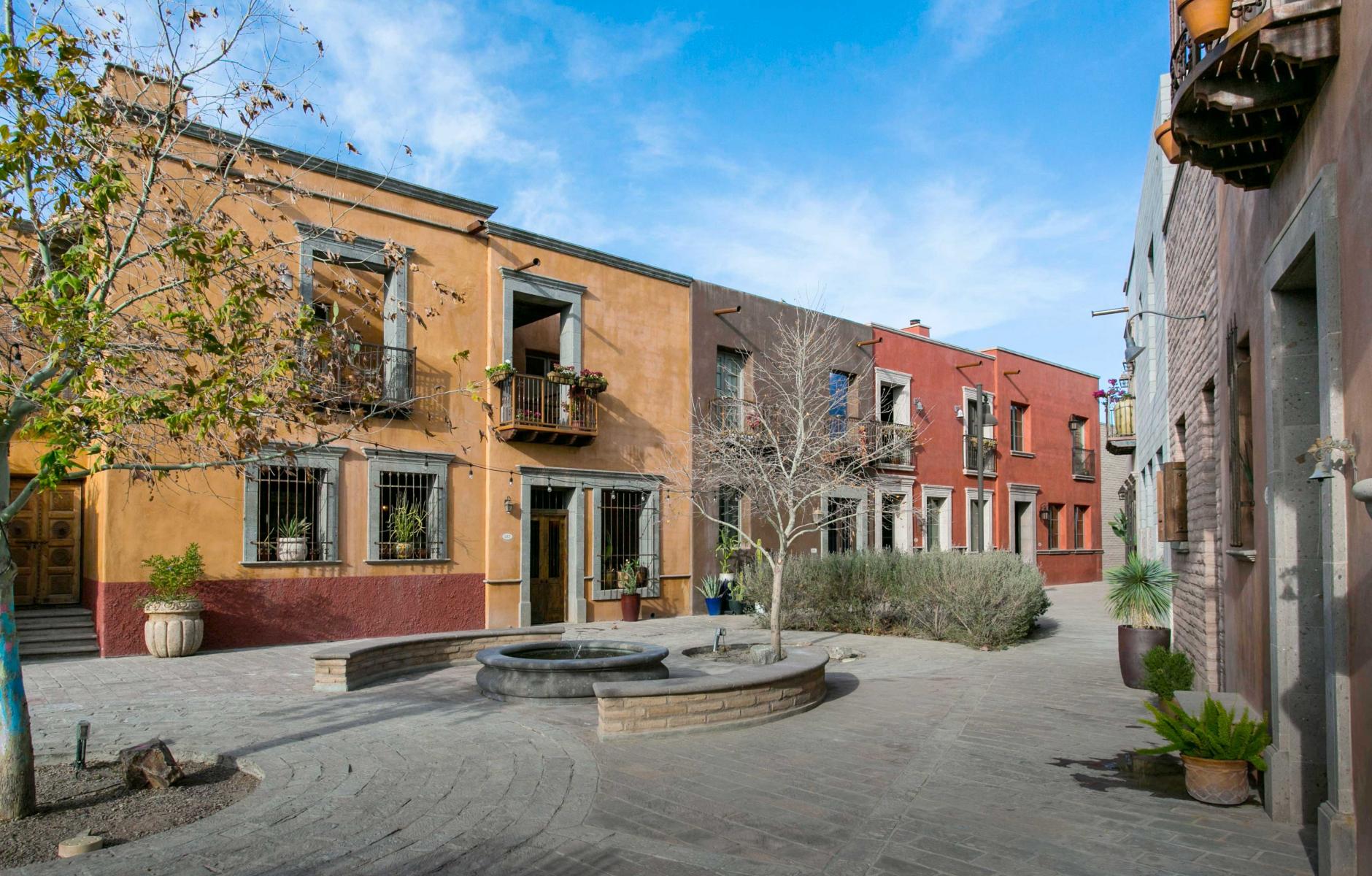 Rebuilding a victim of urban renewal

The Mercado District, once leveled by urban renewal, is fast becoming one of Tucson’s most significant hubs. The district takes its urban design and architecture cues from the city's historic adobe neighborhoods. The city's few historic neighborhoods that remain have recently come back to life—and so has the downtown, where a new streetcar has spurred substantial development. The Mercado extends the city's traditional street grid.

The Mercado San Augistin—the district’s first commercial building—has brought in top chefs and bartenders and specialty shops. While the Mercado San Agustin thrives, the neighborhood’s nearby houses and public spaces may be even more striking. “They brought that worldliness to creating a community that is opposite to suburban America,” notes 3 Story Magazine, a Tucson lifestyle publication, “one where the car is ditched in favor of a walk, where row, or terraced, houses encourage neighborly interaction, and where residents meet—in plazas, around the communal mailbox, and in the market.”

The houses look indigenous to the region—built with local materials and by local builders. The project got underway just as the housing downturn took hold.

Like a lot of developments, the Mercado District suffered during the Great Recession. Rio Development defaulted on a bank loan in 2011, according to the Arizona Daily Star, but was able to buy time. The developer held on and now their project is surging ahead. The built result is fabulous.

The first phase comprises 14 acres, with eight blocks and seven small plazas—designed by Moule & Polyzoides Architects, which won a Charter Award for the project in 2006. The Mercado District even features the last stop of the brand-new downtown Tucson streetcar line, which opened in 2015. The neighborhood’s transit connection brings even more access, energy, and foot traffic, giving the area a tremendous boost.

1.  A master plan enabled the incremental execution of the project in a variety of products of different sizes, from single family houses to row houses, to courtyard housing to stacked flats over retail to plain stacked flats.

2.  A development code established zoning and development standards and is compatible with the current building codes as currently regulated by the City of Tucson. Pulling a permit is streamlined.

3.  An architectural language was invented during the charrette that is regional in its underlying material, construction method and environmental performance dimensions.

4.  Four small builders bought lots and designed their own houses working directly with their end users. Because of the recession, there was no speculative building and therefore no speculative design.

5.  Some of their projects were corrected in drawing form by Moule & Polyzoides for adherence to the project language and code. Individual interpretations were encouraged across a wide spectrum.

6.  Each building drew from the rich experience and interests of the builders with alternative forms of construction, such as adobe, rammed earth, etc, and their practice of inexpensive, passive means of environmental control.

7.  Each project was approved by a Design Committee composed of Moule & Polyzoides, the developer, and one of the design/ builders, Tom Wuelpern.  Key criteria are beyond the individual character of single buildings and refer to the whole place.  They include choice of frontages, a rich fabric of building and a diverse color palette.