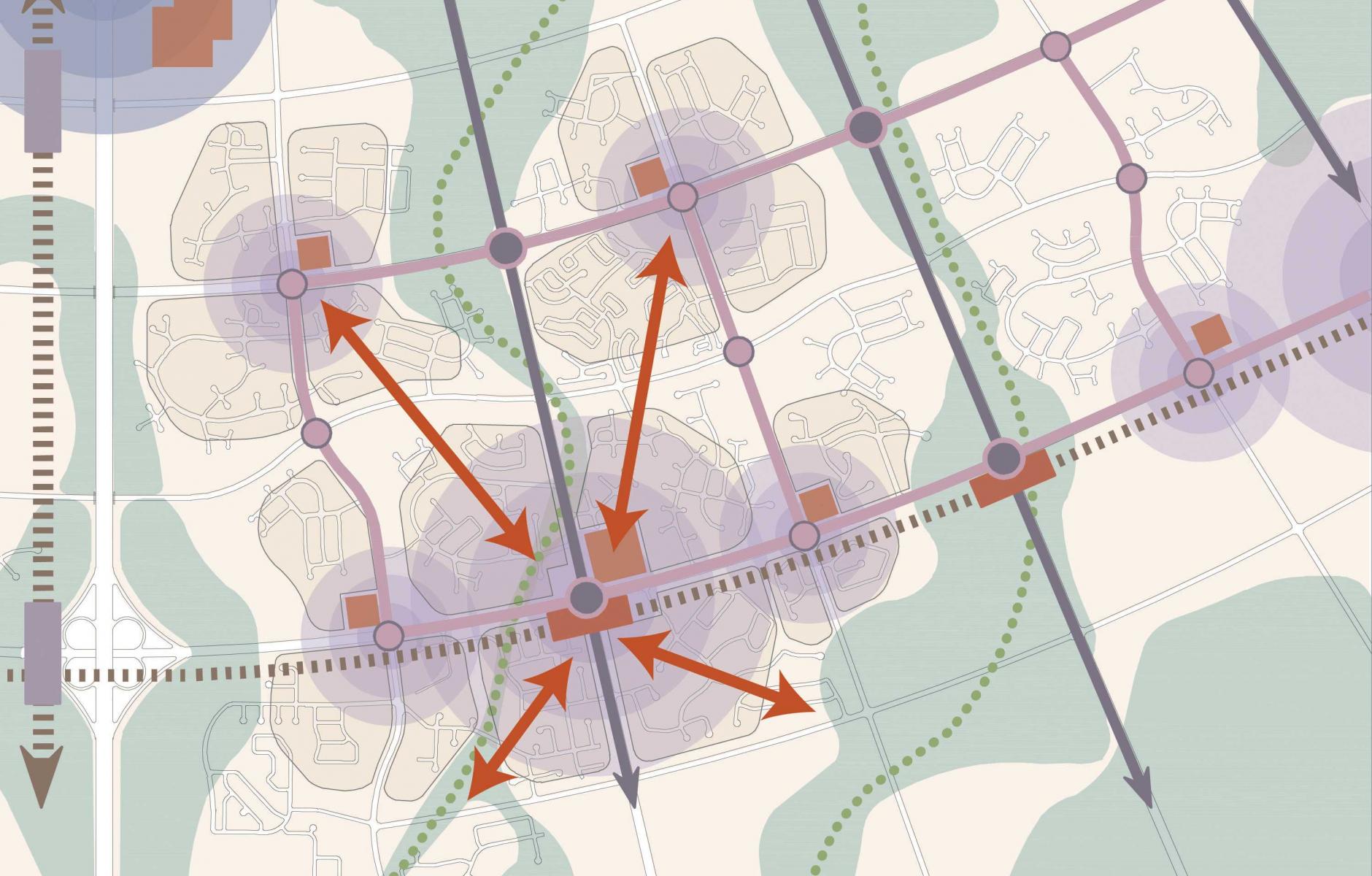 New Urbanism has an opportunity to influence where self-driving vehicles take us—which could be social hubs in a polycentric city.
BRUCE DONNELLY   &nbspDEC. 8, 2016

Transportation moves people to destinations. Then it moves the destinations. When railroads were first introduced, a few visionary railroad tycoons made fortunes making Chicago a national hub. When the middle class took up cars, a few futurists like Norman Bel Geddes realized that they could sell the dream that we now call sprawl. Those people looked beyond the “gee whiz” of the technology to where it moved development. The New Urbanism has an opportunity to influence the question of “Where?”

As urbanists, our contribution to a world with self-driving vehicles should be “social hubs” in a polycentric city. The emerging consensus is that three technologies will combine: the autonomous vehicles themselves, mobility-as-a-service, and urban design. In exurban and rural areas, self-driving cars (I call them “auto-autos”) will probably be privately owned. However, shared autonomous jitneys (“auto-jitneys”) can help us change urban life dramatically:

• We can help cities nucleate diffuse urbanism into centers around social hubs. New urban and suburban nodes could improve our lifestyles and improve development pro-formas by removing acres of parking from central locations.

• We can plan and design social hubs. Social hubs can combine the characteristics of the public square and the intermodal facility. They can provide places to meet, so that transportation can be part of urbanites’ social lives.

• We can lobby to cut car fatalities in neighborhoods. The same technologies that can allow vehicles to drive themselves can help drivers avoid speeding, and they can also enforce speed limits.

• We can set the stage for extremely efficient transit. If auto-jitneys take us the last mile (or two) to transit, then transit authorities can to more efficient express routes.

The last-mile to express transit

The National Association of City Transportation Officials (NACTO) has a wise prescription. Its recommended policies for autonomous vehicles are straight out of the New Urbanist playbook.[1] The officials want auto-vehicles to support transit and muscle-powered modes, as well as local economies. Meanwhile, as Peter Calthorpe wrote in “Autonomous vehicles: Hype and potential,” we can only avoid hyper-congestion by using transit more.[2] Jarrett Walker of Human Transit fame explains that this is partly a geometric problem that can’t be fixed by removing the driver.[3] Small, individual vehicles take up a lot of road space. We need to revitalize transit, then. But what would that look like?

Let’s suppose that auto-jitneys were to cover the last mile to express transit, as EasyMile’s CEO explained at this year’s Podcar City conference in Antwerp.[4] As many have suggested, express transit could work more efficiently, connecting centers in the polycentric metropolis – perhaps on a grid.[5] At a sedate 20 miles per hour an auto-jitney would cover a one-mile trip to a main-street-like urban center in three minutes, or two miles to a larger center in six. From those centers, efficient express auto-buses or auto-trains would connect directly to the other centers.

By itself, this would be unappealing. Assuming express buses or rapid transit on a grid, riders might have to transfer three times: from auto-jitney to express transit, then from one express route to another, and sometimes back to an auto-jitney. Yet, cities and developers who build social hubs served by express transit and auto-jitneys would change the land-use equation.

Local Motors’ demonstration project this past summer at a suburban Washington DC development gives us a hint what this would look like.[6] If a development were to move parking to a peripheral location served by auto-jitneys, it could build on the prime land beneath its parking today. That is, developers and cities could make money by attracting the destinations that are spread across sprawl today. A glossy vision of door-to-door travel in small pods would still leave our daily destinations dispersed across the landscape. A less exciting vision of express auto-buses and auto-rail served by last-mile auto-jitneys would move our destinations to more convenient centers.

Finances could probably work differently. Even if auto-jitneys are the only type of autonomous vehicle ready for market, most developers wouldn’t be willing to take a chance on auto-jitney service. Moreover, one smallish anxiety about auto-vehicles is that they could reduce revenues from traffic and parking tickets. Fortunately for both cases, a new type of transportation system is emerging: mobility as service.[7] As Helsinki and other cities begin to ban private cars, companies like MaaS Global Ltd. are combining transit, car-share, bikeshare, and other transportation options into subscription packages.[8] Developers could simply sign onto a mobility service, and governments could charge for curb rights for picking up and dropping off passengers.

Cities, developers, and transit agencies wouldn’t have to cooperate to make the last-mile-to-express solution work. A city like Columbus, Ohio might secure a last-mile solution.[9] A developer seeking to develop prime land could too, and so could a mobility company such as a rideshare company, a car-hailing company, or a mobility-as-a-service company. Neither would a transit agency have to go out of its way to accommodate such a scheme: it could just make deals with jitney services and let its buses breeze past former bus stops. Last-mile-to-express could work as a private service (with subsidies for those in need), or it could work as a public service. Cities could make back money from tickets by leasing curb rights for auto-jitneys, or by granting franchises. Already universities are trying out auto-jitneys,[10] but also places like retirement communities that use golf carts now could benefit too.

Just after World War I, when cars and trucks were entering the mainstream, it was easy to see the future of the technology: electric starters, more reliability, and retiring the horse. It was harder to imagine how the technology would enable people to abandon cities, how it would exacerbate redlining, and so on. Similarly, we can see the future of autonomous vehicles. Right now, they can drive slowly without drivers, and they can let drivers relax on expressways. However, they can only can take over city driving if the driver can take over instantly. There are probably two scenarios for our immediate future.

In places where people like space, land, and autonomy – exurbia – the future may not look much different from today. Granny will be able to get out despite her cataracts, but not much more transformative.

In places where people value community and dynamism, auto-jitneys and transit are a match. People there will want places to be sociable. They will want social hubs: squares, arcades, markets, and so on fed by express transit. Social hubs would be filled with third places to meet people, and they would look like Walk-UPs.[11] Social hubs are right up the New Urbanism’s alley. They can look like town squares and main streets. We already know how to build them.

The key is good old fashioned placemaking and urban choice. The new piece for us will be to coordinate transportation and land use more closely than ever. These should be the keys:

1. Build social hubs served by express transit. By pulling out the parking, developers and cities that want to maximize land value can double or triple their current density.

2. Encourage app developers to combine mobility-as-a-service with social apps, somewhat on the lines of Swarm.[12] Riders could then arrange to ride with friends, meet at the hub, and so on.

1. Phase out local buses in favor of auto-jitneys and mobility-as-a-service. Run trains and buses only between social hubs. Consider providing skip-stop service where demand justifies it. Some auto-buses might go straight downtown, for instance, bypassing neighborhood social hubs on the way.

2. Consider tailoring auto-jitneys to each neighborhood. Auto-jitneys would run mostly in areas bounded by main streets (aka “arterials” and “collectors”). If someone lives between social hubs, the local auto-jitney might take him or her to the two nearest social hubs, not just the nearest one. Human beings like the familiar, so colors, tone, any advertising, language (e.g. Spanish, Chinese), and so on could be peculiar to each neighborhood.

3. Build plenty of space into auto-jitneys and express auto-vehicles. There’s no reason that bicycles, strollers, personal shopping carts, and especially wheelchair users should be treated as “less than.” Moreover, riders with large suburban personal space bubbles could ride happily until they shrink to size.

4. Lobby for a new generation of (auto~) rail and bus vehicles. One benefit of autonomous driving is that a robot can handle steering with both axles, or can just use individually-motorized pivoting wheels. Long vehicles with wheels at each end could then gain short turning radii – even rotate in place. Not only people with wheelchairs, but people with the wheels listed above will appreciate small ramps extending to meet them at the curb.

5. It’s possible that auto-jitneys could be used for longer-distance service.[13] Even then, though, they should still usually drop people off and pick riders up at social hubs, for the efficiencies of hub-and-spoke systems, if not for more humane social lives.

Neighborhood side and back streets

1. The advent of auto-vehicles is so significant that it should justify rewriting traffic and building regulations, even in places that place a high bar on zoning changes. The same goes for homeowners’ associations and neighborhoods.

2. Cap neighborhoods’ speeds at 20 miles per hour. Given the realities of stopping distance and safe deceleration, it is approximately the maximum safe speed for pedestrians around drivers and autonomous vehicles. Streets would be safer and quieter immediately. Quiet side streets and active main streets are a popular combination. [14]

4. Consider capturing the space in front yards and garages for additions or even new construction. Just as drivers have a “shy distance” of a few feet from jersey barriers, residents have a shy distance from wide, noxious streets. If the streets are placid, then front yards become buildable space.

The reality of hype

In late 2016, plenty of people are saying that talk of auto-autos is just hype. They’re half right. Gartner thinks autonomous vehicles are sliding into what it calls the “Trough of Disillusionment.”[15] That is the part of the hype cycle that filters out technologies that don’t make it. Yet, hardly anyone thinks that we will not have auto-vehicles in several years. Disillusionment is part of the normal development of technologies. Unfortunately for us, it can also lull us into complacency. In the tech bubble of the turn of the 21st Century, the people who knew a profitable “Internet 2.0” would permeate our lives were ready. Those who thought the Internet was a boondoggle were blindsided.

The reality is that autonomous vehicles are coming. The fully autonomous technologies that are available now are those that don’t have to deal with other traffic much: auto-jitneys, agricultural combines, and off-road vehicles. Auto-jitneys will probably be funded, developed, and available at scale in the next five years. Fully autonomous vehicles that can cope with faster city traffic without human intervention are not quite ready yet, which means that at best they will still be seeking investment or just rolling out in 2021.

Fully autonomous transit exists as subways (e.g. the Paris Metro’s no. 14 line). Auto-buses must either contend with faster and more confusing traffic on arterials, or they must run on separate carriageways. They must also contend with potential safety concerns, because removing the driver also puts personal safety in the hands of whoever is on the auto-bus.

Social hubs are exactly in our bailiwick. They fit into the urban synergies we already know. We should develop social hubs served by auto-jitneys and express transit as soon as possible.

Heikkilä, Sonja, and others. “Mobility as a Service-A Proposal for Action for the Public Administration, Case Helsinki.” (2014): n. pag. Web. 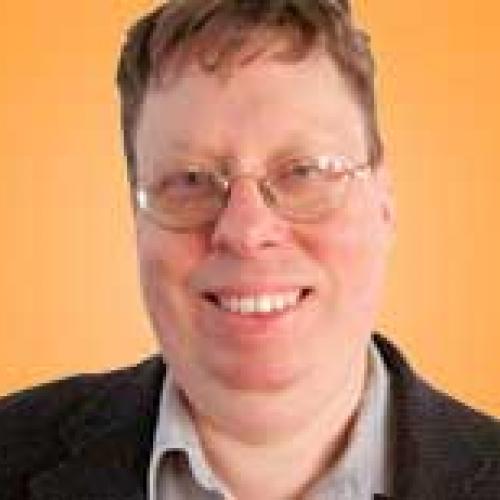 Bruce Donnelly is an urban planner and writer in the field of New Urbanism. 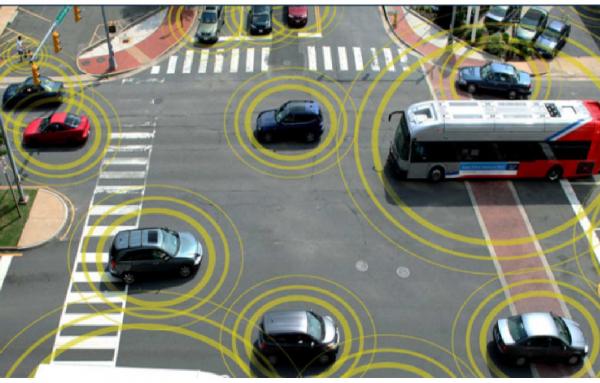 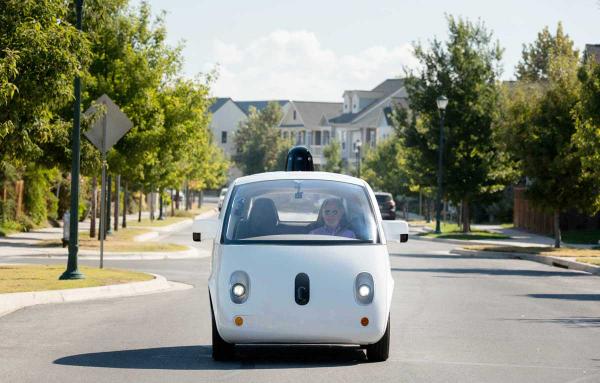