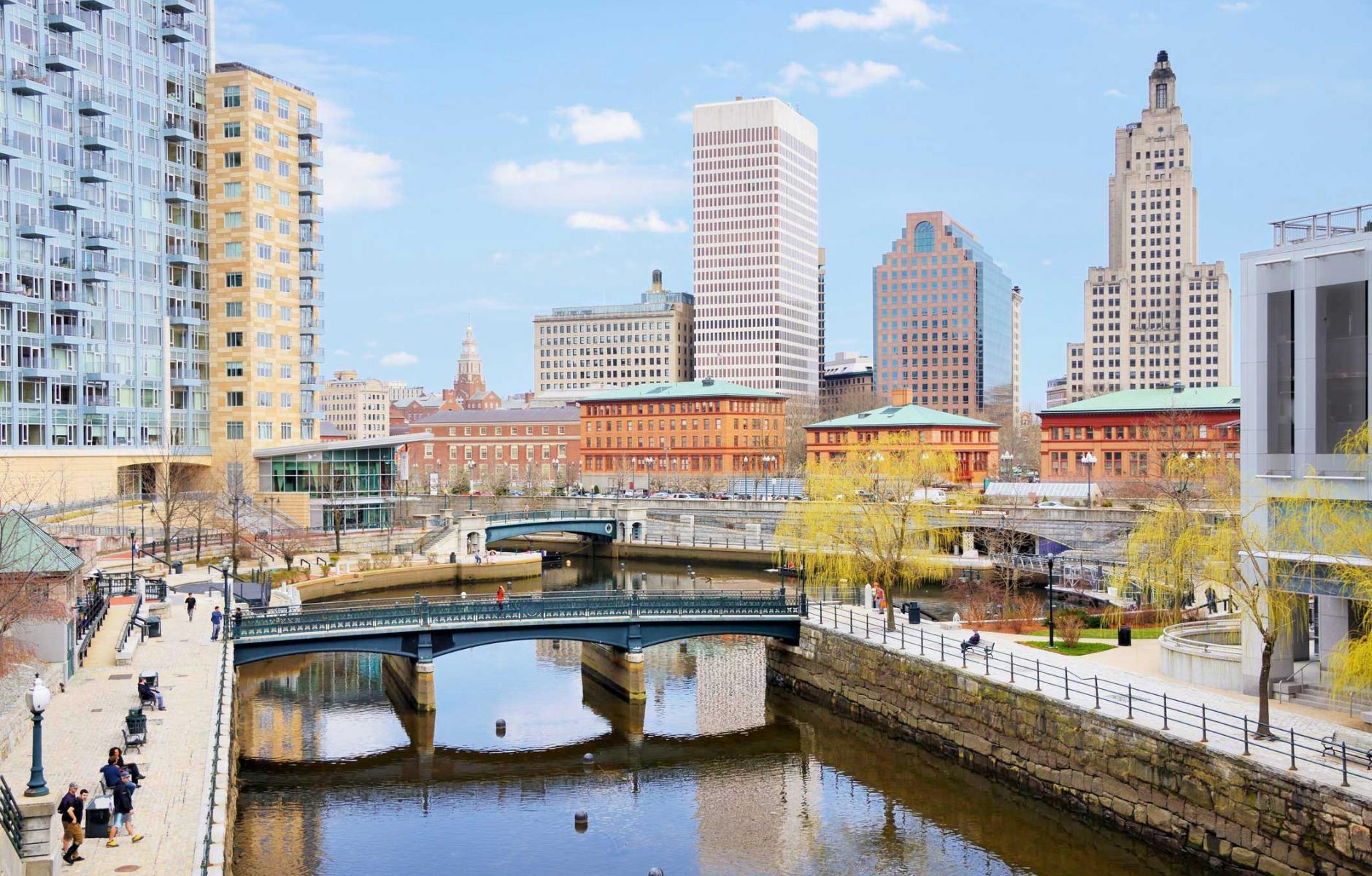 In small to mid-sized cities, the impact of New Urbanism can be dramatic.
ROBERT STEUTEVILLE   &nbspNOV. 7, 2016

New Urbanism in a big city may get lost in the scale of the metropolis, although new urban street design, infill development, and regulatory practices like form-based codes have an impact. The new urban approach tends to blend in to a New York City or Chicago rather than shout “look at me.”

In mid-sized or smaller cities, the effects of New Urbanism can be much more dramatic. In these places, a few good infill projects, livelier public spaces, and new streetscapes can feel like a whole new downtown. Birmingham, Michigan; Albuquerque, New Mexico; Providence, Rhode Island; and many others that adopted a new urban approach 15 or 20 years ago have transformed themselves to a significant degree.

Downtown Birmingham, Michigan, is a success story for New Urbanism working in an urban environment, notes Michael Campbell, an architect and urban designer in Northville, Michigan. Birmingham is a city of 20,000 people four miles north of Detroit. Duany Plater-Zyberk (DPZ), Gibbs Planning Group, and McKenna Associates created a plan in the 1990s that is still having a big impact.

“In Birmingham, single-story zoning was changed to a multistory option contingent upon a higher-grade architectural façade,” says Campbell. “The city benefited also from numerous existing parking garages that have enjoyed greater utilization at night (since the Gibbs / DPZ plan went into effect).” A form-based code followed, Campbell says, and the city has become more urban in the last two decades.

Birmingham, which changed its motto to “a walkable community,” now attracts shoppers from all over the Detroit region. “Birmingham's downtown district has many coffee houses, ice cream parlors, upscale apparel and home furnishing shops, restaurants and theatres,” notes Wikipedia. Google located its Detroit-area offices there.

In many downtowns, the older buildings look better. In Birmingham, the reverse is often true. Many recent visitors are probably not aware of a large number of structures were built in the last 15 years because they fit in so well with their surroundings.

Albuquerque, with a population of 555,000, began to revitalize its downtown 15 years ago with the help of plans by urbanists Moule & Polyzoides. The theater district development by the Arcadia Land Co. with financing from the New Mexico-based McCune Foundation raised a lively mix of entertainment, shopping, offices, and houses in place of cheap surface parking and underused buildings.

Architect John Hooker notes that “architects and planners are grudgingly adopting new urbanist ideas while publicly opposing New Urbanism as a theory of planning.” He lists the systemic changes that have occurred in Albuquerque planning and land use in recent years.

• Adoption of the Downtown 2010 Plan created in a charrette led by Moule & Polyzoides in 2001 including expedited development approvals and form-based coding.

• Adoption of a timid "Mixed-use Overlay Zone" along North 4th Street (old US 66/85) and the study of a Transit-oriented Development Zone, ca. 2009.

The changes are ongoing, with a planned RFQ/RFP for a team to develop a Unified Development Ordinance (UDO). “The intent of the UDO is to consolidate and update the Comprehensive Plan and all the Sector Plans, Corridor Plans, Neighborhood Plans, Design and Historic Overlay Zones along with the Zoning Code,” Hooker says.

Providence, the second-largest city in New England with a population of 182,000, had a downtown that was rich in heritage but largely vacant 20 years ago. That downtown has since come back to life with a vengeance. According to David Brussat, a long-time editorial writer for The Providence Journal:

“The Providence renaissance is an example of a downtown revitalization that has been almost entirely driven not only by new urbanist principles but also by the direct participation of Andres Duany of DPZ and the Congress for the New Urbanism. CNU has held a string of charrettes since 1994. The city’s zoning code and design overlays were created by planners directly influenced by the CNU. The daylighting of the Providence River with 12 new traditionally styled bridges, a mile of river walks and three urban parks was the result of new urbanist thinking led by architect and planner Bill Warner. Even more directly, the conversion of the old downtown core into a mixed-use residential and commercial center was accomplished largely by Arnold ‘Buff” Chace using principles imported to Providence via his association with Andres Duany, DPZ, and CNU — which have been embraced by the city’s planning department.”