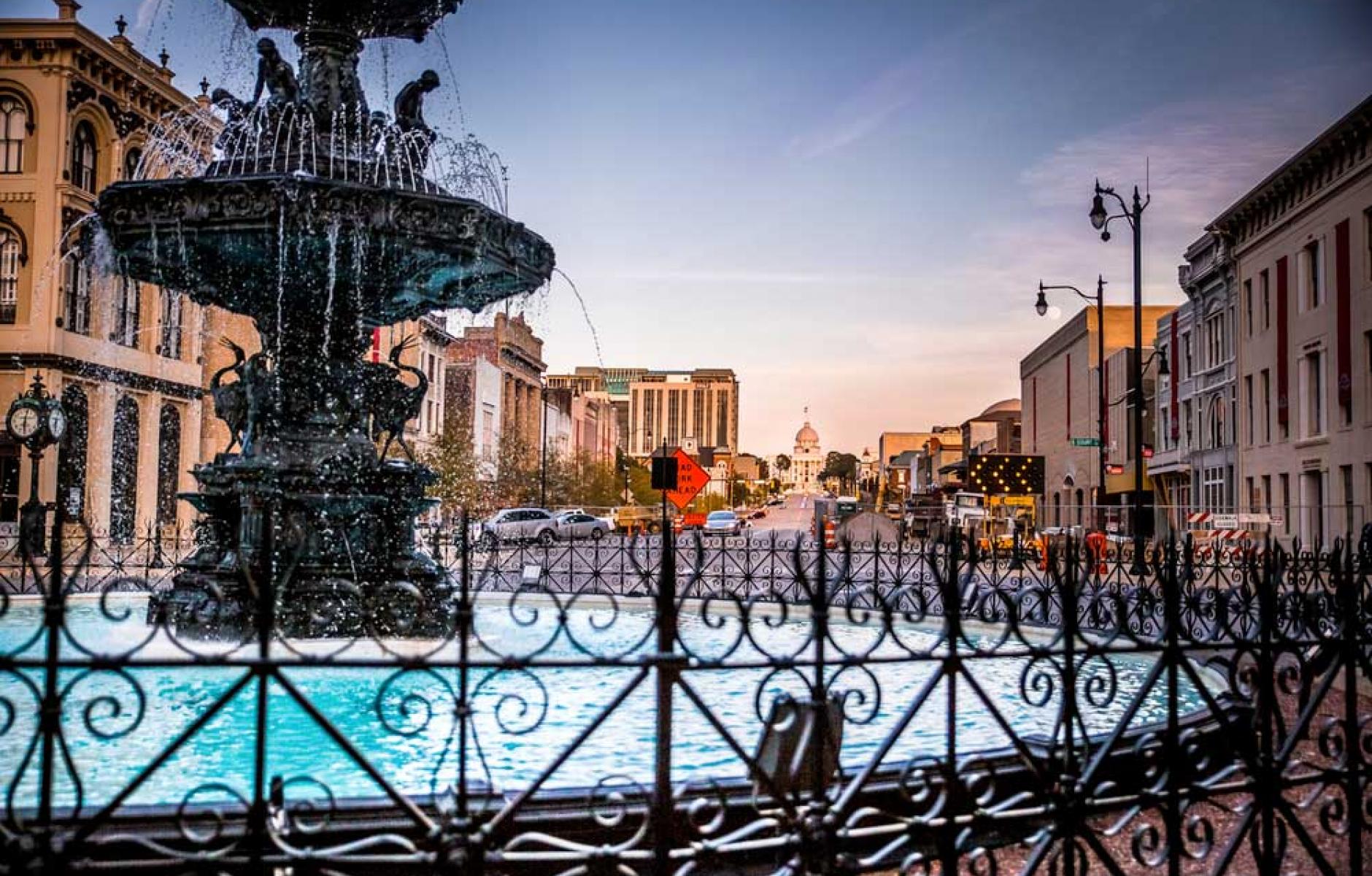 The fountain at the center of Montgomery, Alabama.
Development

Justin Fox of Montgomery, Alabama, has watched downtown return from the dead in the last quarter century. Montgomery has benefited from a form-based code and new urban planning, and, most of all, the nationwide resurgence in urban living. Fox, a Bloomburg writer, listed five reasons why this pleases him.

1. A bustling downtown -- especially one with lots of cool old buildings -- is aesthetically more pleasing than a bustling mall. A judgment call, sure, but who’s going to disagree with it?

2. A downtown street grid is more efficient at handling traffic flows before and after a big event than just about any imaginable suburban street setup -- as Atlanta Braves fans are going to learn over the next few years -- so it’s a shame not to make full use of it.

3. Even though people drive to downtown, maybe they’re doing a little more walking than they would otherwise once they get here.

4. Downtown reflects on a city’s status and reputation in a way that other parts don’t.

5. Having a vibrant center can help bring a city together.