The good news on desegregation

The data shows that neighborhoods across America are becoming more racially diverse—despite some reports of persistent segregation.
JOE CORTRIGHT   &nbspOCT. 10, 2016

Its rare that some obscure terminology from sociology becomes a part of our everyday vernacular, but “tipping point” is one of those terms. Famously, Thomas Schelling used the tipping point metaphor to explain the dynamics of residential segregation in the United States. His thesis was that white residents were willing to live in a mixed race neighborhood, but only when whites were still a comfortable majority of its population. The notion of a tipping point has a dour implication for neighborhood change, it implies that mixed race neighborhoods, when they occur, are unstable and temporary transitional states between longer and more durable periods of segregation.

A paper published earlier this year by Kwan Ok Lee in the Journal of Urban Affairs —Temporal Dynamics of Racial Segregation in the United States: An Analysis of Household Residential Mobility–looks at the processes of neighborhood change by race in the United States over the past four decades to see whether the instability of integrated neighborhoods implied by the “tipping point” theory is actually borne out in practice. The results are surprising.

Lee’s paper looks at data on the racial and ethnic composition of census tracts in the United States. Tracts are neighborhood-sized units developed by the Census Bureau that have an average population of about 4,000 persons.  Lee classified each of these census tracts according to the race and ethnicity of its population into one of six groups (predominantly white, predominantly black, predominantly other, black-white, white-other, black-other and multiethnic). The exact definitions are complicated, but in general tracts with more than 80 percent of the population in one group were classified as predominantly in that group; multi-ethnic neighborhoods were those where no one group was a majority of the tract’s population (more details below). Lee’s paper traces neighborhood change in each of these tracts over two 20-year periods, 1970 to 1990 and 1990 to 2010. There’s a lot in this paper, but we think there are three particularly interesting findings. 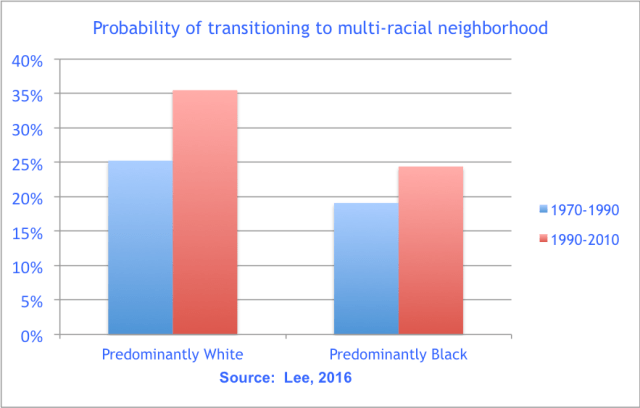 While much of our nation remains substantially segregated by race, Lee’s analysis points to at least a couple of hopeful signs. The pace of desegregation, as measured by the transition of neighborhoods from predominantly black or predominantly white to a more multi-racial mix has accelerated. And once established, it appears that multi-racial neighborhoods tend to stay that way, and that few households in such neighborhoods make subsequent moves that lead to re-segregation. 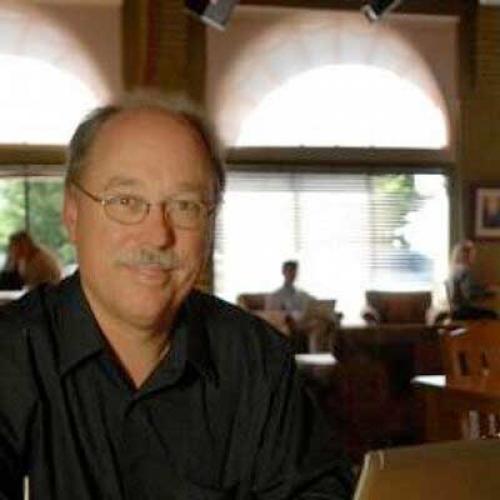