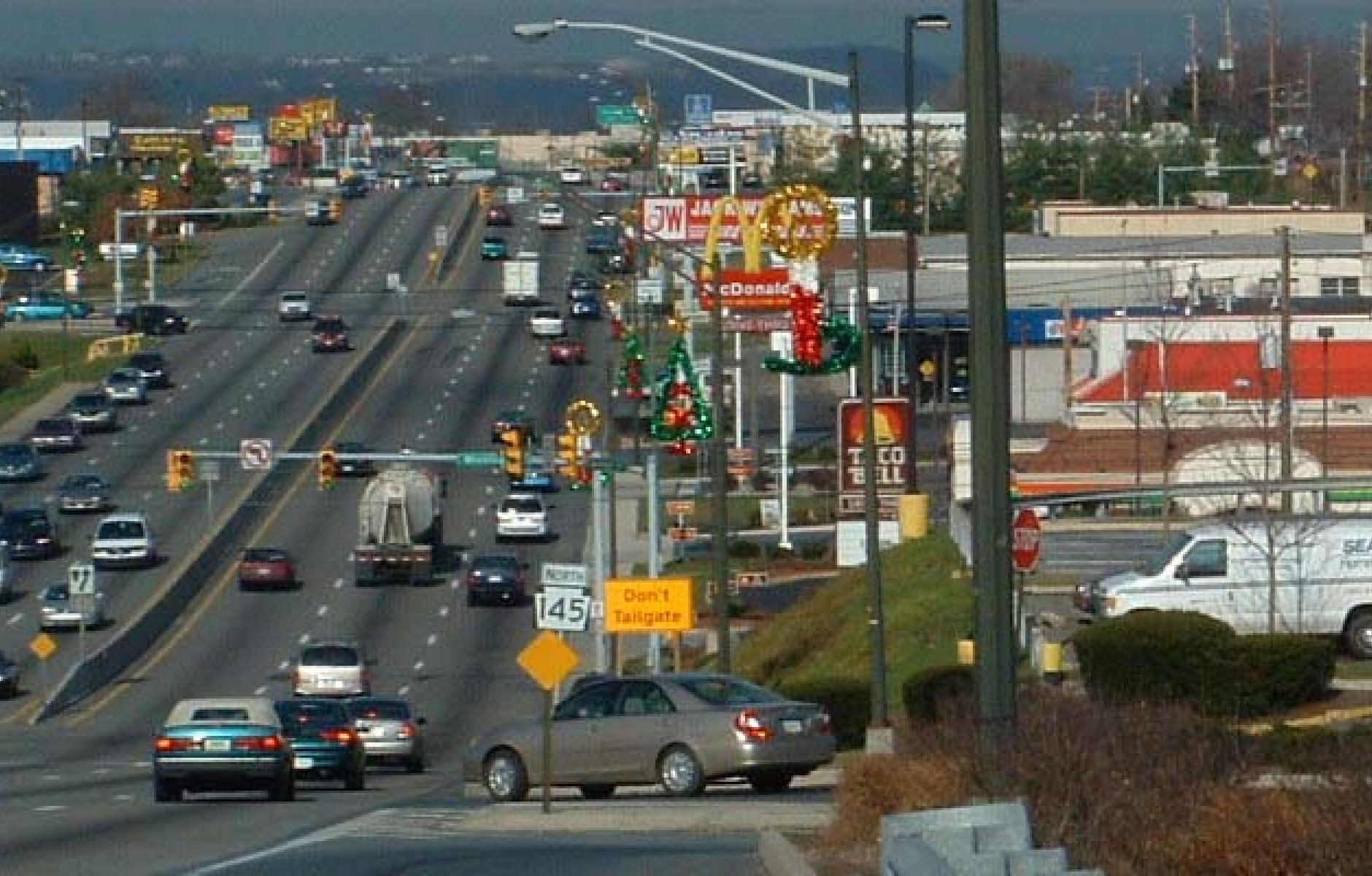 US traffic deaths are rising again—fatalities jumped 8.1 percent in the first half of 2015
ROBERT STEUTEVILLE   &nbspFEB. 3, 2015

US traffic deaths are rising again—fatalities jumped 8.1 percent in the first half of 2015, National Highway Traffic Safety Administration (NHTSA) reports.

The NHTSA cites “drunken, drugged, distracted and drowsy driving; speeding; and failure to use safety features such as seat belts and child seats," but omits any mention of another D—design of streets and communities.

The nation is on track for 35,000 deaths this year, in addition to about 2.3 million injuries, about a half million of which are serious. Nothing cuts down people in their prime like motor vehicle crashes—the leading cause of death between ages 5 and 34, according to the Centers for Disease Control.

The problem is rampant in states like Florida, which ranks first in the dubious category of pedestrian fatalities. Florida has more than twice the traffic deaths (2,443 versus 1,200) and nearly equal population to New York State.

What’s the difference? Florida is 91 percent urban, which should make it safer—rural areas where people drive long distances at high speeds are particularly hazardous. But New York has old cities that were originally built without the “safety” benefits of modern traffic engineering. Florida is built around the automobile, and is especially endowed with wide travel lanes—which are favored by engineers.

Modern traffic engineering concentrates traffic in a hierarchy of less connected streets and larger blocks. Researchers Garrick and Marshall conducted the definitive study of how that strategy worked on 24 California cities. Half of the cities have smaller blocks and were laid out mostly before 1950. The other half were modern suburbs blessed with wide roads and large blocks and more than three times the traffic fatalities per capita of the older cities. The older cities display triple the walking, four times the transit use, six times the bicycling, and immeasurably more charm.

When a few noncomformist engineers in Florida promoted new standards based on places that are safer and offer transportation choice, the state Department of Transportation (FDOT) responded with a study on “The Influence of Lane Width on Bus Safety.” Not people safety.

Buses are only 8.5 feet across. But they have mirrors on either side that make for a 10.5-foot wingspan. Florida’s streets are wide—most bus routes have 12-foot lanes, the same as Interstates. But a few streets were built prior to the influence of traffic engineers, and they have 9- and 10-foot lanes. “The results suggest that the narrower the lane width, the higher the likelihood of having bus sideswipe and mirror crashes,” says the report.

The study tracked these minor accidents over a five-year period statewide. Not a single human injury is reported—let alone death. But mirrors do have to be replaced. Miami-Dade Transit, with a budget of more than a half billion dollars, reported a whopping $35,000 a year in mirror replacement.

Because of that threat to mirrors, the authors recommend 12-foot lanes on any roads with buses, which is virtually all major roads. The study fails to suggest a possible redesign of mirrors that could collapse and withstand clipping—instead it recommends that all roads in the state conform to a standard that contributes daily to tragedy.

To be fair, FDOT is reforming. The department did not accept the recommendations of this 2010 study and is now moving forward with a Complete Streets Implementation Plan. Not much has changed on the ground yet.

The “bigger is better” approach, which I call Big Asphalt, has long held sway in the profession. In the Journal of the American Planning Association, Eric Dumbaugh, a civil engineering PhD and professor at Florida Atlantic University, explains how some tenets of modern street design grew out of conjecture, not science, that seemed reasonable at the time. These included a bedrock belief that giving drivers more room and removing obstacles near streets would make travel safer. Research that did not fit with the prevailing model was disregarded as aberration. Those aberrations are piling up like cars in a rush-hour fog.

Chester Harvey at the University of Vermont examined the spatial characteristics of more than 7,400 miles of streetscapes in Boston, Baltimore, and New York City in a paper presented to the Transportation Research Board in January. Computer modeling determined the width of the streetscape, the street width to building height ratio, and tree canopy. Enclosed streets designed like “outdoor rooms,” which are older and nonconforming to current standards, are more visually appealing and safer. “Crashes on smaller, more enclosed streetscapes were less likely to result in injury and death compared with larger, more open streetscapes,” the study reports.

Harvey’s research hints at the damage that traffic engineering does to communities themselves—by making them less visually appealing and enjoyable outside of a moving vehicle. New urbanists have long promoted streets as “outdoor rooms,” emulating the best neighborhoods and public spaces in America. They have repeatedly crashed against the wall of transportation engineering. Places with characteristics promoted by new urbanists are growing more popular but remain difficult to build—which hints at an economic cost of the current approach to streets.

One of the first studies to directly confront conventional wisdom was by engineer Peter Swift in collaboration with the City of Longmont, Colorado, in 1997. Swift questioned the whether wide roads contribute to overall safety. Every automobile and fire injury over an eight-year period citywide was examined.

“The most significant causal relationships to injury and accident were found to be street width and street curvature,” according to the report. “The analysis illustrates that as street width widens, accidents per mile per year increases exponentially, and that the safest residential street width is 24 feet (measured from curb face).” Injury accidents increase with street width exponentially. Narrow thoroughfares had no impact on fire safety, probably because older gridded streets offer many options to access fires. Fire injuries are comparatively rare in any case.

The NHTSA reaction to the current trend in fatalities shows that evidence continues to be ignored. Not everywhere: In the alphabet soup of agencies that  govern streets and highways, the Federal Highway Administration (FHWA) recently admitted that wider lanes have no safety benefit on thoroughfares designed for less than 50 mph. This is a small step in the right direction, given that wider lanes degrade safety in urban conditions. It is time for transportation engineers to look in the mirror, own up to the damage done to people and communities, and disavow once and for all the “bigger is better” approach to urban thoroughfares. 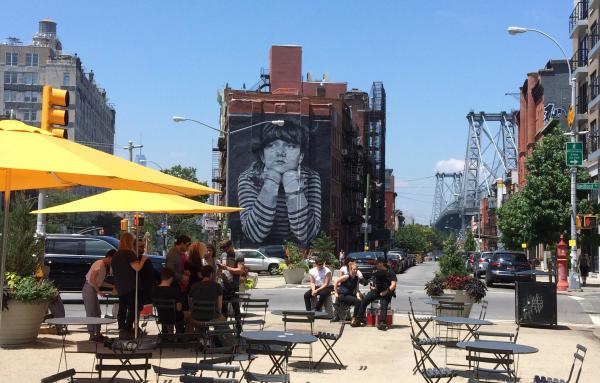