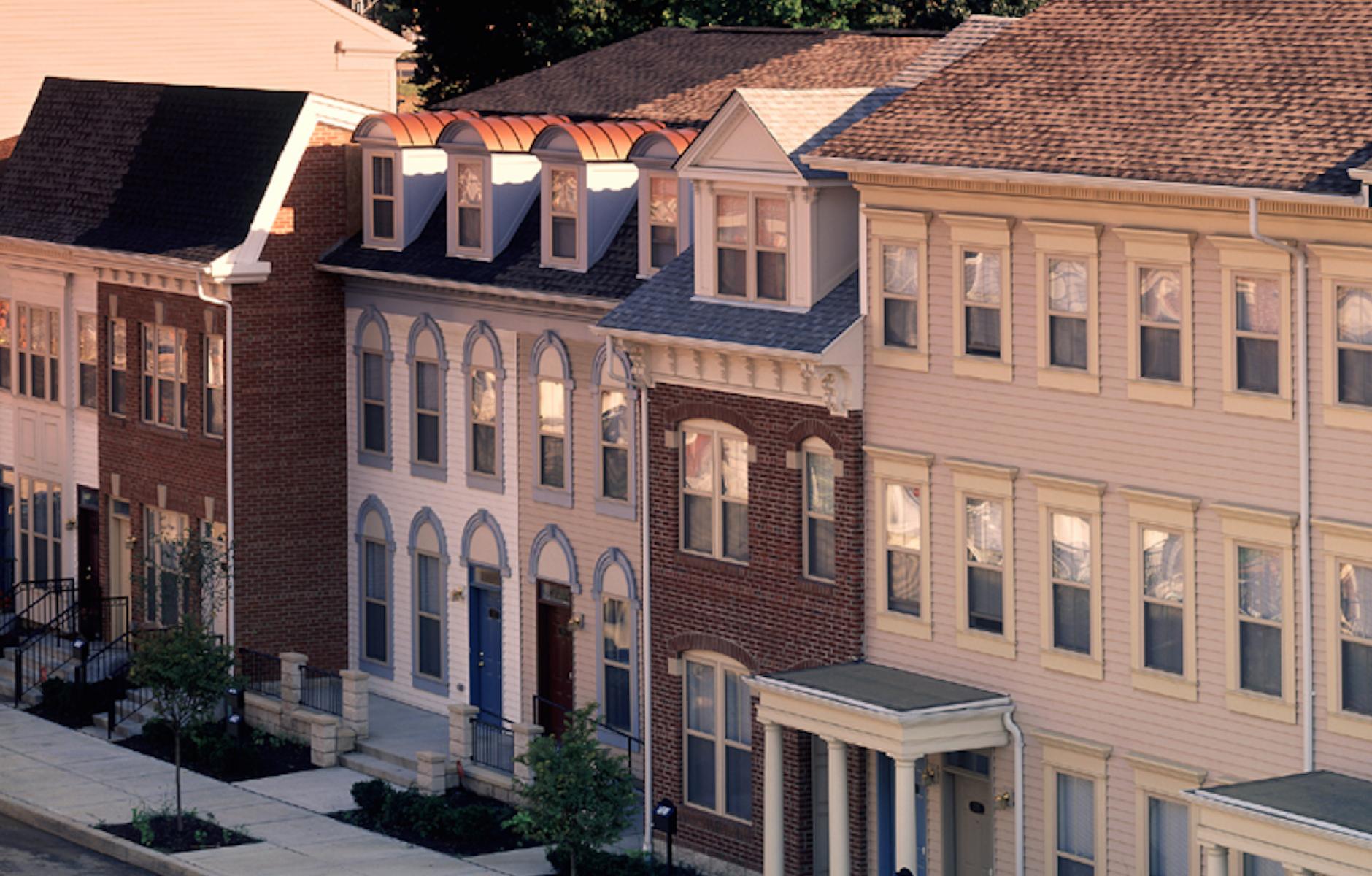 HOPE VI and the New Promise of Public Housing

From Despair to Hope is the story of the transformation of public housing, a story that deeply involves New Urbanism.
ROBERT STEUTEVILLE   &nbspSEP. 1, 2009

The HOPE VI public housing redevelopment program has cost the federal government nearly $6 billion in the last 15 years. It has been responsible for 111,000 new and renovated housing units — nearly 60,000 of them affordable to public housing tenants — on 240 sites in cities throughout the US.

Approximately 91,000 severely distressed public housing units were demolished and 72,000 families were displaced — temporarily or permanently — in the process. From Despair to Hope — from which these figures are derived — makes clear that this program is the most ambitious US public housing development initiative since the middle of the last century.

Although HOPE VI isn’t a household name, the program has entered the public consciousness in two ways. First, many public housing towers, symbols of urban blight and despair, were demolished in well-publicized clouds of dust. Second, they were replaced by low-rise, mixed-income, and sometimes mixed-use neighborhoods that look remarkably like good-quality older neighborhoods. “Even its critics generally acknowledge that HOPE VI has shattered the conventional wisdom about what public housing can be and has moved the public housing program to a place very different from where it was a decade and a half ago,” writes G. Thomas Kingsley, a scholar with the Urban Institute and one of the contributors to this book.

From Despair to Hope is the story of this transformation, which deeply involves New Urbanism. It’s fair to say that HOPE VI would not have been the same without new urbanist planners and architects. Peter Calthorpe, a cofounder of the Congress for the New Urbanism and author of a chapter in this book, puts it this way: “The program’s fundamental postulate — creating mixed-income, mixed-use communities — depended on a new design paradigm as well as new public policy.” Calthorpe notes, “New Urbanism’s principles were a perfect fit: diversity and human scale in architecture helped create safer, more desirable places for all income groups.”

Calthorpe tells the story, not unfamiliar to new urbanists, about many of the worst public housing projects being rooted in Le Corbusier’s Radiant City design of towers on superblocks. This design contributed to the isolation, lack of security, and alienation of those who lived in “the projects.” Even low-rise, barracks-style public housing was generally built on the superblock model that, in the way it was conceived, lacked the defensible space of healthy city streets.

New urbanists, who directly designed scores of HOPE VI developments and set the program’s design guidelines, restored street grids, used vernacular architecture, and mixed building types. All of the projects that were selected by the books’ authors as the best examples of HOPE VI — these include New Holly in Seattle, Park DuValle in Louisville, Martin Luther King Plaza in Philadelphia, and Broadway Overlook in Baltimore — are New Urbanism to a T.

Despite all of this, From Despair to Hope often gives me the impression that many supporters and critics of HOPE VI  alike undervalue the design influences of the New Urbanism and their importance to this program. The final chapter — an otherwise excellent summary by Kingsley — lists what he considers to be the major lessons of the program but never mentions design. This oversight may have something to do with a lingering reluctance on the part of scholars to attribute social outcomes to community design. (For more on this attitude, see the page 01 story on the Lewis and Clark University study.) If the importance of urban design principles to public housing is not a major lesson of HOPE VI, something has short-circuited the process of drawing lessons.

To be fair, Margery Austin Turner, Kingsley’s colleague at the Urban Institute, recognizes the significance of New Urbanism in her chapter. “As illustrated in the case studies in this volume,” Turner writes, “these [design] innovations completely change the face of public housing, integrating it into attractive, marketable developments that enhance the surrounding neighborhood.”

Turner makes the point that not all HOPE VI projects are equal from a design or policy standpoint. Some used few of the innovations that new urbanists advocated and simply replaced the old housing with new buildings. “Over the life of the program, an increasing share of HOPE VI developments reflected new standards for design, financing, and occupancy,” she writes. So, a consensus emerged that these innovations were critical to the success of HOPE VI. But which innovations were most important? Was it the mix of public and private-sector financing, the improved management, the for-sale housing? Or was it the design that integrated public housing into surrounding neighborhoods?

HOPE VI is a program that has been poked and prodded nearly to death. Crime, property values, employment, percentages of families on welfare, resident satisfaction, economic impact, concentration of poverty, and cost of providing services are among the variables that have been studied extensively for HOPE VI projects and/or their surrounding neighborhoods. Most of these studies reflect very well on HOPE VI.

The positive news is still pouring in, Turner notes. “The forthcoming study by Zielenbach and Voith of the economic costs and benefits of eight HOPE VI projects in six cities confirms that the investment in the projects generated significant net gains for their localities and regions,” she writes. “More specifically, redevelopment has reduced crime (and its attendant costs), sparked economic growth, increased the local tax base, and enhanced local tax revenues. Net public welfare benefits over the thirty-year life of a HOPE VI project — the net aggregate wealth created for society — are estimated to be in the tens of millions of dollars.”

How the public housing residents themselves fared is more mixed. Those who moved back to HOPE VI projects or used Section 8 housing vouchers did relatively well. Those who moved to other conventional public housing projects as a result of HOPE VI demolitions  did not fare well. And the personal upheaval and disruption of social networks was significant, especially for the elderly.

Yet, as Kingsley points out, public housing today is in much better shape that it was in the middle of the 1990s. Society as a whole couldn’t live with public housing as it existed then, when children learned early to hit the floor at the pop-pop of gunfire.

But with millions of dollars spent on studying HOPE VI, nobody has looked at the specific question of how design has affected social and economic outcomes. It would be interesting to rate the 240 HOPE VI developments on how well they meet the principles of the Charter of the New Urbanism, for example, and correlate those scores to the many studies that have been done.

At the very least, it is difficult to imagine how HOPE VI would have changed the face of public housing so dramatically without the clear principles of the New Urbanism as a guiding force. Any future version of this program had better make that Lesson Number 1.