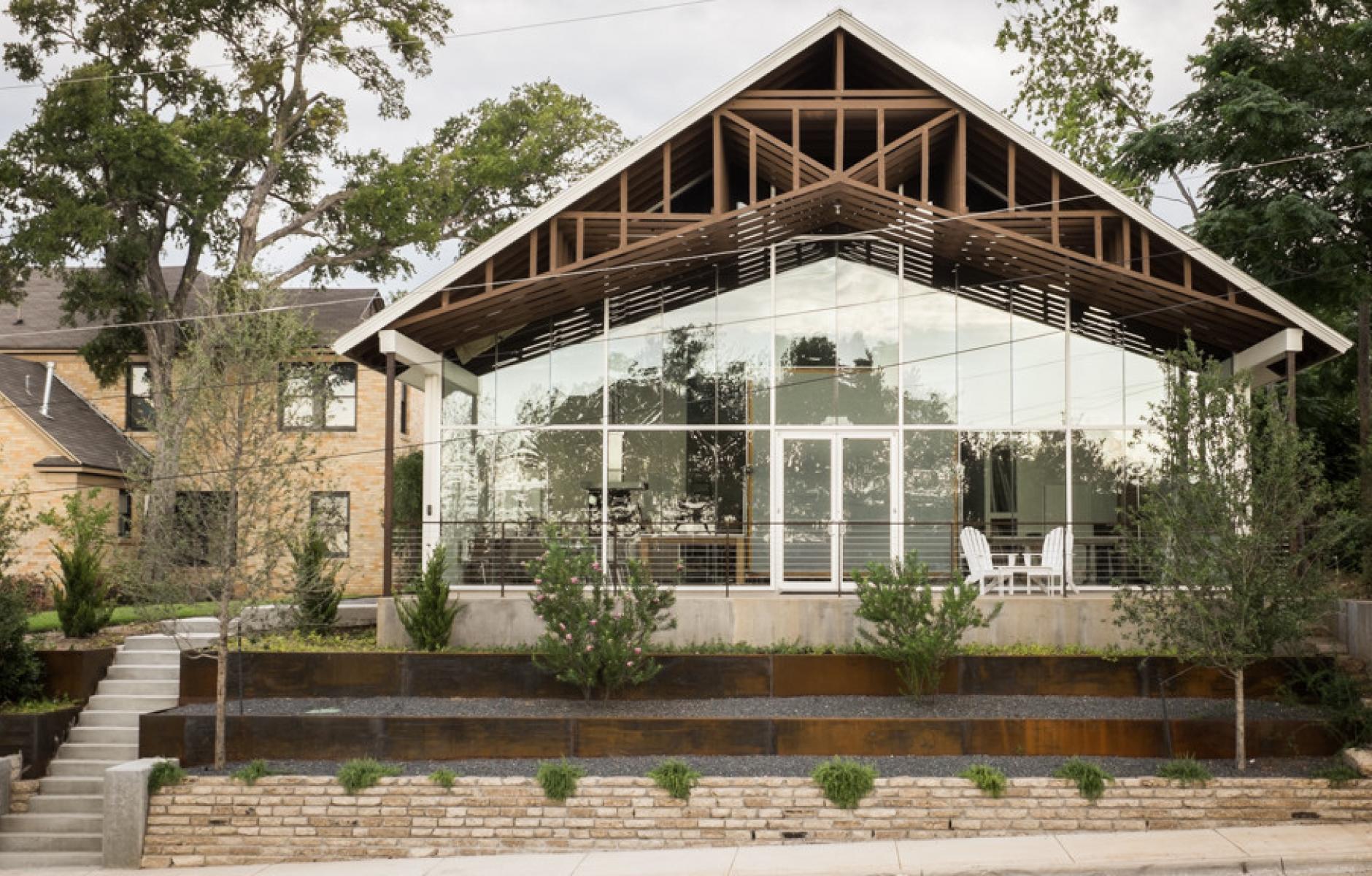 Oak Cliff, Dallas, went through the typical waves of gentrification. The creative types began to move in during the 1990s, followed by middle class families and young professionals, followed by the current wave of developers. Attached is a photo that developer/designer John Anderson provided of Manny Rodriguez's live/work at the edge of Monte Anderson's infill project in north Oak Cliff. “Monte worked with Manny to renovate the brick house back from a shell and built the photography studio next door,” says Anderson.

“There are always deals to be found if you are clever and understand urban building types, and if you are willing to work on projects others find too small to bother with,” he says. “Repurposing an existing single-story building that can meet the parking requirement with surface parking may be a better deal than scraping the existing building and putting up a podium with structured parking. Four or five 20' x 60' liner buildings within a block or two of each other is under the radar of a large operator. They just don't see it. It is possible to accumulate a portfolio of solid neighborhood buildings others don't notice.

“But if you are starting in a place that is likely to see big changes in 5 or 10 years, you have an opportunity to help people stay in place by owning buildings. Those people may start out as your tenants, but can quickly become your collaborators, guardians of the value you are creating by building/rebuilding in a place others consider too much of a pioneering effort. If you are pioneering find some other people with a similar vision and work together. Some of those people are already living in the neighborhood.”

The words of wisdom were part of an exchange on the Lean Urbanism listserve.