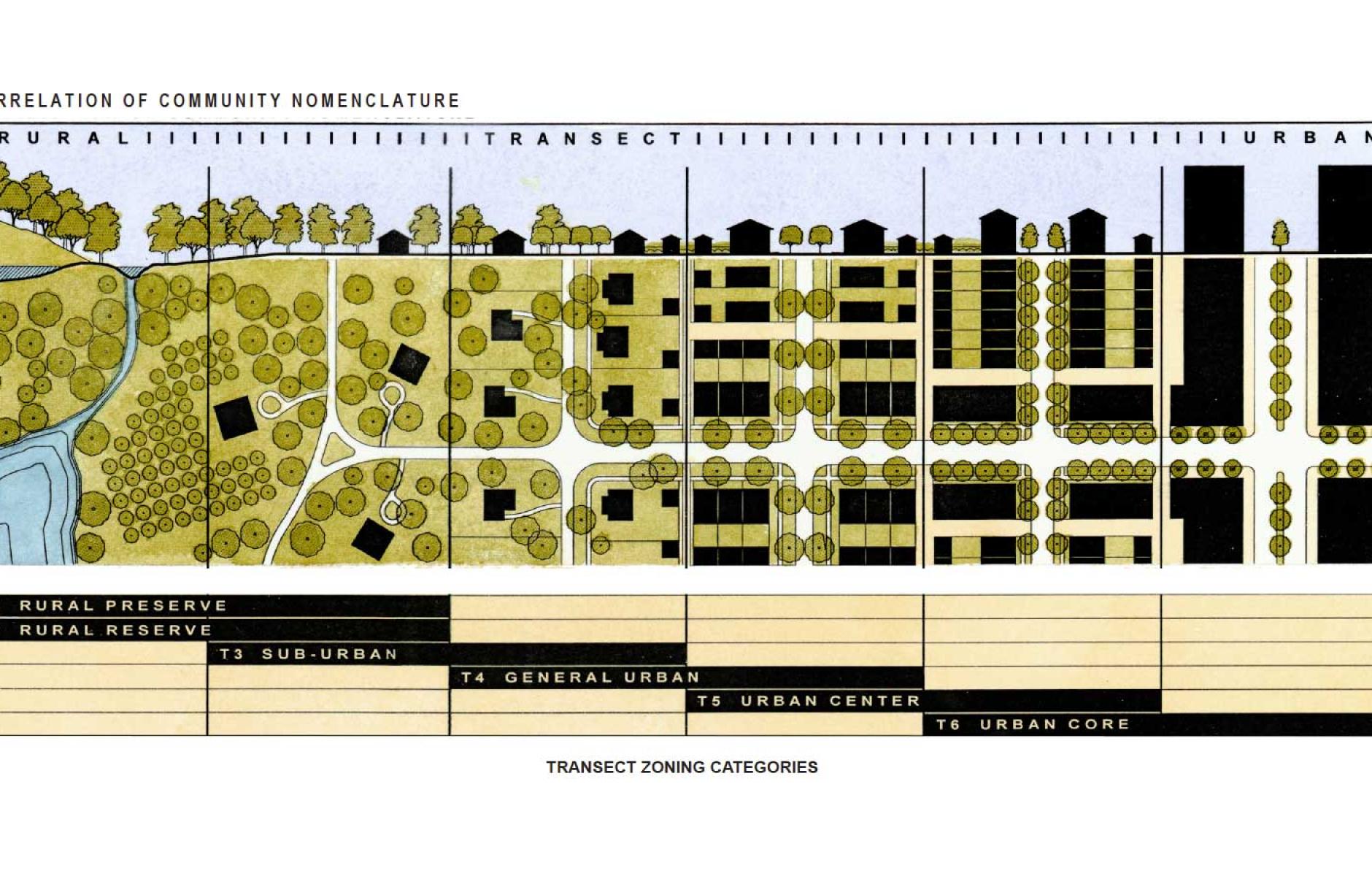 Credit: DPZ Partners
Got A Minute

The Transect: A diagram of diversity

The inspiration for this iconic drawing was a walk from the beach over the dunes and into the scrub woodlands in the early days of Seaside, Florida. Douglas Duany, landscape architect, explained the natural transect to architect Andres Duany, who made a connection between nature and urban form. Andres Duany divided the urban/natural world into six Transect zones, because, he explained, six parts is the maximum number that humans can easily remember. This image was first presented in 1997 by Duany at CNU in Toronto as part of the Lexicon of the New Urbanism.

The Lexicon was published and I wrote the first published article on The Transect in New Urban News in 1999. The Transect first appeared in a code in the Onondaga Settlement Plan, completed from 1999-2001, in Syracuse, New York. It quickly became adopted by many new urbanists in plans and codes in the early 2000s. Now it is the principle that lays a foundation for hundreds of form-based codes and countless urban plans.