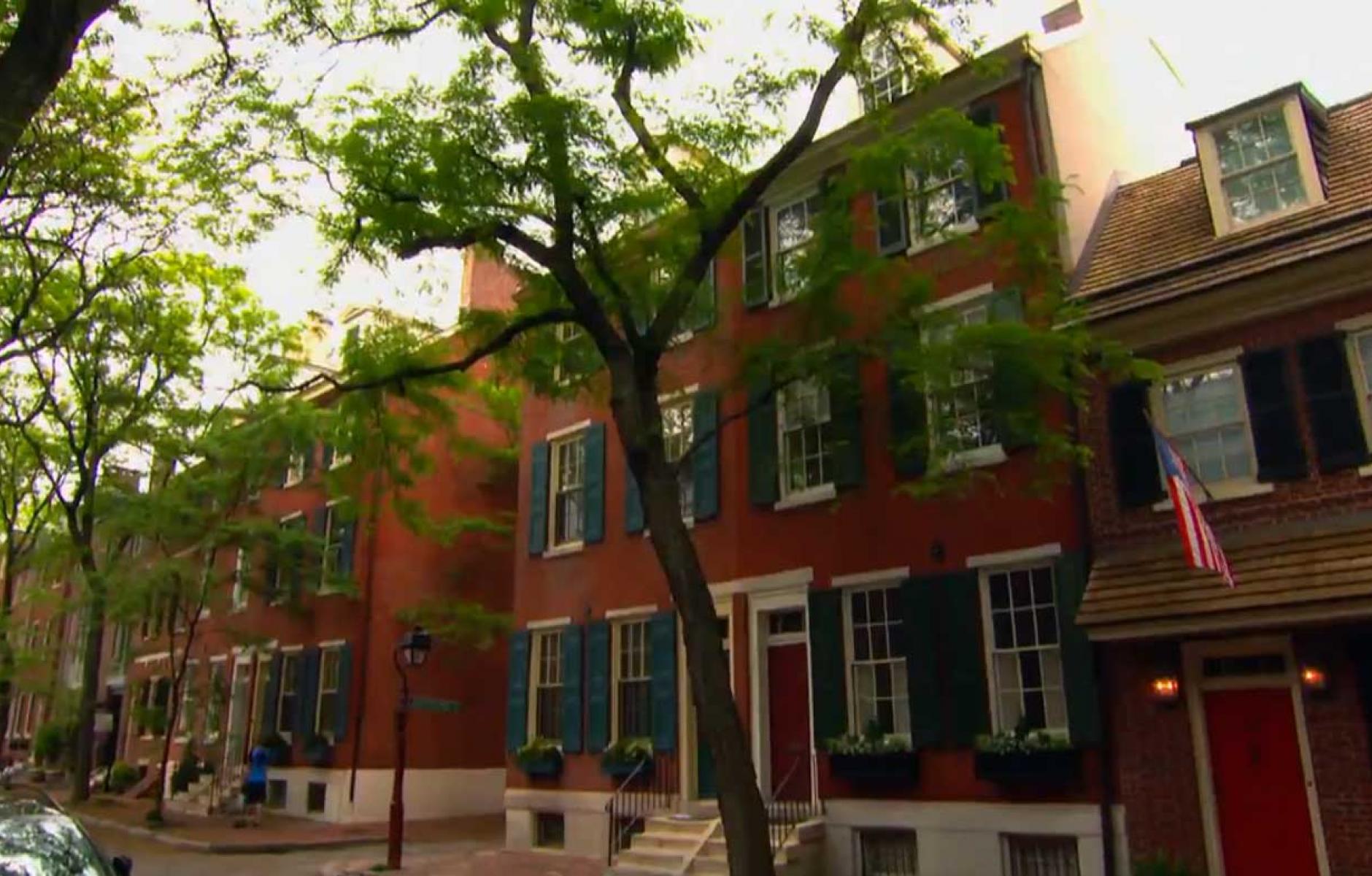 A historic street in Philadelphia: Screen shot from PBS video.

The final two places—Seaside, Florida; and the Pearl District in Portland, Oregon—cover the New Urbanism in the form of new towns and urban revitalization. This show is more confirmation of the strong influence of New Urbanism on modern planning.

A video is available of the first segment, St. Augustine, which reveals this town was one of the first in the US to use the grid—perhaps the most influential settlement pattern in North America. The grid in St. Augustine came from the Law of the Indies, when Charles II of Spain set down a series of specific rules for new settlement. This top-down planning model proved flexible and resilient. It established an "operating system" for new towns. St. Augustine, which is a thriving town 450 years and several regime changes later, proves the sustainability of this pattern. The law also established the shape and character of of the central plaza, which persists today.

I'd rate this show a top priority for urban planning enthusiasts!

Correction: This article originally stated that the show is a three-part series.