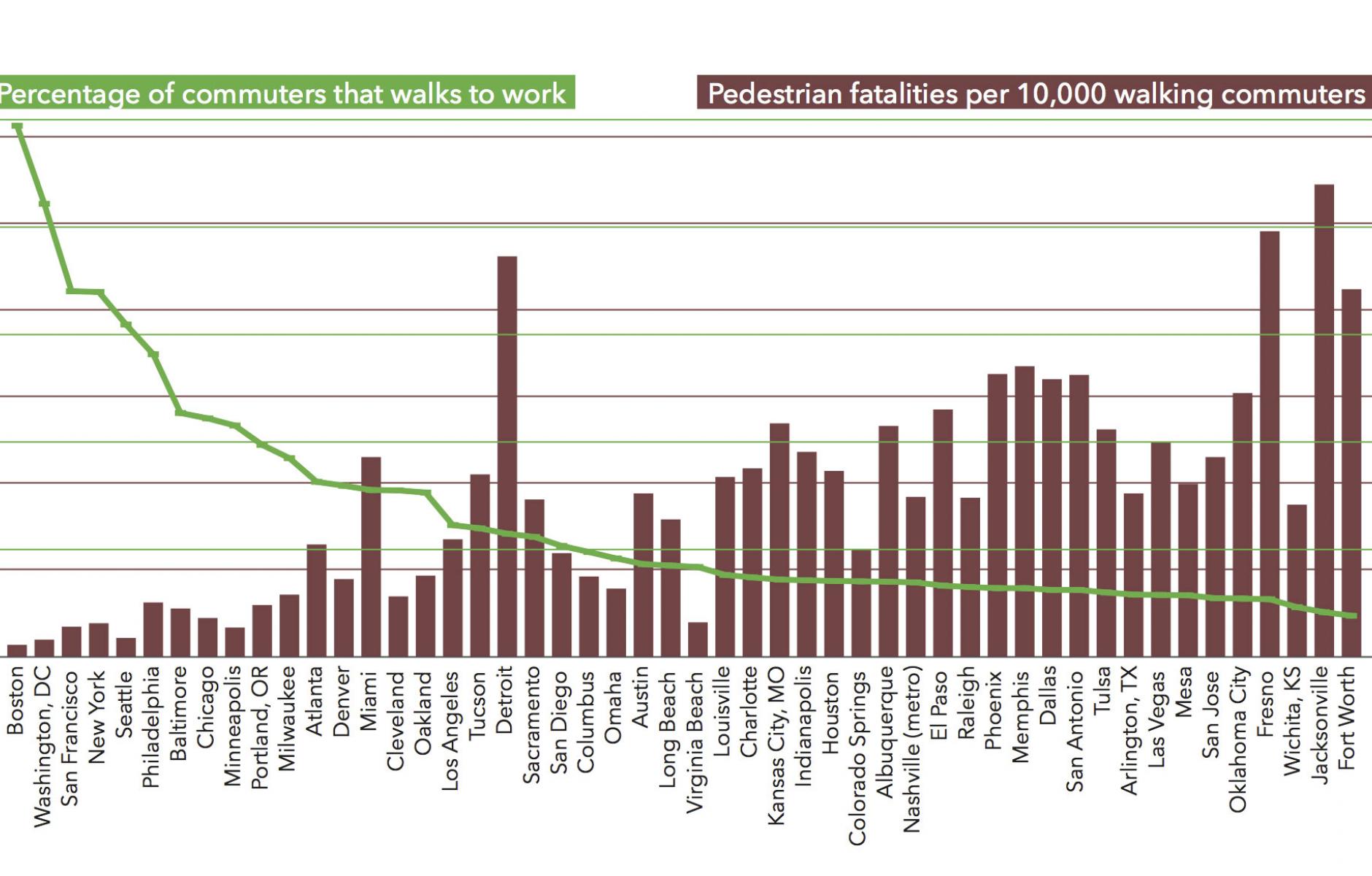 The story of walking in US cities in one graph

This graph, from the 2016 Bicycling & Walking Benchmarking Report, released two days ago, tells you most of what you need to know about walking in US cities. The best 10 cities identified in this graph, where walking is frequent and safe, all have street grids with small blocks and streets. The worst 10 cities, where walking is infrequent and unsafe, are sprawling places with mostly conventional suburban street networks.

The cities that do well for walking are safer for bicycling (the report has a similar graph that proves this). Streets on the right side of the graph are meaner in general: Combined, 8.6 people die in traffic accidents per 100,000 population in the worst 10. Meanwhile, only 4 people die per 100,000 population in the top 10 cities shown above (Public Square researched this yesterday).

The worst cities had the misfortune of having their streets built according to federal and state guidelines.

The Benchmarking Report notes: “in the decade from 2003 through 2012, almost 68% of all pedestrian fatalities were on roadways funded in some part by federal money and designed in accordance with federal guidelines (NCSC, 2014)." State guidelines also endorse these wide-open thoroughfares, where drivers are less careful and pedestrians and bicyclists don't stand a chance.