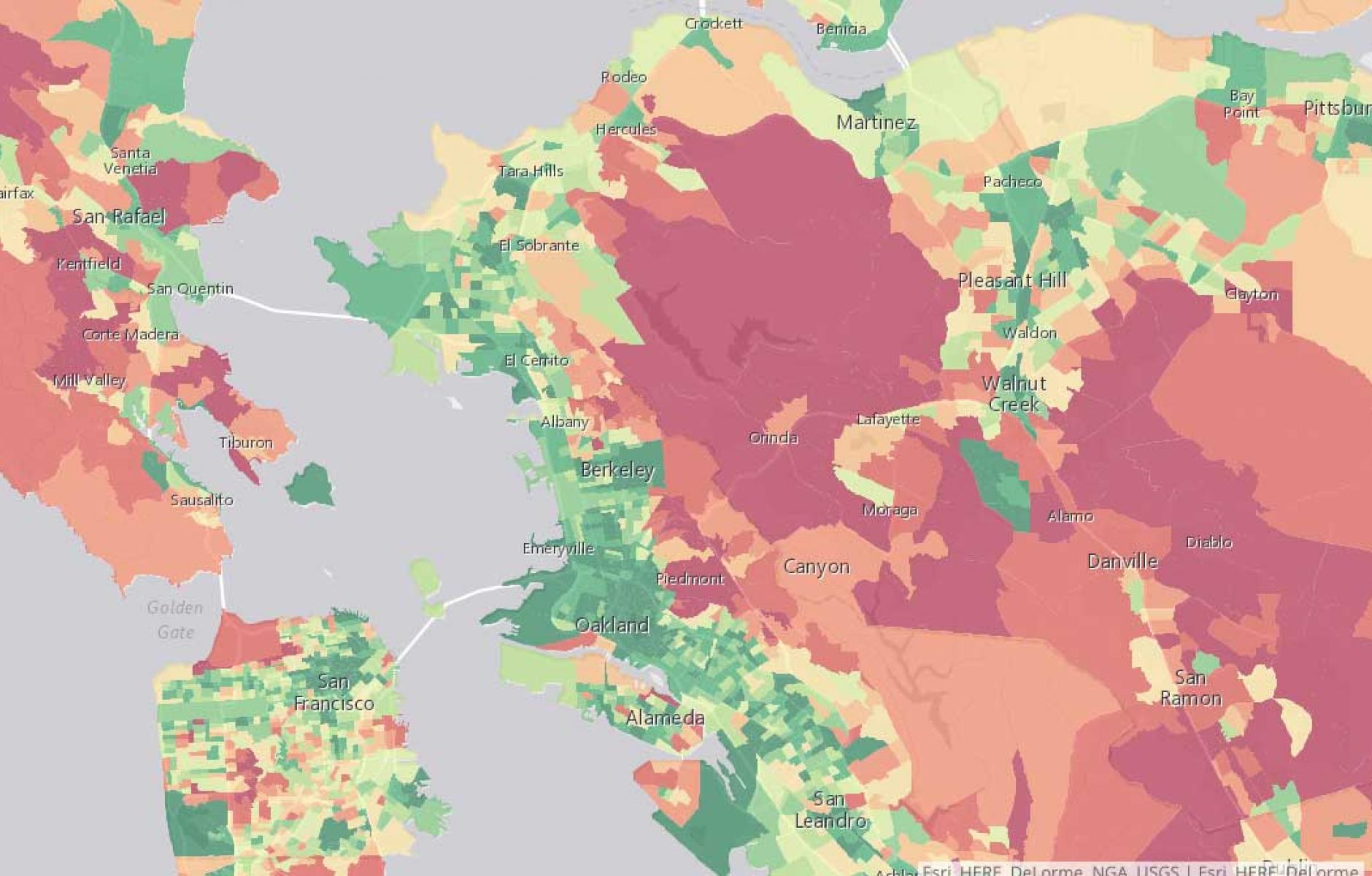 Map shows how cities and towns can fight climate change

The impact of the neighborhood on many sources of climate emissions is clearly visible in this University of California research.
ROBERT STEUTEVILLE   &nbspFEB. 22, 2016

A first-of-its-kind interactive geographic map of carbon emissions was created by the University of California at Berkeley for the San Francisco Bay region, showing in detail how the metro area contributes to climate change. Other interactive maps have been created nationwide showing CO2 emissions from transportation, but this map includes housing, foods, goods, and services in the calculation.

Emission data is gathered by census block groups, which creates a neighborhood-by-neighborhood picture of carbon emissions.

What I like about this map is that it shows one can live a low-carbon lifestyle in smaller towns and small cities throughout the metro region. Cities like San Francisco generate lower carbon emissions per capita—that is well known. Less understood is that carbon cool spots can be found in smaller communities like Petaluma, Napa, San Jose or Redwood City--and in many neighborhoods in those cities. The key is to avoid the sprawl.

As the map shows, more compact walkable areas do indeed have lower per-capita emissions overall, not just from transportation.

"This is the most granular carbon footprint assessment anywhere in the world," said Christopher Jones, the program director of the CoolClimate Network of UC-Berkeley and first author of a study about the Bay Area carbon inventory. "It includes everything: energy use, transportation, food, goods, services, construction, water and waste. No one has compared neighborhoods like this before."

"The Paris climate summit ended last year with landmark national commitments for greenhouse gas reductions, but much of the hard work of reducing emissions will fall on cities to change their residents' behavior,” note the study authors.

"To do that, cities need data on current carbon emissions, and a new map of neighborhood-by-neighborhood carbon consumption in the San Francisco Bay Area provide this critical information, showing in detail how the region contributes to global climate change."