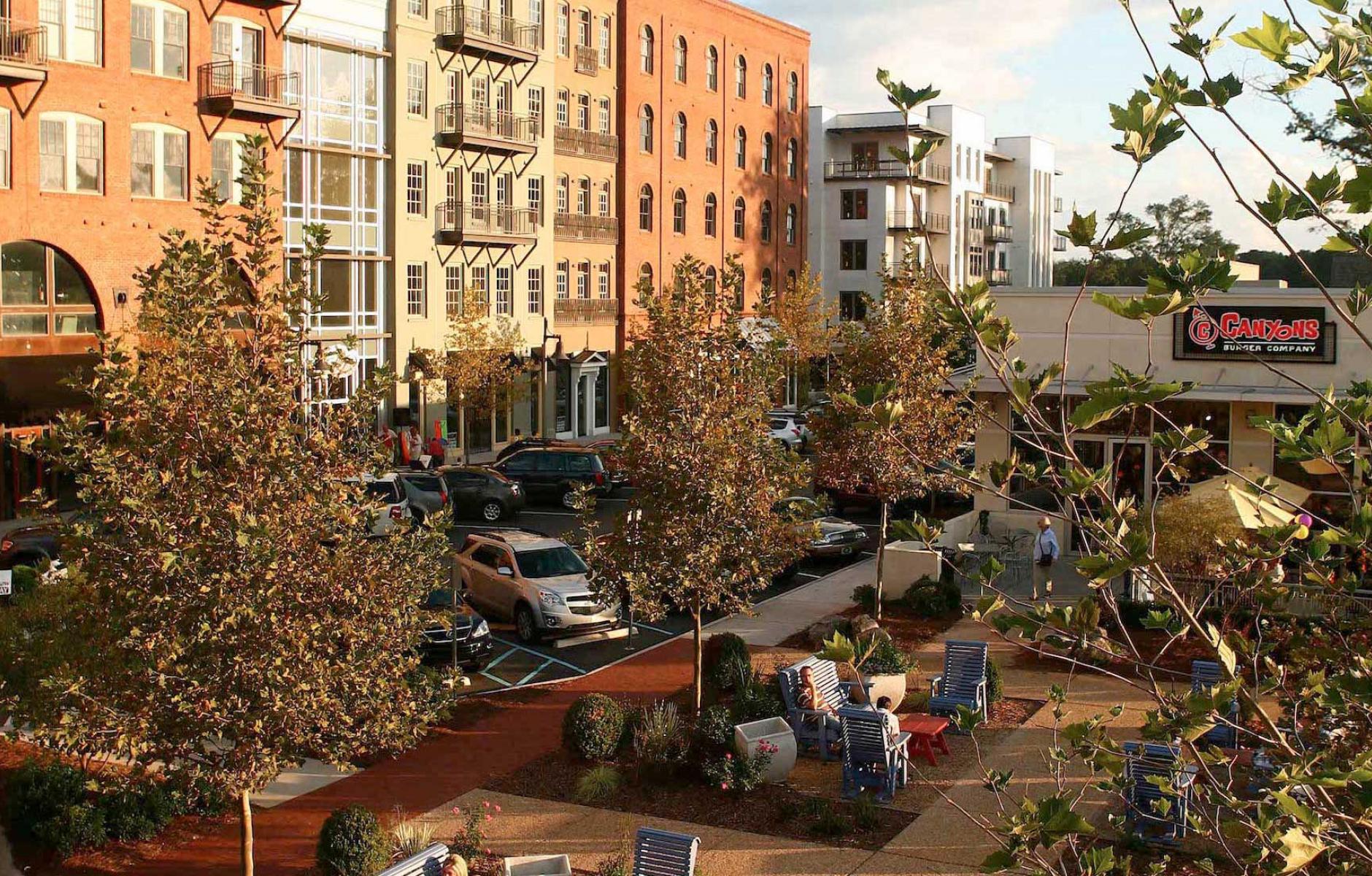 A park in Woodstock Downtown, which is a model for Doraville's new town center.
Retrofit

A Georgia suburb siezes the opportunity of a closed GM factory to plan for a town center.
CALEB RACICOT   &nbspMAY. 19, 2016

Throughout the US, discontent is growing over the state of our cities and towns. Frustrated by traffic congestion, a lack of transportation and housing choices, and places that increasingly resemble nowhere in particular, many elected officials, business leaders, and residents are coming together to envision communities that are often strikingly different from conventional suburbia.

Many residents express concern over the kind of growth they are experiencing, but few realize that this growth has not occurred in a vacuum.  Transportation policies, lending practices, funding priorities, and consumer preferences have all had a profound impact on the shape of our communities. Even more significant, however, are local government zoning and development regulations, which often mandate the very development patterns that many lament, while making anything else illegal.

In order to change the physical design of neighborhoods, towns, and cities, and realize the visions of diverse community-based plans, zoning and development regulations (collectively known as “codes”) must change. However, the ability to implement a new design plan is not the only reason to change existing codes. For one thing, current regulations are often the result of many years of individual text amendments and ordinances, and internal inconsistencies are common in amended regulations. In some communities, codes are even unwritten, but have been applied for so long that nobody questions whether or not they are still valid.

There is no “one size fits all” approach to updating codes. Different communities have different visions, staffing resources, and regulatory priorities. Additionally, different parts of the existing code may work perfectly fine, while others are grossly inadequate. After careful review, one community may benefit from creating minor amendments to existing codes, while others may wish to throw the whole thing out and start from scratch. Not surprisingly, most coding projects fall somewhere in between these two options.

The work begins by reviewing the existing codes and pinpointing how well they do or do not align with the master plan and other public policies. The ability of the governmental staff to administer the codes is always key to this phase. The process leads to a determination of where changes are needed and what they should entail. Typically, these include expanding permitted housing types and uses, addressing the relationship between building facades and the public realm, revising density standards, incorporating streetscape requirements, modernizing parking requirements and much more. The next step is to work closely with local stakeholders to actually write and adopt the necessary code changes.

Once a new code is adopted, some communities transform gradually, while others have dramatic opportunities to redefine themselves. This is the case with the City of Doraville, Georgia—a suburb of Atlanta—where, for decades, much of the commercial and residential development supported the city’s General Motors assembly plant. When the plant was slated to close, city leaders saw the opportunity to create a master plan for a model mixed-use area centered on the city’s public transit station. The plan is designed to improve connections and encourage pedestrian-friendly, mixed-use development (see regulating plan and rendering, below).

Doraville’s traditional code primarily supported single-use development and had to be rewritten to allow increased density to support a vibrant community center and ensure multiple transportation options. The new code has been dubbed, “The Livable Community Code,” and it is already attracting developers eager to participate in Doraville’s renaissance.

It doesn’t always take a major event like Doraville experienced to galvanize a community to envision and bring about positive change. Woodstock, Georgia—a more distant Atlanta suburb—is a great example.  The railroad town was chartered in 1897, but in recent decades, the surrounding strip shopping centers and malls drew business away from Main Street. By the 1990s, it looked like a town that time had passed by.

After studying what had been accomplished in other communities, city leadership brought in a team to recommend how to best revive the town center without losing its history and character. Numerous community meetings were held to solicit input, and from there, a vision was created using the Atlanta Regional Commission’s LCI (Livable Centers Initiative) program.

Because of the LCI, developers were attracted to the city, and ultimately a team of commercial, retail and residential specialists worked together to shape the town.  It quickly became apparent that the new vision could not become a reality under the city’s existing codes, so our firm, TSW, wrote new zoning codes to allow and encourage the higher-density, mixed-use development envisioned by the town’s leadership and citizens.  Woodstock’s elected officials also worked with downtown churches to loosen the existing alcohol restrictions to make the town more appealing to restaurants.

The 32-acre area was officially named Woodstock Downtown. Historic buildings were renovated into shops and restaurants and a new five-story residential building with retail on the ground floor was designed to blend into its historic surroundings (see photo at top of article). New homes of various sizes now surround the downtown area. And, throughout the process, the vision and redevelopment stayed true to Woodstock’s roots as a historic railroad town.

These are but two communities where newly-adopted codes have already started to lay the foundation for a better tomorrow. And, best of all, the new codes not only allow the cities and towns to move forward with today’s vision, but they have paved the way for the communities to grow organically over time to meet the future needs of the new generations who will one day live, work and play there. 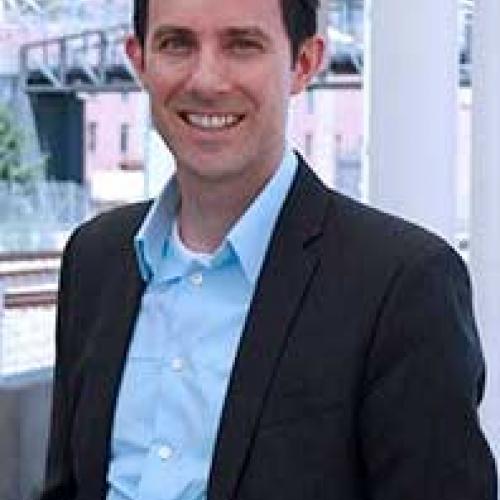