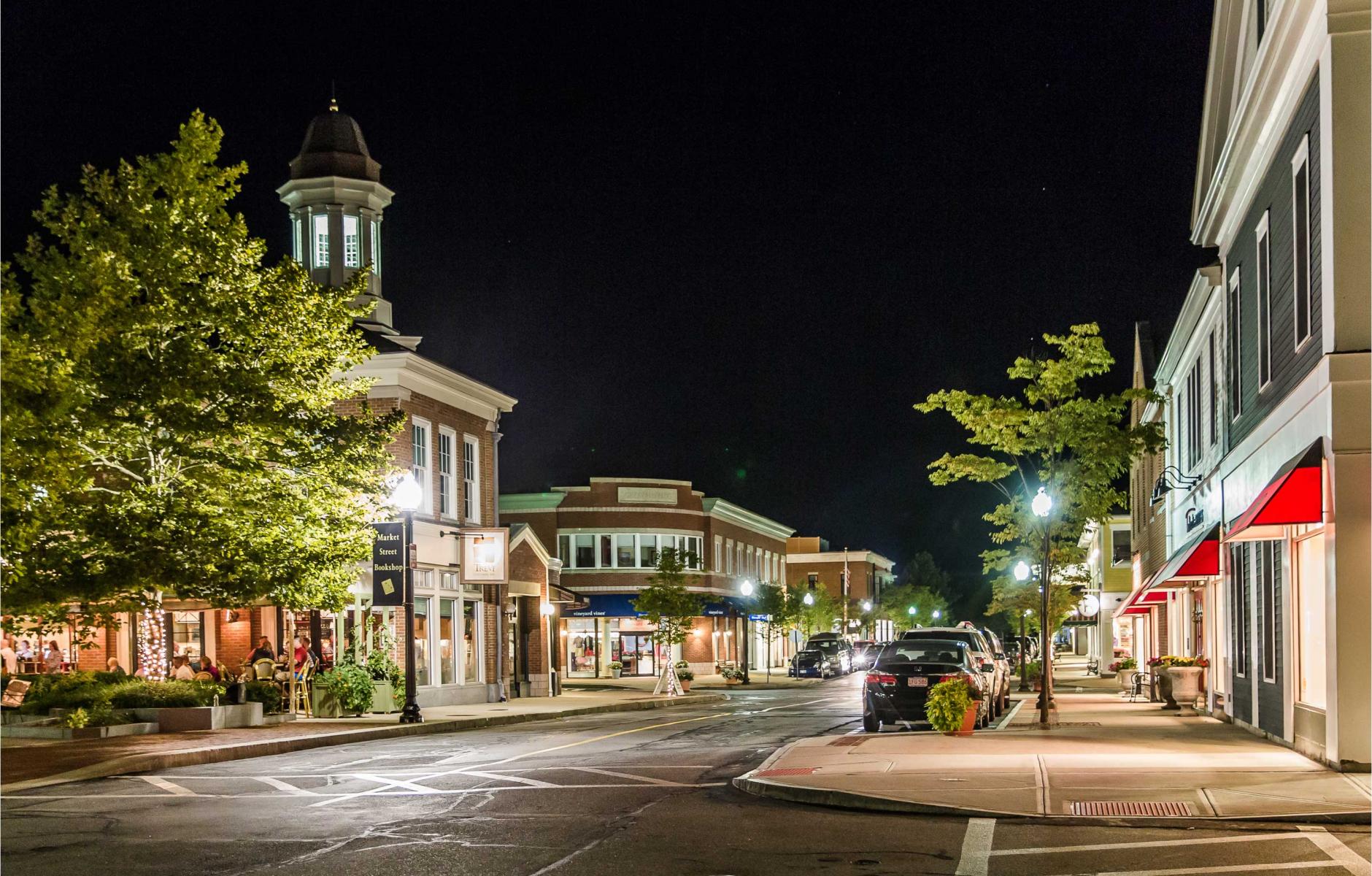 The Build a Better Burb Sprawl Retrofit Council met in Miami to explore opportunities for promoting land-use diversity and transportation choice in the suburbs—with particular focus on the needs of smaller suburbs with less robust markets. A follow–up meeting will be held at CNU 24 in Detroit on June 11.

The Council is gathering like-minded people and generating a toolkit on suburban retrofit to be distributed on CNU’s Build a Better Burb website. The first products are brief reports on specific challenges and solutions—such as one on affordable housing tax credits, another on Where to begin, another on Organizing grass-roots support, and one on the Main Street Center as a model.

In Detroit, the Council will discuss peer-to-peer idea sharing and problem-solving, and other topics related to this project.

Yet more suburban communities and developers would participate if regulatory, political, financial, and infrastructure-related hurdles are overcome. Council attendees discussed practical steps to Build a Better Burb—including gathering the political will.

The problems and opportunities are enormous. The US will add 100 million residents in the next 50 years, far more than can fit in core cities of major metro areas, notes Galina Tachieva, author of The Sprawl Repair Manual, and lead organizer of the event. More than 70 percent of the residents of the nation’s 51 major metro areas live outside core cities, she says, and these people have a powerful economic and environmental impact.

One emerging opportunity in the Build A Better Burb sphere is harnessing the preference of corporate developers chasing millennial workers. They now understand the power of walkable, transit-oriented, mixed-use contexts to anchor office.

The Council heard about Montgomery County, Maryland, which is suffering from high vacancy rates at its single-use suburban office parks—a nationwide trend. As talented workers seek mixed-use, walkable workplaces, employers are following. Montgomery County is fortunate to have historic central business districts that are thriving, but were struggling 20 years ago. However, the county is scrambling to save its suburban business parks by providing transit, better public spaces, and social activity.

In Doral, near Miami, attendees toured a project that highlights the retrofit opportunities in outdated office parks.

Downtown Doral is being built on the site of a 1970s business park that had 33 buildings and 1.5 million square feet of office space on 120 acres. The site had no sidewalks, parks, transit, or mixed-use, and the peak hour traffic was terrible. By the mid-2000s, the buildings no longer met code or appealed to the market. In the last decade, five buildings were refurbished and the rest are being replaced with a new city center.

Masterplanned by DPZ Partners, the project includes 2,840 residences, almost 1 million square feet of office space, 180,000 square feet of retail, a popular Charter School, and a town hall. Developers calmed traffic and installed sidewalks, broke up superblocks with new streets, and built public spaces. The remaining office buildings are rejuvenated and developers are building 23 units per acre and introducing diversity in what was a suburban monoculture.

Doral, a community with 80 percent Hispanic population, the highest in the nation, now has a city center where none existed before. “The city was supportive of a drastic change of use and density,” says Ana-Marie Codina Barlick, CEO of Codina Partners.

The political climate for reforming suburbs is becoming more favorable in some communities. Mashpee Commons, the first suburban retrofit, is a case in point (see photo at top). Transformation of the former New Seabury Shopping Center in Mashpee, Massachusetts, into a town center began in 1986—and made rapid progress for 10 years. After that, regulatory challenges and public perception halted the planned neighborhoods surrounding the center for 20 years.

But now after decades of promoting large-lot development on septic systems, the regional planning authority, the Cape Code Commission, is supporting higher-density activity centers as a way to protect their watershed. Their analyses show significant environmental, financial, and regional traffic benefits from expansion of Mashpee Commons. The long-planned neighborhoods recently came under construction, Thomas Feronti of Mashpee Commons told the Council.

In many communities, political challenges, NIMBY opposition, and infrastructure-related issues hinder change. “The most difficult and most important obstacle is members of the public who have all kinds of negative connotations to that word ‘urban’ or cities,” says Casey Anderson, chair of the Montgomery County Planning Board, and a presenter at the Council.

Promoting mixed-use often runs into opposition from long-time residents who fear worse traffic. “Trying to explain the relationship between urbanist ideas, land-use, and transportation is difficult,” he says. “People are intensely skeptical.”

The shortage of high-amenity neighborhoods

Suburban retrofit could play a pivotal role in the larger metropolis as a safety valve for gentrification in the city, notes John Anderson, a new urbanist developer. “Artists are moving into ranch houses in Duncanville, Texas, an inner suburb of Dallas,” he says. “They can afford to live there, and they are squeezed out of Deep Ellum,” a now-upscale Dallas neighborhood. “The problem is that they have to eat at Applebee’s.”

Since many of the inner-ring suburbs are struggling financially, they could benefit from the investment and amenities that come from mixed-use and density. “There’s an opportunity for more market rate housing—as long as we create enough of it, it doesn’t wind up displacing everybody,” says Casey Anderson.

In order for suburban retrofit to proceed, critical issues must be addressed, says John Anderson. Codes have to change—it’s not fair to ask the developer to be the guinea pig and implement zoning reform. Also, the municipality must show a commitment to transform automobile-oriented streets. Silos also have to be broken down—the fire marshal or public works director shouldn’t have veto power over a project.

As a developer, he looks to a triad of support: Elected officials, municipal staff, and citizens. “If you have two out of three in your corner, they might be able to bring the third along,” he says.

The Build a Better Burb Council worked in five tracks, which are listed below with a synopsis of conclusions:

1. Municipalities. Municipalities are lynchpins in suburban retrofit. They have control over codes and parking. They can allow mixed–use and accessory units. They can invest in infrastructure and work with state Departments of Transportation (DOTs)—although many are reluctant to do so and/or lack capacity to negotiate complex Public Private Partnerships. They can target specific areas, like dead malls or car-centric thoroughfares, for transformation. However, like cities, suburban municipalities are often hampered by state and federal programs that maintain suburban standards. Perhaps a coalition of suburban towns interested in urbanism could help reform programs like the Low-Income Housing Tax Credit (LIHTC), to encourage more investment in car-optional neighborhoods, and persuade DOTs to change.

2. Developers. Developers have a lot to gain by suburban retrofit, and many are jumping in at all scales—when they get support from municipalities. Ensuring that small builders and developers can participate is a challenge. Building codes—especially sprinkler requirements—can kill a small, infill mixed-use building.  In order for developers to create urbanism, the ground has to be prepared (there has to be “fertilizer”). Coalitions of property owners can sometimes be incentivized by density increases to pay for walkable street network improvements but more often areas identified for this kind of growth in a visioning plan or comprehensive plan may need public infrastructure improvements before developers will be interested.

3. Citizens. Citizens remain the biggest wildcard in suburban retrofit. Getting them on board is critical. Citizens must be engaged on issues that they care about, such as economics, social isolation, and public health. Educational issues should be tailored to citizens—that includes shorter pamphlets and videos.

4. Finance/infrastructure. The “first mover” paradox is a challenge. Infrastructure deals tend to be custom negotiations requiring each party to see benefits for the other. Often supplying the transit or street infrastructure to begin is too much for the first phase of the first development project. Developers may need special districts like Tax Increment Financing to get started, but citizens have to be educated on the advantages, including higher tax revenue per acre. The public sector can help reduce the developer’s risk and ease financing through rezoning and/or contributing public land. Nonprofits can also be helpful players in financing projects—especially through revolving loan programs such as those used by the Georgia Cities Foundation to help the State’s Main Street Program. Single-use campuses provide opportunities for Better Burb infill.

5. Equity. The very idea of providing transportation choice in the suburbs is a key for equity, and linking that to affordable housing is essential. Choice includes walkability and bikability as well as various forms of car-share and transit. Overcoming NIMBY resistance to affordable housing remains a major challenge. However, well-designed “missing middle,” liner buildings, micro units, and accessory dwellings are growing in popularity and acceptance. Land trusts, transit-oriented development funds, inclusionary zoning, reducing parking minimums, protections for existing affordable housing and requirements for 100 percent replacement units when garden apartments are densified are some of the policies and incentives that communities should consider to implement equity.

The Build a Better Burb Sprawl Retrofit Council was hosted by the Congress for the New Urbanism and DPZ Partners. See buildabetterburb.org for more information.