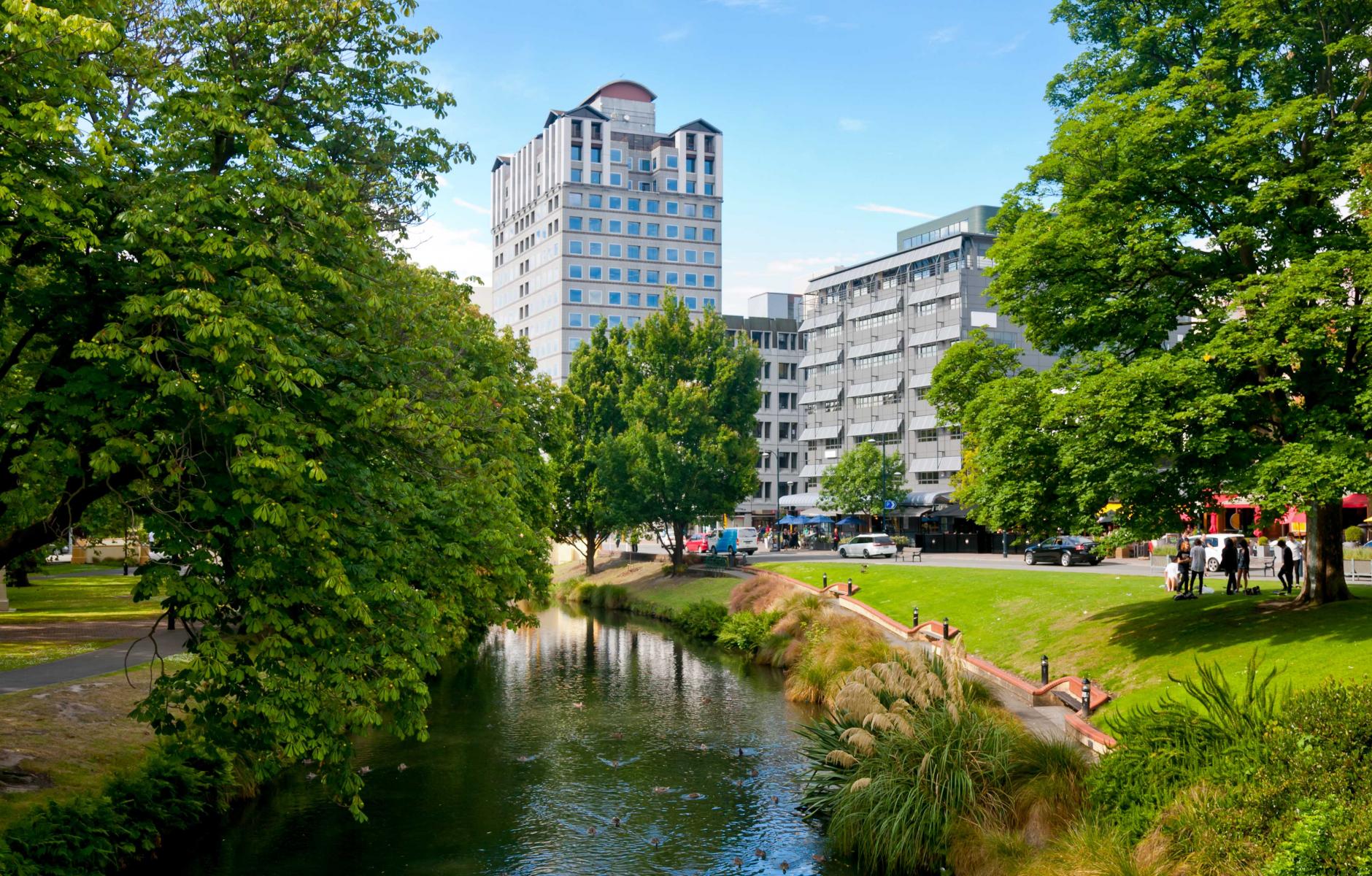 America’s Urban Future: Lessons from North of the Border

As the US plans to meet its massive urban challenges, we believe that a comparison with Canada is particularly useful—more so than more widely discussed European models, whose relevance tend to be rather more aspirational than practical.
RAY TOMALTY, ALAN MALLACH   &nbspMAR. 31, 2016

Note: This article is part of a collaboration between Island Press and Public Square on a series of articles based on recently published books on subjects related to urbanism.

Today is a time of crisis and opportunity for urbanism in the United States. By 2050, the United States will have to find room to accommodate 75 million more people, spend trillions to repair and replace deteriorating and often obsolete infrastructure, and adapt cities and suburbs alike to the near certainty of massive climate change. How we address these challenges will not only determine the course of growth for both central cities and suburbs in the United States, but will largely determine the physical environment, quality of life, and standard of living for what will be a nation of 400 million people. As we move forward and try to figure out how best to address these challenges, we need—to put it bluntly—all the help we can get. Although there are many good models of urban planning, smart growth, and urban transportation within the United States, there are many more in other countries. We need to learn whatever we can from them about what they offer to help guide thinking and action in this country.

We are not the first to come up with this idea, and we will not be the last. Over the past decades, many scholars and practitioners have looked at other countries with generally similar levels of development, that is, highly urbanized and postindustrial countries like Canada, Australia, and in particular, the advanced economies of Western Europe. We believe that a comparison of the United States and Canada should be particularly useful, arguably more so than more widely discussed and disseminated European models, whose relevance for the United States tends often to be rather more aspirational than practical.

There is no question that European examples of urban sustainability and the robust policy initiatives that have given rise to them should be of interest to American audiences, but we share a lingering doubt about their relevance. Cities of the Old World are simply too different from those of the United States, as are European governmental institutions, legal principles, and systems of taxation. Canada offers what may be a more useful model, one close enough to be comparable yet different enough to be instructive.

Cities in Canada seem to fall somewhere between cities in Europe and the United States on most indicators of urban livability and sustainability. They are extraordinarily similar to cities in the United States in their spatial system and built environment. They typically have an older core, usually based on a grid street system, with the tallest buildings clustered in a historically largely nonresidential downtown, surrounded by inner-core residential areas. This core is surrounded in turn by industrial areas, many of which are today either fallow or redeveloped for other uses, and relatively tightly knit older suburbs. Beyond them in turn are the newer suburbs, forming a steadily expanding ring of low-density, car-dependent, sprawling development. Highways crisscross the region, linking central cities with suburbs, ringing the suburbs, and linking it with other regions, producing an interconnected system of limited-access, highspeed roads. Public transit infrastructure, particularly fixed-rail transit, in most North American cities is modest compared with that of many European cities.

Canadian cities and regions have been subject to many of the same larger forces—including rapid population growth, large-scale immigration, historically inexpensive energy, abundant land resources, and a strong market economy— that have shaped US cities. The United States and Canada are akin as well in their governance structures, including the basic federal system of government, and a common planning system grounded in comprehensive or master plans, subdivision control, and zoning. All these factors suggest that the Canadian experience is likely to be highly relevant to conditions in the United States.

A closer look reveals important distinctions, however. Most Canadian central cities have core areas that are lively around the clock. In those areas, people generally drive less, use transit more, and are more likely to be seen riding bicycles on city streets than in similar US cities. Most older suburbs are still highly desirable communities, and newer suburbs are more compact and better served by transit. Urban-suburban social and economic disparities are less pronounced and, in many cases, nonexistent. Both racial segregation and economic segregation are less prevalent and rarer in Canadian cities than in US cities, families with children are as likely to live in central cities as in suburbs, and urban schools are considered as good as their suburban counterparts.

Canadian cities and metropolitan areas, or metros, are no more homogenous than are those in the United States. Some cities like Toronto are compact with many walkable neighborhoods and extensive transit systems, whereas others like Calgary and Saskatoon are less compact and relatively car-dependent, just as Portland, Oregon, can be similarly contrasted with cities like Dallas or Houston. Canadian cities suffer from many of the same ills as their United States counterparts. Growth in fringe areas outweighs growth in the already urbanized areas, much commercial activity takes place along car-dependent arterial strips, power centers and big-box stores have multiplied, automobile ownership is high, and congestion is a serious problem in larger urban centers. Meanwhile, much employment has shifted to suburban office parks often poorly served by transit.

Given the two nations’ many institutional, cultural, and economic similarities, one must wonder why their cities and regions have diverged to such an extent in terms of urban form, reduced car dependency, and livability. Although there are cultural differences between Canadians and Americans, we believe that those are less important than some observers have suggested, except—and we do not underestimate this point—as they serve to provide a value-based underpinning for policy differences. It is those policy differences, however, that interest us: how each nation—its states or provinces and its individual municipalities—has attempted to shape growth and development and how those differences lead to different outcomes in terms of livability and sustainability.

We are concerned about the future of our cities and regions, both in the United States and Canada, and about their livability and sustainability as they confront the challenges of the coming years. Those terms are fraught with political and social as well as economic and environmental implications, and we should make our own perspective on those terms—and their relationship to urban growth and change—clear.

We are not anti-suburb or anti-car. Suburban development, beginning in the late nineteenth century, has enabled millions of families in the United States and Canada to live better lives, and the automobile has given millions of people an unprecedented level of mobility and opportunity. At the same time, we believe that both suburbanization and automobile dependency carry with them dangerous baggage. The line between suburbanization and sprawl is a fine one, and it is not always easy to tell until long after it has been crossed. As regions sprawl, some may gain; much, though, is lost, not only in terms of excessive, wasteful consumption of land, energy, and resources, but in terms of the disconnection of the parts from the whole and an increasing inequality of resources and opportunity within the region. Automobiles are invaluable for some purposes, but car dependency, particularly for the journey to work, has triggered unsustainable levels of energy consumption, congestion and disruption of quality of life. These concerns go directly to both livability and sustainability.

For all the much-vaunted quality of life in many United States metropolitan areas, we, along with many of our colleagues, find ourselves deeply concerned about many of its manifestations. As we look at our regions as they have spread across the landscape, sprawl has fueled increasing spatial barriers to opportunity and increasing disparities of social and economic condition. Ghettoization of the poor and minorities is unabated and, indeed, has spread to many of the modest postwar inner-ring suburbs, the first destination of white flight in the 1950s and 1960s. Despite signs of revival in downtowns and around universities, older cities in the United States remain deeply distressed, and the phenomenon of “sprawl without growth” as land consumption at the fringe exceeds regional population and household growth continues. Our ideal of a livable region is one in which all residents can enjoy a decent quality of life and can find opportunity, without regard to their income, family status, or where they fit into the spatial system of the region. Although no region fully meets that test, those in the United States fall far short, appallingly so, in light of our resources as a nation.

We share the same concerns about the sustainability of the growth pattern that the United States has followed over recent decades, in particular the profligate consumption of land, resources, and energy associated with growth and the potentially dire consequences of that for our future and that of our children and grandchildren. By definition, a sustainable course of growth is one that will enable not just North Americans, but people throughout the world, to live a decent quality of life that can be sustained over the long term within the limits of the planet’s resources and its natural environment. One cannot look at our world today without deep concern that we may have already failed; the evidence is increasingly compelling that we are creating long-term and potentially disastrous changes in our natural environment, while billions still live in poverty and want.

The US policy climate at the national level is bleak, with a Republican Congress and Democratic president deadlocked on many policy areas—not the least of which are renewable energy and climate change. At the same time, this is not the entire story. Cities are being transformed by migration of young, highly educated adults, and historically car-dependent cities like Houston, Texas, and Tucson, Arizona, have built light rail lines as they try to turn their downtowns into higher-density, mixed-use places. The times they are a-changing, and we believe that there is a thirst in the United States for policies that can begin to turn the many one-off, scattered, transformative efforts into systematic change.

Policy changes can have an effect in three distinct areas: Suburban greenfield development, suburban infill and intensification, and urban revitalization.  Any one of the realities that we mentioned at the beginning of this article—tremendous population growth, deteriorating infrastructure, and climate change—should be enough to make us think seriously about changing out modus operandi. All three, taken together, are a rousing call to action. 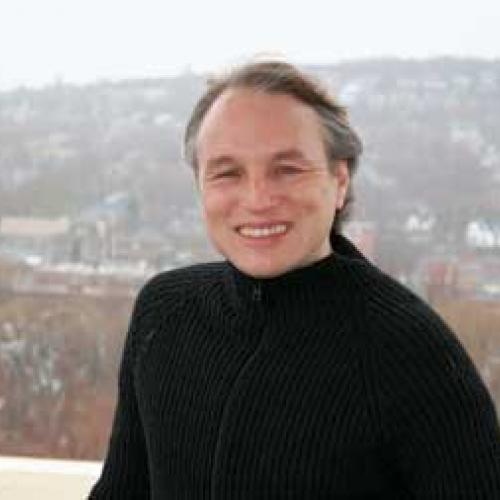 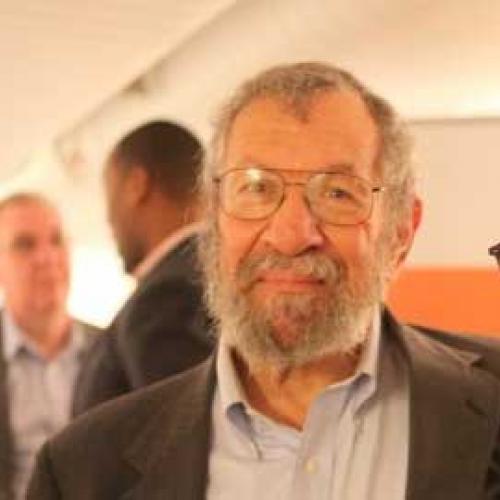