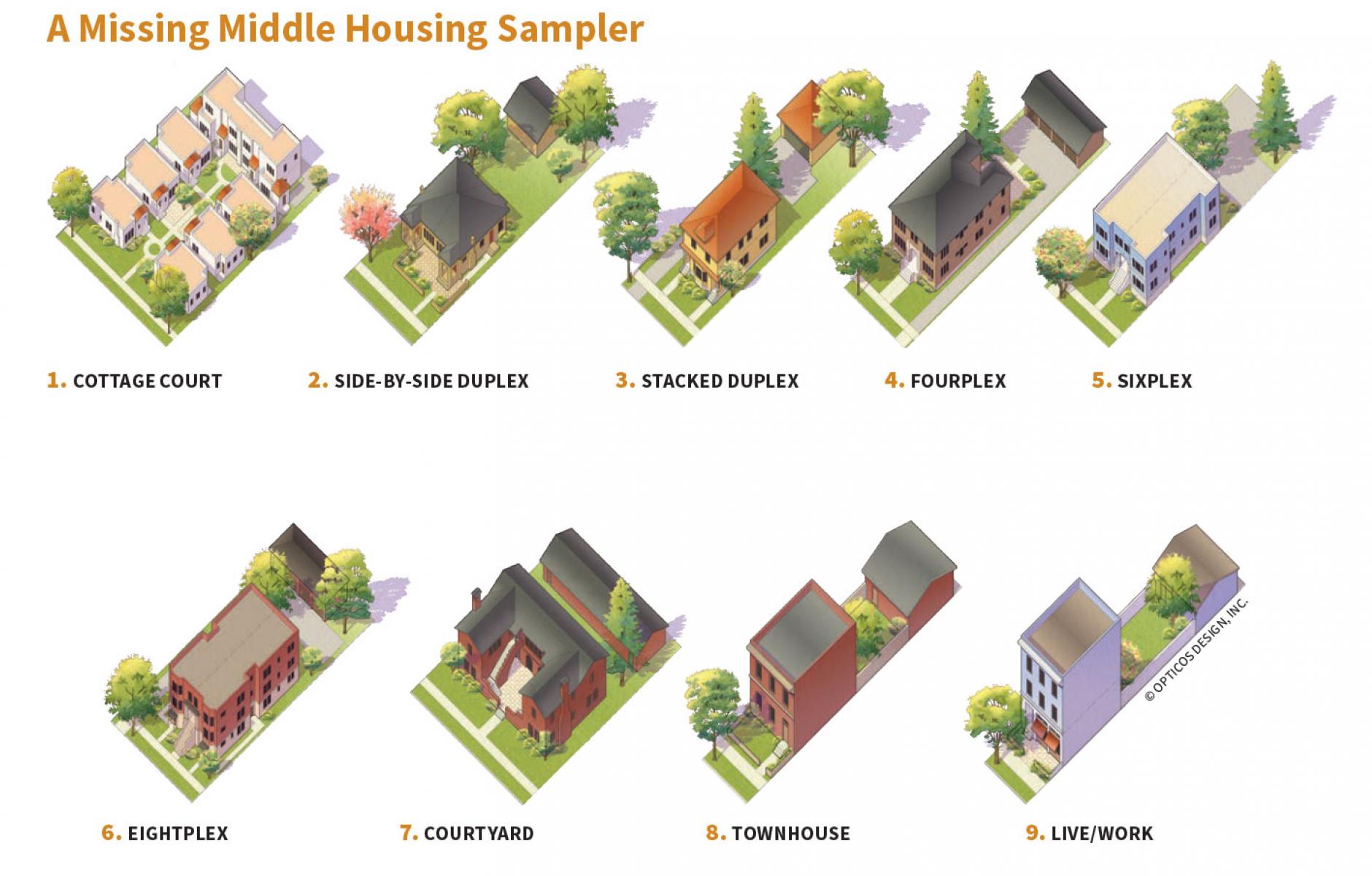 From the report by AARP and Opticos Design.
Got A Minute

A primer on Missing Middle Housing

AARP, an interest group representing older Americans that claims 38 million members, has increasingly become involved in housing issues (including ongoing work with CNU on code reform). In between sending me direct mail for many years, AARP has found time to release a useful primer on “Missing Middle Housing,” with architect and urban designer Dan Parolek of Opticos Design.

The report, called Discovering and Developing Missing Middle Housing, is available as a free download. The report explains missing middle housing, why it is missing, its benefits, and tips on its planning, design, and development in communities.

As stated by AARP, here's the primary argument for the Missing Middle. “Across the United States, there is a mismatch between the available housing stock and what the market wants and needs,” the report states. “As a nation, we need a shift in how homes are designed and developed. So-called Missing Middle Housing is a critical part of the solution.”

A few years ago, I interviewed Parolek, his wife and business partner Karen Parolek, and developer Paddy Steinschneider about Missing Middle for the 25 Great Ideas of the New Urbanism series. Here's how I led into the topic: “Berkeley-based architect Dan Parolek coined the term missing middle, accompanied with a diagram, to communicate the housing choices—increasingly in demand today—that are ignored or discouraged by conventional planning and development. These types range from small-lot single family and townhouses, to stacked townhouses and flats, duplexes, triplexes, quadriplexes, courtyard housing of various kinds, and small apartment buildings. Missing middle offers low-rise density, diversity, and forms the backbone of the quintessential American neighborhood.”

The concept has been refined since my interview, and that is reflected in the AARP report. Those refinements include some very good images, such as the ones at the top of the article, which help to further explain the concept.